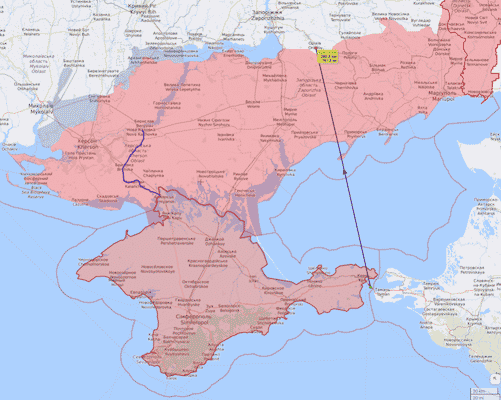 Today the foreign minister of the Russian Federation, Sergei Lavrov, announced the extension of the land in Ukraine that Russia intends to capture.

It will depend on the maximum weapon range of the systems the Ukraine will have under its control. 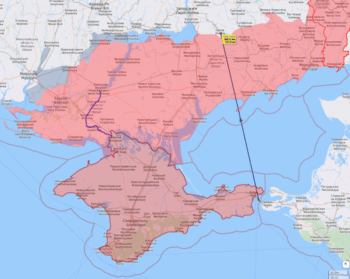 Lavrov: deliveries of long-range weapons to Kyiv will expand the geography of the special operation

MOSCOW, July 20 – RIA Novosti. If Ukraine receives long-range weapons from Western countries, then the geographical tasks of the special operation of the Russian troops will change, Russian Foreign Minister Sergey Lavrov said in an interview with Margarita Simonyan, editor-in-chief of RT and the Rossiya Segodnya media group.”The President said very clearly, as you quoted him – denazification, demilitarization in the sense that there are no threats to our security, military threats from the territory of Ukraine, this task remains,” the minister stressed.

At the same time, he recalled that during the meeting of the negotiators in Istanbul at the end of March, the situation on this issue was significantly different.

“Now the geography is different. It is far from being only the DPR and LPR, it is also the Kherson region, the Zaporozhye region and a number of other territories, and this process continues, and continues consistently and persistently,” the head of Russian diplomacy added.

He pointed out that as the West, in impotent rage or in a desire to make the situation as bad as possible, pumps more and more long-range weapons into Ukraine, for example, HIMARS, the geographical objectives of the special operation will move even further from the current line.

“Because we cannot allow the part of Ukraine that Zelensky will control or whoever replaces him to have weapons that will pose a direct threat to our territory and the territory of those republics that have declared their independence, those who want their future decide for yourself,” he concluded. 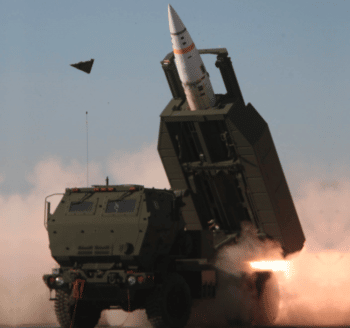 Note to Washington: If you deliver HIMARS missile to Ukraine with an extended (300km instead of 80km) range, Russia will have to move further into Ukraine to secure its own and the Donbas republics borders.

This comes after calls in Ukraine to hit the bridge over the Kerch street that connects Crimea with Russia with extended range HIMARS missiles. The nearest point of the area which the Ukraine still holds is some 260 kilometer away from the bridge.

There are also rumors that the Ukraine has already received such missiles. Via Naked Capitalism:

Zelensky Orders Troops to Hold Siversk Despite Heavy Losses, Purges More Officials; Putin in Tehran – Alexander Mercouris.Note in particular starting at 10:10, Mercouris reports that DPR official Eduard Barsurin has stated that Ukraine has received the 300 km missiles for the HIMARS. Ukraine has made clear it intends to hit targets in Crimea, which Russia regards as Russian territory, particularly the Kerch bridge. Mercouris thinks it would take an awful lot of missiles to do that, as in more than Ukraine has now, but any strikes at Crimea would lead to very forceful retaliation by Russia. Ukraine is smoking something strong if it thinks that will lead the West to do meaningfully more for Ukraine than it is doing now.

Mercouris is wrong when he claims that the long range HIMARS missile would only have a small warhead as it must be fired out of one of the 6 tubes of the regular HIMARS canister. The long range missile is the ATACMS. It comes in a different canister which has only one tube for a missile with a diameter of 610 mm. It can be fired by all systems that usually fire the 6 missile canister.

The version of the MFM-140 ATACMS missile that would most likely be used is the M57 (ATACMS TACMS 2000):

It carries the 500 lb WDU-18/B penetrating high explosive blast fragmentation warhead of the U.S. Navy’s Harpoon anti-ship missile, which was redesignated as WAU-23/B when used in ATACMS.

It is not the ideal warhead to attack a hard target but it is significant enough to at least heavily damage the Kerch bridge. 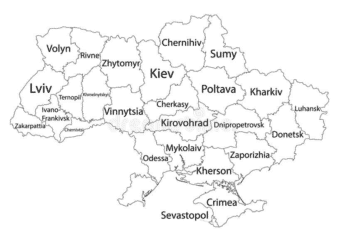 If it should be used Ukraine will lose all land that is within 300 kilometer of Crimea, the Donbas and Luhansk oblasts and Ukraine’s northern border with Russia. Odessa is only 180 kilometer from Crimea and Kiev some 200 kilometer from the nearest Russian border. If we take Lavrov’s words seriously those cities would come under Russian occupation should an extended range HIMARS missile be used.

It is far from being only the DPR and LPR, it is also the Kherson region, the Zaporozhye region and a number of other territories, ..

The number of other territories will have to include the Kharkiv and Dnipropetrovsk oblasts to protect the border of Donetsk and Luhansk from longer reaching weapons. Mykolaiv and Odessa may have to be taken to protect Russia’s oil and gas installations west of Crimea. The Ukraine has already attacked those with longer range weapons.

If I were a Ukrainian decision maker I would take Lavrov’s threat very seriously.

The longest reaching weapon that the U.S. and Great Britain have delivered to Ukraine so far is the Harpoon anti ship missile with a range of 124 kilometer which is near to the 120 kilometer range that Ukrainian Tochka-U missiles have. The Russian defense ministry had previously claimed that at least two Harpoon launchers had been destroyed. According to its daily report another one was eliminated yesterday near Usatovo in the Odessa Region.