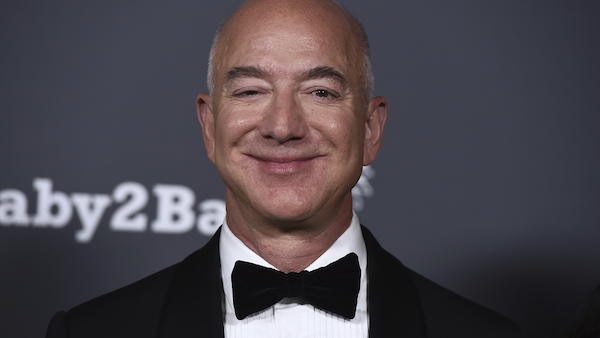 Amazon, the $1.25 trillion company founded and led by Washington Post owner Jeff Bezos, has announced that it is acquiring One Medical, a private equity-backed primary care provider that generates over half of its revenue from a for-profit Medicare program.

While Amazon’s profits from its core consumer retail business are dwindling, in part because of heightened competition from brick-and-mortar retailers that were shut down at the beginning of the COVID-19 pandemic, the corporation’s cloud computing division, Amazon Web Services, continues to enjoy robust profits thanks in part to generous government contracts. Now Amazon could be attempting to build on that federal largesse by seeking to milk revenue from Medicare, the national health insurance program for seniors and people with disabilities.

Amazon, which has broad market power, reach, and influence, could use its new platform to advance the cause of Medicare privatization at a much more aggressive pace. The consequences wouldn’t just mean more taxpayer dollars funneled to the mega-corporation, but also Medicare recipients facing a health care system with ever more resources being allocated to profit instead of care.

The deal must go through normal regulatory approval processes. Advocates have pledged to oppose it.

“Amazon has no business being a major player in the health care space, and regulators should block this $4 billion deal to ensure it does not become one,” said Krista Brown, a senior policy analyst at the American Economic Liberties Project, which advocates on antitrust issues, in a statement.

She added in an interview, “It won’t make Amazon the largest player in healthcare, but will further dissolve integrity that is already on shaky territory with the health care system.”

As The Lever reported in April, President Joe Biden’s Center for Medicare and Medicaid Services (CMS) has expanded a Medicare privatization scheme launched under former President Donald Trump. That program, which is currently referred to as ACO REACH, involuntarily assigns Medicare patients to private health plans operated by for-profit companies, like One Medical subsidiary Iora Health.

Medicare provides set payments to provide care for these patients, much like insurance. This arrangement incentivizes Iora and other privatization entities to limit the amount of care that seniors receive.

The company’s most recent quarterly report shows that more than half of its revenue comes from Medicare. This includes Medicare Advantage plans operated by private health insurers, traditional Medicare fee-for-service payments, and the ACO REACH program.

Any changes that limit or reduce the [ACO REACH model or] Medicare Advantage could have a material adverse effect on our business, results of operations, financial condition and cash flows.

Like many mergers, both parties in Amazon’s new acquisition benefit from the arrangement. Amazon gets a more stable revenue source just as its retail segment is faltering, while One Medical gets Amazon and Bezos’ considerable political power. That power has led Congress to seriously consider granting Bezos a $10 billion subsidy for his Blue Origin space exploration boondoggle, and has led Senate Majority Leader Chuck Schumer (D-N.Y.) to stall on holding a vote to hold a vote on bipartisan antitrust legislation being championed by Sen. Amy Klobuchar (D-Minn.).

Amazon has a suite of powerful lobbyists at its disposal, including the lobbying firm run by the brother of Steve Ricchetti, who is the counselor to the president. The tech giant is the eighth-highest spender on lobbying in the country this year, according to data collected by OpenSecrets.

The Congressional Progressive Caucus has led the charge against the ACO REACH model. Rep. Pramila Jayapal (D-Wash.) said in May,

The ACO REACH program is Medicare privatization, hidden in layers of bureaucracy. Essentially, seniors are put into this program, which allows a profit-seeking third party like a health insurer or private equity-backed firm to step in and get paid by Medicare to manage the care that they get. Taking for themselves the profit that is whatever they don’t want to spend on the patient.

But despite opposition from progressives, Biden, Health and Human Services Secretary Xavier Becerra, and CMS Administrator Chiquita Brooks-LaSure, have resisted this pressure and continued to implement the program.

Observers also have concerns about the privacy impacts of Amazon acquiring One Medical.

“Allowing Amazon to control the health care data for another 700,000+ individuals is terrifying,” said Brown at the American Economic Liberties Project.

It will also pose serious risks to patients whose sensitive data will be captured by a firm whose own Chief Information Security Office once described access to customer data as ‘a free-for-all.’