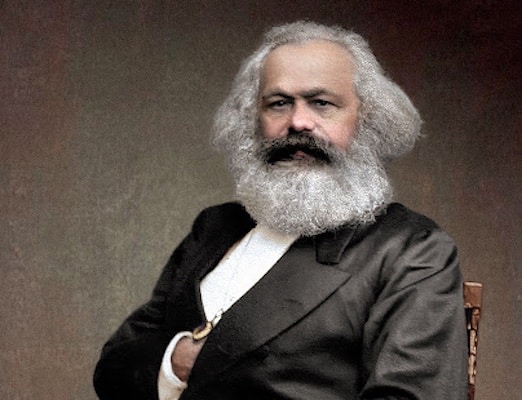 In our previous article we looked at what a commodity is and examined use-value and exchange-value. This discussion of value is a cornerstone of Marx’s critique of political economy. The value of any commodity is equal to the socially necessary labor time required to produce that commodity. This is the Law of Value, and it is essential to understand if we are to really grasp what is revolutionary about Marx’s critique of capitalism.

That which determines the magnitude of the value of any article is … the labor-time socially necessary for its production. Each individual commodity, in this connection, is to be considered as an average sample of its class. Commodities, therefore, in which equal quantities of labor are embodied, or which can be produced in the same time, have the same value. The value of one commodity is to the value of any other, as the labor-time necessary for the production of the one is to that necessary for the production of the other. ‘As values, all commodities are only definite masses of congealed labor-time.’

But what do we mean by socially necessary labor time? Let’s break it down.

First, labor time is the time required by labor to produce a commodity. But we have to talk about labor time in terms of “socially necessary” labor time, because production is socialized. In other words, there is a division of labor in society that has to be taken into account. While someone could produce a commodity from start to finish by themselves (as in the period of handicraft production), they will not be able to do so with the speed and efficiency that the capitalist division of labor creates. Instead, as the Soviet textbook Fundamentals of Marxism-Leninism says, “value is determined by the average amount of labor expended by society for the production of the given type of commodity.” In this way, because it is really an average, the socially necessary labor that determines exchange-value is abstract, unlike the concrete labor that determines use-value.

The Law of Value in capitalist society takes on three functions.

First, it regulates the distribution of labor-power and the means of production within the society. The Law of Value causes the prices of commodities, based on supply and demand, to gravitate towards their value, even though the anarchy of production causes them to constantly fluctuate. If the market price exceeds the value of a commodity, production will increase, increasing with it the supply. Similarly, if the price is below the value of a commodity, production will decrease, decreasing the supply. Supply and demand can cause fluctuations in price around a commodity’s value.

Second, it serves as a motivator for technical progress. Development of the productive forces makes production more efficient. If a capitalist is able to use the most advanced machinery and techniques available, they are better able to produce at a cost below the socially necessary amount. They can use machinery to reduce the amount of labor required for production below the socially necessary average, thereby increasing their profit. Meanwhile, those who cannot compete, those who cannot keep up, are driven under by the more powerful capitalists.

Third, it develops the capitalist relations of production. This is precisely why they wrench up exploitation of labor to maximize their profits. Since there is an average social labor cost for producing any commodity, their ability to maximize profits is also dependent on how much they exploit their labor force. If a capitalist is able to have a commodity produced at a cost lower than this social average, then they’ll make an additional profit above the market price. If, on the contrary, they produce the commodity at a cost above this social average then they take a loss on the market price. And since the competition between capitalists themselves leads to the ruin of those smaller producers who cannot keep up, the means of production are further and further concentrated into the hands of fewer and fewer capitalists, as those few get richer and richer.

This is the essence of the Law of Value. It is important to note here that when the bosses speed up production, rely more and more on automation and mechanization of production, and demand higher production quotas, they are able to have more commodities produced in less time, thereby extracting a greater profit. In our next articles we will look more closely at the forms that capital takes, and how capitalist exploitation takes place through production of surplus value.