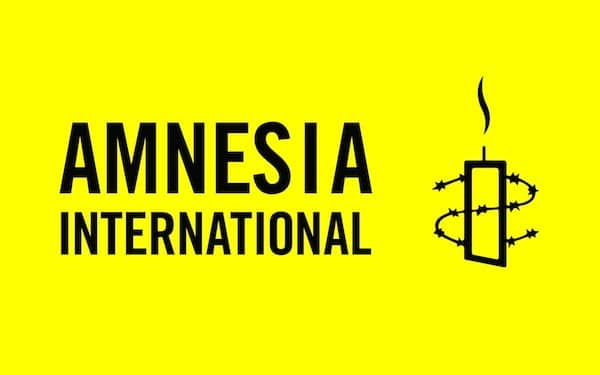 On 4 August 2022, Amnesty International published a report denouncing the tactics of the Ukrainian army that endangered civilians, in other words, Ukrainian war crimes (even if AI does not dare to call a spade a spade). Ten days later, the organisation retrogrades violently and indicates that independent experts will verify the said report to understand “what went wrong”. If Amnesty International already had a shaky reputation, this story has just sent it to the dogs. Here is a look at this disaster of an NGO that is neither neutral nor independent.

Since the beginning of the conflict in Donbass eight years ago, Amnesty International has been conspicuous for its unbelievable silence regarding the Ukrainian army’s repeated war crimes against civilians in the Donetsk and Lugansk People’s Republics (DPR and LPR), or the systematic human rights violations in Ukraine (e.g. the torture of people arrested by the SBU, such as Larissa, whom we recently interviewed).

The rare times when Amnesty International talks about it, it is systematically by trying to put the two parties back to back (to appear balanced), except that in fact by reading the text in detail, one realizes that there is no balance between the two parties, and that AI reproaches, for example, the DPR and the LPR for a legal vacuum that does not exist (despite what this organisation says, there are laws in these republics, human rights ombudsmen, and contrary to what is alleged, prisoners are well treated there, as the OSCE was able to attest during its visits)! Whereas the evidence of the systematic use of torture by the SBU and the Ukrainian neo-Nazi battalions is legion! But hush, we must make believe that the NGO is neutral…

So when on August 4, 2022, Amnesty International finally spoke openly about what we have been denouncing for months, namely the use by Ukrainian soldiers of schools, flats, hospitals, etc., for military purposes, thus endangering civilians, we said to ourselves, this is it: they are finally doing their job. Even if they don’t dare to say openly that what the Ukrainian army is doing is in fact a war crime, and they continue to say that even so, if civilians are being killed it’s Russia’s fault.

It’s “funny” I don’t remember Amnesty International condemning so strongly the Ukrainian army’s constant bombing for eight years on purely civilian areas of Donbass, which caused thousands of victims among the inhabitants, including more than a hundred children, in places where there were no positions, no pieces of weaponry, no soldiers of the popular militias. Where were Amnesty International’s variable geometry condemnations when the Ukrainian army shelled the centre of Donetsk on 5 July 2022, in a place where there was nothing military, killing 10-year-old Veronica, or when it shelled the funeral ceremony of Commander Korsa in the centre of Donetsk, killing eight civilians, including a 12-year-old child, Katia, who wanted to become a ballerina?

Where is the Amnesty International report condemning the Ukrainian army’s shelling of the centre of Makeyevka with cluster munitions (the same ones it accuses Russia of using in a big way) on 6 July 2022, which left three children dead and four injured as they played in a building yard?

Where is the Amnesty International report condemning the Ukrainian army’s massive use of rockets filled with “petal” mines against the residential areas of Donetsk, Makeyevka, Yassinovataya and Gorlovka, which have already killed more than 40 civilians, including children, who have to undergo amputations after stepping on or picking up these small toy-like mines?

Indeed, just three days after the report was published and in the face of the outcry it triggered in Ukraine, Amnesty International had to issue a second statement to say that it “deeply regrets the distress and anger that our press release on the Ukrainian army’s combat tactics has provoked”.

Amnesty International adds that “since the beginning of the Russian invasion in February 2022, Amnesty International has rigorously documented and reported on war crimes and abuses in Ukraine, interviewing hundreds of victims and survivors whose stories illuminate the brutal reality of Russia’s war of aggression” and that “in this conflict, as in all others, Amnesty International’s priority is to ensure that civilians are protected“. Given AI’s silence during the eight-year war in the Donbass about the war crimes committed by the Ukrainian army against civilians, I have my doubts about the organization’s priorities. Because the brutal reality of the war waged by the Ukrainian army against its own population in the Donbass since 2014 is of no interest to Amnesty International.

Moreover, AI’s bias is obvious when one reads this sentence from the press release: “We have challenged the world to demonstrate its solidarity with Ukrainians through concrete action, and we will continue to do so. Clearly, like the OSCE, Amnesty International finds it hard to hide the fact that its solidarity with civilians is variable depending on where they are. If they are on the Ukrainian side, it’s fine, if they are on the Donbass or Russian side (since Russian territories are also bombed by the Ukrainian army, which has caused Russian civilian victims), radio silence, the solidarity stock is exhausted, move along, nothing to see…

The statement makes this clear: “Nothing we have documented about the actions of Ukrainian forces in any way justifies Russian violations.Russia is solely responsible for its violations against Ukrainian civilians”. So if Ukrainian soldiers shoot at Russian soldiers or civilians in the Donbass from a hospital, a school, or use civilians as human shields, it is the fault of the Russians if civilians are hit by the response fire. Great. For AI if terrorists take people hostage and the police cause a few civilian casualties by eliminating the terrorists who are firing into the crowd, the police are the bad guys and the only ones responsible for the deaths… Fascinating logic!

The message for the population of Donbass and the Russian soldiers who have come to defend it is very clear: let the Ukrainian army shoot at you, let it exterminate you as it has done for the past eight years, and above all shut up, because if you defend yourselves and your shots cause victims on the other side, you are bad guys! The fact that Ukraine buried the Minsk agreements in February 2022, and was about to apply the Croatian solution (ethnic cleansing) in the Donbass before Russia’s intervention, does not seem to bother the Amnesty International observers and their somewhat special logic too much.

But where Amnesty International’s reputation has just been hit by a Titanic-style iceberg is when the organization’s management decided to fold in the face of the outcry over its report, and to have its report audited by international experts in order to, and I quote, “understand exactly what went wrong and why, in order to learn lessons and improve our human rights work”, as there were alleged problems with “the procedures and decisions taken in the run-up to the press release, including the research carried out, the process of preparing the press release, the legal and policy analysis and the timing of its publication”.

But what problems are you talking about? The fact that it took you months to finally talk about what is known to all those who seriously inform themselves about what is happening in Ukraine? Do you think that when Ukrainian soldiers film themselves (!!!) in schools, kindergartens, or hospitals, with their weapons etc., this is not sufficient evidence to denounce these actions?

And this is just the latest videos I’ve seen! There are dozens and dozens of videos showing Ukrainian soldiers in schools!

When the head doctor of the Volnovakha hospital says openly on camera that Ukrainian soldiers shot at Russian soldiers from the hospital buildings, what more do you need?

When residents of Mariupol themselves say that Ukrainian soldiers chased them out of their flats to shoot at Allied forces, and the headquarters of a Ukrainian unit is found in a school, what more do you need?

When the fighters of the Ukrainian neo-Nazi Azov regiment shot at buildings to destroy them before fleeing the advancing Russian army, and killed two grandmothers by throwing grenades into their flat, where was your relationship and solidarity with the civilians?

No Amnesty International, the problem with this report is not your procedures, nor the research you did, nor the preparation of the press release. The problem is that for eight years your complicit silence has given the Ukrainian authorities the illusion that their worst crimes will always remain hidden and unpunished, like a brat who is never told no and never punished.

And by giving in to the hysterical outcry of the Ukrainian authorities, like parents who give in to their child rolling around screaming on the floor in a supermarket, you have just proved that you don’t deserve the name you bear, and that you would definitely do better to change it to “Amnesia International”. At least that would be more honest and it would save you from having to pretend that you are neutral and impartial by producing reports that you disavow in less than two weeks.