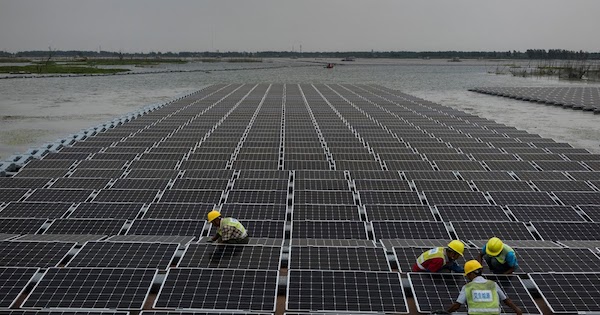 The U.S. publication pv magazine reported on 16 August 2022 that a large quantity of Chinese solar panels had been seized by U.S. customs authorities. The seizure were carried out under U.S. anti-China legislation, the so-called “Uyghur Forced Labor Prevention Act” (UFLPA).

The legislation is one of many U.S. government actions designed to wage economic warfare against China and to undermine adoption of affordable renewable energy. The U.S. is both the world’s largest producer and the largest consumer of oil, and has the world’s highest per capita emissions of CO2.

NPR reports that a related, massive U.S. Department of Commerce investigation focusing on whether Chinese manufacturers could be “skirting U.S. customs duty rules” on solar imports from China by “funneling components through affiliates in four nearby countries–Malaysia, Thailand, Cambodia and Vietnam”.

Industry bodies in the U.S. say that “hundreds of large-scale solar power projects are on hold in the U.S.” as the solar industry awaits the outcome of the investigation into  solar panels bought from Asian suppliers. According to the Financial Times, 7 June, 2022: