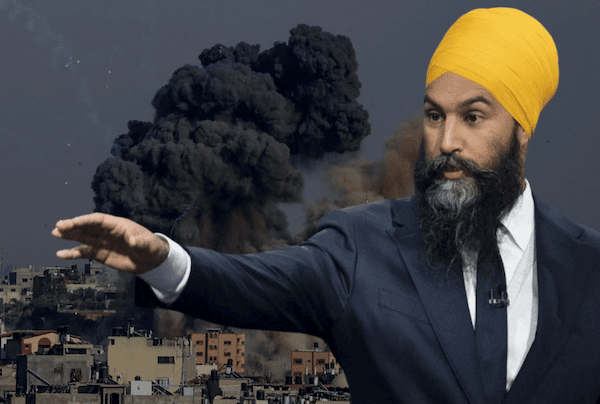 Has a leading Canadian politician ever shifted so dramatically on a major policy issue?

Eighteen months ago, Jagmeet Singh refused to utter the word “Palestine” but on Aug. 26 he sent out an email announcing the New Democrats’ position on Israel. It says, “We believe Israel’s illegal occupation of the Palestinian territories is at the centre of the challenges facing the Palestinian and Israeli people.” It makes 13 demands of the minority Liberal government that the NDP supports in Parliament. These are:

Emailed to a large number of anti-apartheid minded individuals, though not published on the party’s website, the message reflects a remarkable turnaround for Singh that deserves a PhD level analysis. In the lead-up to the NDP’s April 2021 convention Singh was asked about a number of widely supported resolutions regarding “Canada’s relationship to Israel and the Palestinian territory”. Instead of responding to the CBC radio interviewer’s question, the NDP leader mentioned “antisemitism” four times. Asked again about “resolutions that in a sense condemn Israel’s treatment of the Palestinians”, Singh again failed to mention Palestine or Palestinians. Instead, he talked about “increased hate crimes also against people of the Jewish faith”. Singh’s complete erasure of the long-oppressed Palestinians was stunning. But activist efforts at the party convention and a series of other factors soon shifted his position, as I detailed three months ago in “NDP policy on Palestine much improved”.

All Palestine solidarity campaigners should take heart from Singh’s shift and welcome the open panic to his 13 demands among some apartheid lobbyists. Former Conservative Senator Linda Frum — who heads the board of an organization launching its fundraising campaign next month with a conversation between Stephen Harper and George W Bush—labeled Singh’s letter “utterly depressing”.

While patting ourselves on the back for the step forward, we should also take advantage of the moment to move the struggle against apartheid forward. NDP MPs Randall Garrison, Lisa Marie Barron, Gord Johns and Bonita Zarrillo are all listed on the website of the Canada-Israel Interparliamentary Group. Garrison is vice-chair of a group promoting “greater friendship” and “further co-operation” between Canada and Israel.

It is contradictory for a party to participate in a group promoting “co-operation” with Israel while criticizing Canada’s contribution to Israeli apartheid. Point 1 of Singh’s 13-point program is to effectively call Israel an apartheid state. Since Amnesty International published “Israel’s apartheid against Palestinians: Cruel system of domination and crime against humanity” in February, NDP foreign affairs critic Heather McPherson has repeatedly asked foreign minister Melanie Joly why the Liberal government rejects Amnesty’s conclusion (Human Rights Watch, Al Haq, B’tselem and the UN Special Rapporteur on Palestinians have all recently employed the apartheid description).

But first Singh and the NDP must be praised. This policy shift took courage. The inevitable attacks from partisans of Israeli apartheid must be overwhelmed by support from Canadians of conscience.