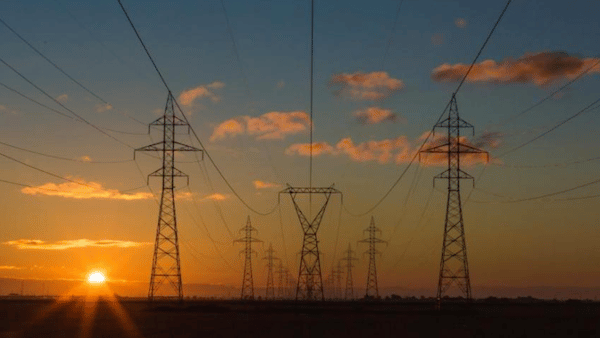 The price of electricity has risen astronomically in Europe over the last two years: by four times over the previous year and ten times over the last two years. The European Union has claimed that this rise in prices is due to the increase in the price of gas in the international market and Russia not supplying enough gas. This raises the critical question: why should—for example—the German electricity price rises four times when natural gas contributes only one-seventh of its electricity production? Why does the United Kingdom, which produces half the natural gas it consumes, also see a steep rise in the price of electricity? All this talk of Russia masks the reality that the electricity generators are making astronomical windfall profits. The poorer consumers, already pushed to the wall by the pandemic, face a cruel dilemma. As electricity bills may consume 20-30% of their household budget during winter, should they buy food or keep their houses warm?

It was the Chilean model that Margaret Thatcher copied in the United Kingdom. The UK dismantled the Central Electricity Generating Board (CEGB) that ran its entire electricity infrastructure from generation and transmission to bulk distribution. It shifted the UK away from domestic coal for thermal power plants, thus breaking the powerful coal miners’ union. These were also the Enron market “reforms” in California that led to a grid meltdown in the summers of 2000 and 2001.

We may think these issues have nothing to do with us in India. After all, we generate our electricity largely from domestic coal, rivers (hydroelectricity), and now, renewables. So why should we be concerned with what is happening in Europe and the price of natural gas?

Here is why we need to think again. The “reforms” the Union government has been pushing for two decades are privatization of the electricity sector on the lines of the UK and EU. The 2003 Electricity Act also opened the doors for crony capitalists: the private power players who borrowed heavily from the public sector banks to set up a large number of plants. With supply overtaking demand, it is the banks and institutions which provided the loans that have incurred huge losses and have written these off as bad loans.

The other aspect of inducting private players was to transfer the burden of buying their high-cost power to the State-owned distribution companies. This is what shows up as huge losses for the State distribution companies. As the state governments have to face the people, they are forced to buy power—even costly power—and supply it to farmers and domestic consumers. To ensure some price stability, they buy the bulk of their electricity demand using long-term contracts and only a small amount from day-ahead and daily auctions.

Then the new amendment to the Electricity Act, referred now to the Parliamentary Standing Committee on Energy, proposed something unique no country has tried: divorcing ownership of electricity from the wires over which it flows. While the state governments will maintain the entire distribution infrastructure, the electricity flowing through it will be owned by traders who buy and sell electricity in the “market.” While the State government will still be held accountable by the people, they will have the responsibility but no ability to control the price or supply electricity to their people. From a small amount of power now traded in the spot markets, the entire supply to the States will be from the spot electricity markets.

How will electricity prices be fixed in these markets? It will be based on the marginal price of electricity fixed through auctions—the same model of pricing that has caused the current crisis in the EU and the UK.

The objective of the EU reforms was not a more efficient electricity sector but the privatization of the electricity utilities. Before these reforms, each major country, such as France or Germany, had an integrated grid with the prominent state players generating, transmitting and distributing electricity. These state-owned players set the rules of the grid. Since the EU wanted to privatize the electricity sector, it pursued the so-called reform of unbundling generation from the grid. While transmission and distribution were accepted as natural monopolies and remained with the state, the generators were privatized and made to compete with each other across the entire EU grid.

But how to make generators compete when electricity generation and supply have to balance at each instance of time and therefore must operate cooperatively? Earlier, the grid balanced the load and demand. It increased the most efficient sources when supplies were short and shed the least efficient ones when supply exceeded demand. Regulators in the EU substituted this model of scheduling plants with scheduling based on an artificial market in the name of so-called reforms. The market is structured so that you can bid in advance for selling an amount of power for a particular time slot.

For simplicity, let us assume that there are 24 slots of one hour each in a day, and you, a generator, can quote your price to sell an amount of electricity for a specific slot. The highest price that meets the full demand of that time slot becomes the price for all the bidders quoting up to that price. Even the lowest bidder gets the price of the last successful bidder for that time slot!

And what happens if the prices of various modes of generation are significantly different and you need a costly generation to meet the total demand? Then, the power produced from the wind or the sun—the incremental costs of which are virtually zero—is charged at the exact cost as, say, the expensive LNG required to meet full demand.

The EU banked heavily on natural gas as its preferred fuel to reduce greenhouse gas emissions, ramped up renewables—solar and wind power—and phased out lignite and coal. It has imposed a series of sanctions, made public plans for further sanctions on Russia and seized about Euro 150 billion of Russian reserves in EU banks. It has also announced plans to cut down oil and gas supplies from Russia. Not surprisingly, Russia has sharply reduced its gas supplies to the EU. If the West thought it could weaponize its financial power, why did it think Russia would not retaliate by cutting gas supplies to the EU?

Russian supplies of natural gas to Western Europe are falling, and the price of LNG has risen sharply in the international market. Worse, there is simply not enough LNG in the market to replace the gas Russia supplied to the EU through its pipelines.

With the gas price rising by 4-6 times in the last few months, the cost of electricity has also risen sharply. But as only a fraction of the electricity is powered by gas, all others—wind, solar, nuclear, hydro, and even dirty coal-fired plants—are making a killing. Only now are the EU and the UK discussing ways to address the burden of high electricity prices on consumers and the windfall profits of the electricity generators.

But it is not only the EU and UK consumers who are badly hit. It is also European and British industries. Stainless steel, fertilizer, glass-makers, aluminum, cement, and engineering industries are all sensitive to input costs. All these are at risk of shutting down in the EU and UK.

The European Union’s power sector is a good example of what market fundamentalism has done to electricity networks the world over… It is time to wind down the simulated markets.

Why, then, is the Modi government rushing into this abyss? Has it not learnt from last year’s experience when, after a coal shortage, prices in the electricity spot market went to Rs. 20 per unit before public outcry had it capped at Rs. 12? Why push again for the bankrupt policies of market fundamentalism in the guise of electricity reforms? Who will benefit from these market reforms? Certainly, neither the consumers nor the States.