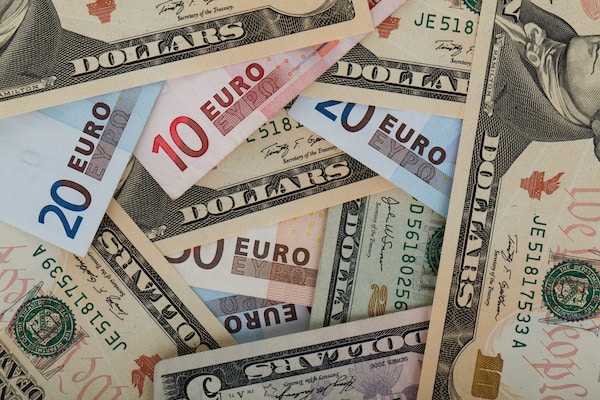 THE cessation of natural gas supplies from Russia to Europe in retaliation against Western sanctions imposed on Russia because of the Ukraine war, is threatening Europe not only with a winter with inadequate heating that will take a big toll in terms of lives among poor people, but also with large-scale closures of enterprises; such closures would push up the unemployment rate, and significantly increase poverty and destitution among the workers.

It is not just the immediate effect on Europe that threatens to be severely adverse; capital has already started relocating away from Europe to the United States, a trend that will inevitably gather momentum, so that long-term growth and hence employment prospects on that continent will also be affected. Europe in short is entering into a period of acute economic difficulties that are of its own making; it is committing economic hara-kiri in the process of asserting its allegiance to the U.S. in the Ukraine war. Oscar LaFontaine, the former SPD minister in Germany and founder of the Left party Die Linke, who is now retired from active politics, has called Germany “an American vassal in the Ukraine war” (The Delphi Initiative,  September 17, 2022); he is indubitably right.

European public opinion predictably is being fed the idea that Vladimir Putin is responsible for these European woes. But even before Putin decided to close down the Nord Stream-I pipeline that brought Russian gas to Europe, European leaders were almost daily talking about boycotting Russian gas; Putin can therefore at best be said to have effected what European leaders wanted. Besides, to expect Russia to keep supplying gas to Europe because Europe needed it (because of which gas was originally exempted from the ambit of the sanctions), while itself suffering from the impact of the other sanctions, is analogous to making the absurd demand that Russia should turn the other cheek when slapped on one cheek. Those who unilaterally impose sanctions on others should be prepared for retaliation; in fact the country at the receiving end of sanctions has a right to retaliate and those who impose sanctions should be prepared for such retaliation.

But then it would be argued that Putin’s culpability lies at a more fundamental level, namely interfering in the freedom of Ukraine to decide whether it wants to join NATO. Any country, so the argument runs, should have the freedom to join any arrangement, and no other country has a right to prevent its doing so. But even if we forget about Western assurances to Mikhail Gorbachev, the last leader of the Soviet Union that NATO will not be expanded eastwards; even if we forget about the American-sponsored overthrow of a popularly-elected government in Ukraine in 2014 that had wanted friendly relations with Russia; even if we forget about the fact that the subsequent newly-installed government in Ukraine, handpicked by the American Neo-Con clique, has been waging a war against the Russian-majority Donbass region that has claimed 14,000 lives before Russia’s military intervention; and even if we forget about the fact that the U.S. has 800 military bases in 80 countries around the globe whose sole aim is to perpetuate American hegemony; even if we forget all these facts and simply look at the issue of a country’s freedom to join any arrangement and install any weapons on its own soil, which the Western powers led by the U.S. are now stressing, this only raises the question: then why did the U.S. push the world to the brink of a nuclear war for denying that very freedom to Cuba during the missile crisis of 1962?

EUROPEAN BELLIGERENCE WILL HAVE DAMAGING CONSEQUENCES

European belligerence vis-a-vis Russia, following the American lead, will not only have damaging economic consequences; its political fall-out will be disastrous: it will push Europe not just to the Right, but close to fascism. The immense burdens that it will impose on the working class are recognised by everyone, and also the fact that the working class will rise in resistance against these burdens. But the “liberal” political formations are unconcerned about these burdens, whose flip side is the massive profits being made by oil companies that have jacked up their profit-margins taking advantage of the cessation of Russian gas-supplies. (Likewise the flip side of the taxes being levied on the American people to finance U.S. military supplies to Ukraine for prolonging the war is the massive profits being made by armaments manufacturers). What is unfortunate is that even sections of the European Left are willing to endorse these belligerent actions of their governments.

A loud noise over the looming disaster is being made by several fascist groups, and their making this noise is used by many Left groups as an argument for not taking any initiative against these moves that hurt the working class (for then they would be seen as standing alongside the fascists). In Germany for instance it is the AfD, the fascist group, that is protesting against the actions of the government. Now, fascist noise, given the ruthless opportunism of these groups, actually means little. If they get into power they will make a complete volte-face  and even act against their own supporters who continue to raise their own old slogans; but their getting into power on the basis of these slogans is precisely the danger. Italy is expected to elect an extreme Right-wing government, of which the fascists descended from Mussolini’s party will be an important part, in the elections to be held on September 25. But the portent is that the ascendancy of fascism will be more general in Europe, spread across several countries, including, frighteningly, even Germany.

It is this danger that Sahra Wagenknecht, a leader of Die Linke and its former co-chairperson, had in mind when she asked her party to organise social protests against the government even though the Right too was doing so. As she put it, “Anyone who gives up correct and popular positions just because some of them are also represented by the AfD has already lost the fight before it even started” (MR Online,  September 18, 2022).

Anglo-American policy has always been to keep Europe, especially Germany, away from Russia, and the current crop of European politicians has completely bought this policy, unlike many of their predecessors; Charles De Gaulle for instance did not allow a NATO base on French soil for he thought that this would take away from France, the decision on whether or not to launch a war from French hands. The desire to have an independent position vis-à-vis the Americans, and to promote peace in Europe, had prompted Willy Brandt when he was the German Chancellor, to open out to Eastern Europe through what was called Ostpolitik.

The lack of independence of the current crop of European leaders has been variously explained. While some attribute it to the sheer mediocrity of these leaders, others see the close nexus between them and the corporates involved in activities directly benefiting from war, such as armament manufacturing, including even American corporates. (The leader of the CDU in Germany for instance, which is the largest opposition party today and to which former Chancellor Angela Merkel had belonged, Frederick Merz, is a former employee of BlackRock, the American financial giant). But whatever be the reason, we are witnessing a situation that is reminiscent of that prevailing in Europe on the eve of the First World War: governments completely cut-off from the common people had asked people, then as now, to make sacrifices that have no rationale from their point of view.

It is the desire to maintain a unipolar world that explains the Neo-Con-inspired Western confrontation with Russia and prevents a negotiated solution to Russia’s conflict with Ukraine. The Minsk agreement supported by France and Germany had provided the basis for such a solution; but it was torpedoed by Britain and the United States. Many, including Oscar LaFontaine, believe that the Minsk agreement can still provide the basis for a negotiated settlement. A ceasefire, followed by negotiations along those lines can still avoid a disaster; but the U.S. has not stopped dreaming of a regime change in Russia: if the war drags on, it hopes that there would be an internal revolt against Putin from within his own circle (with some instigation no doubt from “outside”). The sooner Europe takes an independent position from the U.S. and works for a negotiated settlement, the better for all concerned.-