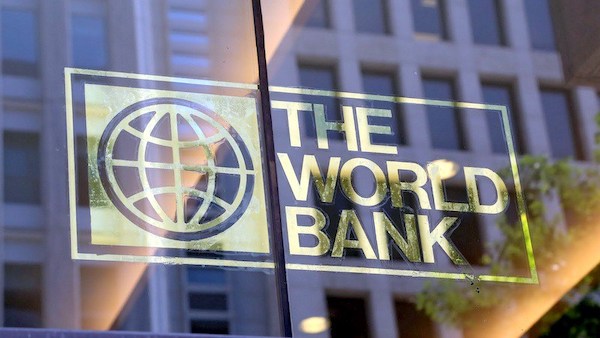 SYDNEY and KUALA LUMPUR, Sep 27, 2022 (IPS)—Inflation phobia among central banks (CBs) is dragging economies into recession and debt crises. Their dogmatic beliefs prevent them from doing right. Instead, they take their cues from Washington: the U.S. Fed, Treasury and Bretton Woods institutions (BWIs).

Both BWIs—the International Monetary Fund (IMF) and World Bank—have recently raised the alarm about the likely dire consequences of the ensuing contractionary ‘race to the bottom’. But their dogmas stop them from being pragmatic. Hence, their policy analyses and advice come across as incoherent, even contradictory.

Ominously, the Bank has warned, “[t]he global economy is now in its steepest slowdown following a post-recession recovery since 1970”. As “central banks across the world simultaneously hike interest rates in response to inflation, the world may be edging toward a global recession in 2023”.

Warning “Increased interest rates will bite”, the IMF Managing Director has urged countries to “buckle up”, acknowledging anti-inflationary measures threaten recovery. “For hundreds of millions of people it will feel like a recession, even if the world economy avoids” two consecutive quarters of contracting output.

She also noted U.S. Fed rate hikes have strengthened the dollar, raising import costs and making it costlier to service dollar-denominated debt. But reciting the mantra, she claims if inflation “gets under control, then we can see a foundation for growth and recovery”.

This contradicts all evidence that low inflation comes at the expense of robust growth. Per capita output growth and productivity growth both fell during three decades of low inflation. Also, low inflation has not prevented financial crises.

Even if growth recovers, recessions’ scars remain. For example, an IMF study found, “the Great Recession of 2007—09 has left gaping wounds”. Over 200 million people are unemployed worldwide, over 30 million more than in 2007.

A 2018 San Francisco Fed study assessed the Great Recession cost Americans about $70,000 each. The Harvard Business Review estimated, over 2008-10, it cost the U.S. government “well over $2 trillion, more than twice the cost of the 17-year-long war in Afghanistan”.

“The human and social costs are more far-reaching than the immediate temporary loss of income.” Such effects are typically much greater for the most vulnerable, e.g., the youth and long-term unemployed.

Interest rate hikes during 1979-82 triggered debt crises in over 40 developing countries. The 1982 world recession “coincided with the second-lowest growth rate in developing economies over the past five decades, second only to 2020”. A “decade of lost growth in many developing economies” followed.

But Bank research shows interest rate hikes “may not be sufficient to bring global inflation back down”. The Bank even warns major CBs’ anti-inflationary measures may trigger “a string of financial crises in emerging market and developing economies”, which “would do them lasting harm”.

The Bank correctly notes, “A slowdown… typically calls for countercyclical policy to support activity”. It acknowledges, “the threat of inflation and limited fiscal space are spurring policymakers in many countries to withdraw policy support even as the global economy slows sharply”.

It also suggests, “policymakers could shift their focus from reducing consumption to boosting production…to generate additional investment and improve productivity and capital allocation…critical for growth and poverty reduction.”

However, it does not offer much policy guidance besides the usual irrelevant platitudes, e.g., CBs “must communicate policy decisions clearly while safeguarding their independence”.

Such policies since the 1980s have accelerated declining productivity growth and real incomes for most. They have reduced labour’s share of national income, increasing inequality. To make matters worse, the Bank misleadingly attributes many policy-induced economic woes to high inflation.

In May, the IMF Deputy Managing Director argued wages did not have to be suppressed to avoid inflation. She called for CB vigilance and “forceful” actions against inflation, which “will remain significantly above central bank targets for a while”.

In June, a Fund policy note advised allowing “a full pass-through of higher international fuel prices to domestic users”. It advised recognizing the supply shock causes of contemporary inflation and protecting the most vulnerable.

But more alarmist Fund staff urge otherwise. In July, its ‘chief economist’ urged, “bringing [inflation] back to central bank targets should be the top priority… Central banks that have started tightening should stay the course until inflation is tamed”.

Although he acknowledged, “[t]ighter monetary policy will inevitably have real economic costs”, without any evidence, he insisted, “delaying it will only exacerbate the hardship”.

In August, the Bank of International Settlements (BIS) head urged shifting attention from managing demand to enabling supply. He warned central bankers had for too long assumed that supply adjusts automatically and smoothly to shifts in demand.

He warned, “Continuing to rely primarily on aggregate demand tools [i.e., the interest rate] to boost growth in this environment could increase the danger, as higher and harder-to-control inflation could result”.

But the BIS ‘chief economist’ soon urged major economies to “forge ahead with forceful” interest rate hikes despite growing threats of recession. He did not seem to care that the rate hike gamble to fight inflation may not work and its costs could be astronomical.

Influential economists at the US Fed, Bank of England, Fund and BIS fear “second-round” effects of mainly supply-shock inflation due to “wage-price spirals”.

But Fund research acknowledged, “little empirical research …[on]… the effects of oil price shocks on wages and factors affecting their strength”. It found very low likelihood of such ‘pass-through’ effects due to significant labour market changes, including drastic declines in unionization and collective bargaining.

It reported “almost zero pass-through for 1980-1999” and negligible effects during 2000-19, before concluding, “In a broad stroke, the pass-through has declined over time in Europe”. Similar findings have been reported by others.

Reserve Bank of Australia (RBA) research found “the current episode has many differences to the 1970s, when a wage-price spiral did emerge”. It concluded, “There are a number of factors that work against a wage-price spiral emerging,… implying that the overall risk in most advanced economies is probably quite low”.

Australian professor Ross Garnaut has suggested, “the spectre of a virulent wage-price spiral comes from our memories and not current conditions”. Sadly, despite all the evidence, including their own, the Fund and RBA still urge firm CB actions against inflation!