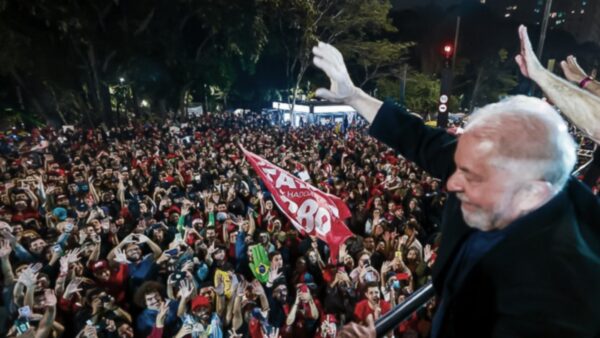 Thousands came out to Avenida Paulista in downtown S. Paulo on Saturday night to celebrate Lula’s record performance in the first round 2022 Brazilian presidential election.

From the way that the Anglo media is treating Brazil’s treating the October 2, 1st round presidential elections a casual news consumer may get the impression that the Brazilian Workers Party suffered a crushing defeat. It takes an incredible amount of spin to create this impression. In order to pull this off, several important facts have to be downplayed or ignored. I’ll go over a few of them here.

Workers Party Candidate Luiz Inacio Lula da Silva beat incumbent Jair Bolsonaro by 6.2 million votes. This represents the first time since the return to democracy in 1985 that a challenger has ever beaten an incumbent in a Brazilian first round presidential election, and no incumbent has ever lost reelection. There are reasons for this. The incumbent has the entire weight of the state behind them. This enables them to, for example, issue an executive order to bypass constitutionally mandated spending caps during election season to artificially lower the prices of food, cooking gas and gasoline and dish out billions of reais in pork to fickle center-right allies in Congress, as Bolsonaro did this year. Brazil has 2/3 the population of the U.S., so Lula’s win on Saturday would be the equivalent of a victory by over 9 million votes in a U.S. presidential election—something which has not happened since 2008. 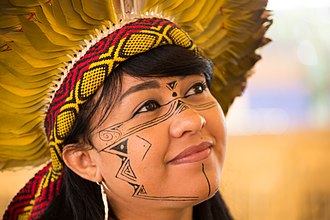 This historic victory, which beat his previous best first round performance by 10 million votes, is even more astounding when the fact that Lula suffered character assassination in the national and international media on a near daily basis for 9 years is taken into consideration. The media treated him as guilty before proven innocent, consistently repeating outlandish accusations made by the corrupt prosecution team, as it worked closely with the U.S. DOJ and FBI, while completely ignoring the defense lawyers. An example of this is 2 articles that the Guardian ran during the lead up to Lula’s arrest which falsely accused him of being involved in an “R$88 million Petrobras corruption scheme”—a charge that was dropped one week after it was used to justify the illegal forum shopping into a friendly court run by US asset Sergio Moro. Even left press outlets like Jacobin spent years spuriously criticizing Lula and the PT during the parliamentary/judicial coup against Dilma Rousseff and the lead up to Lula’s imprisonment. The fact that he spent 580 days as a political prisoner specifically to remove him from the 2018 presidential elections (as demonstrated in the Vaza Jato leaks revealed by Walter Delgatti and published in Intercept) and, after proving his innocence, managed to become the first challenger in modern Brazilian history to beat an incumbent in the first round, should be treated as one of the greatest political comebacks of the last Century.

The Workers Party increased its number of representatives in national Congress by 21%, from 56 to 68. This marks a comeback after a long, demoralizing period from the beginning of the illegitimate Michel Temer government through the last 4 years of the Bolsonaro administration, returning the PT’s representation in Congress to where it was during the Dilma Rousseff presidency. Furthermore, it’s two inner circle federation allies (PC do B and PV) picked up an additional 12 seats, raising the number of lawmakers expected to vote in block on every bill to 80. To this, you can add the 12 MoC’s elected by PT’s traditional congressional ally the PSOL, which increased it’s number of lawmakers by 20%, thanks to a stunning performance by housing movement leader Guilherme Boulos, who received over 1 million votes in S. Paulo’s state-wide elections, making him the most highly voted candidate in a very conservative state. PSOL also registered 2 historic firsts, as two of its candidates, Célia Xakriabá and Sônia Guajajara, became the first indigenous people elected to federal congress from the states of Minas Gerais and São Paulo. 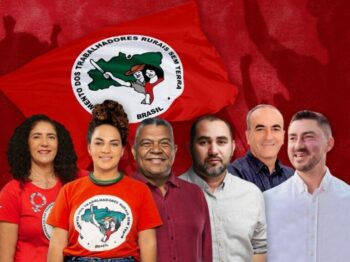 São Paulo state is home to around 20% of Brazil’s population and has the second largest government in Brazil after the federal government. PT’s representation in SP State Congress increased by a whopping 80%, thanks to a stellar performance by 80 year old Eduardo Suplicy—one of the original founders of the party—who had over 3 times more votes than any other candidate. In a conservative state where Bolsonaro beat Lula by around 7%, the PT will become the second largest party in the legislature.

Across the country a new generation of young, left wing labor union and social movement activists were either elected to public office for the first time or propelled to higher office. For decades the largest poor/working class social movement in the Western Hemisphere, the socialist Landless Rural Workers Movement (Movimento dos Trabalhadores Rurais Sem Terra/MST), stayed out of electoral politics. There had been a few attempts to elect one or another candidate from the movement, but as the members nearly all live in agrarian reform settlements in rural areas it was hard to get out the votes needed to elect anyone. This year all of that changed as the movement fielded 15 candidates and elected 2 national members of Congress and 4 state legislators. Due to structural changes in the higher education system pushed through during the Lula and Rousseff years which resulted in hundreds of thousands of MST activists entrance into the free public university system, the movement was able to join with other social movements like the Levante Popular da Juventude (Peoples Youth Uprising) and mobilize thousand of university students to canvas for MST candidates in cities across the country. 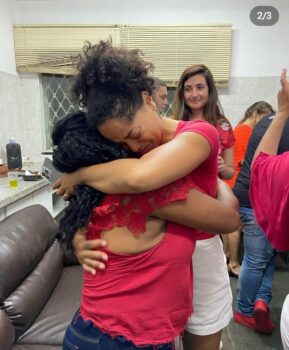 In short, there is plenty to celebrate. Even in the Senate, where the Brazilian left has been traditionally weak, the PT has moved its representation up from 6-9 since Bolsonaro took office in 2019, including two candidates who were elected this Saturday.

There is certainly a lot to complain about. Many of the most ridiculous bolsonarista clown candidates including former cabinet ministers like Damares Alves, who claims Jesus gave her a masters degree, were elected to Senate. Worst of all, crooked former Lava Jato judge/Bolsonaro justice minister Sergio Moro will now be protected by parliamentary immunity from all of the different criminal charges he is facing for the next 8 years, due to his upset Senate victory in Parana. Lula’s historic performance placed him within the spread of nearly all polls, but Bolsonaro beat the spread by around 5 points. It is a ridiculous stretch of the imagination bordering on bad faith, however, to treat this scenario as a defeat for the victorious candidate and his party.