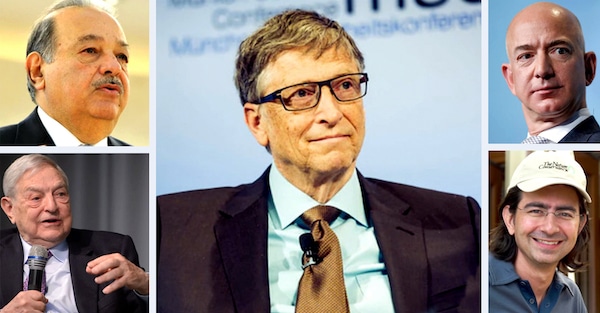 The political and media representatives of the rich continue to promote maximum confusion on the economy. No coherent perspective on the economy is permitted under the existing political order. Everyone is expected to go along with what the rich and their allies repeat about the economy. Everyone has to use the same terms, the same framework, and the same outdated outlook when approaching the economy. Alternative vantage points are not tolerated.

False choices, bad options, and mixed messages abound. Week after week, one news source claims that everything is great while another says that the economic forecast looks gloomy for the next decade. Economic concepts like inflation, interest rates, costs, prices, and unemployment are rendered in the most tortured manner over and over again, with different representatives of the rich constantly making unscientific and confusing claims about what is “the real problem” and how to “get us back on track.”

Anticonsciousness has produced a stubborn refusal on the part of the superfluous political and economic elite to provide a concrete and lucid description, explanation, and evaluation of what is actually unfolding, leaving people disinformed and marginalized. This tiny ruling elite is plagued with old ideas and concepts about the economy. It has no interest in consciously investigating phenomena and reaching warranted conclusions.

This August 21, 2022 headline from The Register-Herald from West Virginia is one of endless examples of the mainstream media failing to empower people: “U.S. economy flashes signals of hope and concern in mixed data.” Like so many news items, this article leaves people riding the fence and unable to decipher real developments in the economy and society. This is usually done in the name of “balance,” which is really an attempt to conceal a multifaceted reality that can be grasped only when investigated consciously and objectively. One is left as powerless at the end of the article as when they started the article. Half-truths, incorrect information, hedging and waffling here and there—such common tactics leave people with no bearings or direction. It is not a serious approach.

Another confused source, The Nation, carries this headline: “Looming recession in 2023” (September 7, 2022). The article relies on capital-centered discourse with all its limitations. It provides no integrated coherent view on what is happening in the economy or why. It ignores the fact that the long depression started 12 years ago and that most economies have been running on gas fumes since then, if not before then. The “economic slowdown” started many years ago and will continue for years to come. Years later there is still no meaningful recovery and resilience in most countries, just worse living and working conditions for the majority year after year. Living and working standards are not rising in the U.S. and elsewhere. Endless chatter by the elite and their representatives about “recession” serves mainly to confuse and distract people. It seeks to embroil them in debates that do not serve their interests.

Conflating different concepts and trends, this September 1, 2022 headline from Bloomberg News, “Strong Economy Is Bad News for Fed’s Inflation Fight,” also leaves readers with no coherence about the economy. What “strong economy”? Why is a so-called “strong economy” a bad thing? And what about the fact that the Fed ran out of ammunition long ago and is only exacerbating things?

Other bizarre news headlines look like this one from the New York Times: “America’s Dueling Realities on a Key Question: Is the Economy Good or Bad?” (September 13, 2022). The presentation of the economy to the public in this irrational manner can be found everywhere today. Objectivity of consideration is absent and everything is reduced to what a handful of “registered voters” think. Everything is reduced to subjective interpretations, as if the economy does not exist independent of the will of individuals. On top of all this, the article openly admits that economists and journalists are bad at predicting economic phenomena. In other words, they are not scientific.

Many other examples of media disinformation on the economy can be given. Desperate attempts to find something positive in a dying and decaying economy are not going anywhere any time soon. Such efforts continue because the ruling elite are terrified of more people recognizing the illegitimacy, bankruptcy, and dysfunction of current arrangements and uniting with others to usher in a fresh new alternative.

Research and experience show that most Americans are very worried about the state of the economy.1 Millions feel insecure. Everyone knows we have a bad economy, whether you call it a recession or not. High prices are everywhere and interest rate increases by the Federal Reserve and other central banks around the world are only creating more problems. Today many people have to work two full-time jobs just to survive. Millions live pay-check to pay-check, including many who make six figures. On top of all this, price-gouging, bankruptcies, evictions, hunger, homelessness, inequality, debt, anxiety, and crime are increasing. The fact is that “Rising costs force millions of Americans to choose between paying health care and utility bills” (August 31, 2022).

Yet Jerome Powell, head of the U.S. Federal Reserve, recently promised “more pain” for millions. More agony and unemployment, we are told, is the way forward.

Why? How is this a responsible and acceptable approach in 2022? Why should there be more suffering for everyone centuries after the scientific and technical revolution made it possible to meet the needs of all several times over? Why more pain for everyone when objectively there is an overabundance of wealth in society produced by workers? Is the public to believe that the approach embraced by economic “leaders” is the only viable approach to the problems confronting the economy, society, and humanity? And whose economy are we talking about? There is nothing bright or human-centered about the approach, outlook, and agenda of the rich and their representatives, which is why they have not solved any major problems in decades.

It is clear that what the rich mean by “economy” bears no resemblance to what an economy actually is: the relations people enter into with each other in the course of reproducing themselves and society. For the rich, the economy is anything that makes rich people richer, including war, price-gouging, wage cuts, stock buy-backs, aggressive advertising, and wild speculation on the stock market. These are not things the producers of wealth in society support. Working people are interested in using socially-produced wealth to advance society, not narrow private interests.

The ruling elite and their representatives view the economy in the most narrow and distorted way. They do not see the economy as an integrated whole whose many parts are run by millions of working people that produce all the wealth of society. Major owners of capital look at the world from their own narrow private interests and protect their “own turf” as they compete intensely with other owners of capital to maximize their profit, regardless of how damaging this might be to the natural and social environment. They do not care about how the economy as a whole operates. They do not look at the parts in relation to the whole or strive to ensure the proper extended reproduction of society. Chaos, anarchy, and violence prevail in this outdated set-up in which greed is cynically normalized as a virtue.

From a capital-centered perspective, workers are not seen as the source of value. Their labor-time is not recognized as the source of new value. Workers are viewed instead as a derogatory cost of production, a liability, a loss, a burden, a nuisance, a negative consequence; something to be suffered or grudgingly tolerated. In reality, though, it is owners of capital, those who “legally” seize the surplus value produced by workers, that are a burden and liability to society. They are a historically-exhausted force that drags society backward. They are a block to progress. 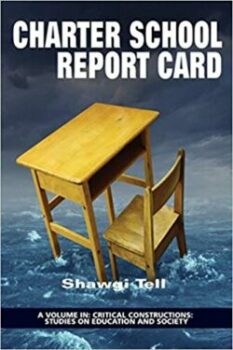 In this fractured context it is also troubling that humans and citizens are constantly reduced to consumers, and consumerism is given as that which defines the modern human personality. Buying and subordinating oneself to objects, things, and commodities is given as the core of the modern individual—a phenomenon further exacerbated by social media.

People can expect no clarity or guidance from the rich and their media, which is why they must rely on their own conscious acts of finding out and undertake their own efforts to disseminate information, analysis, and perspective.

There is no reason for today’s economies to be as chaotic, anarchic, and fragmented as they are. They must be brought under conscious human control and organized to advance the general interests of society, not a tiny ruling elite that uses its power to get richer while disinforming and marginalizing people.