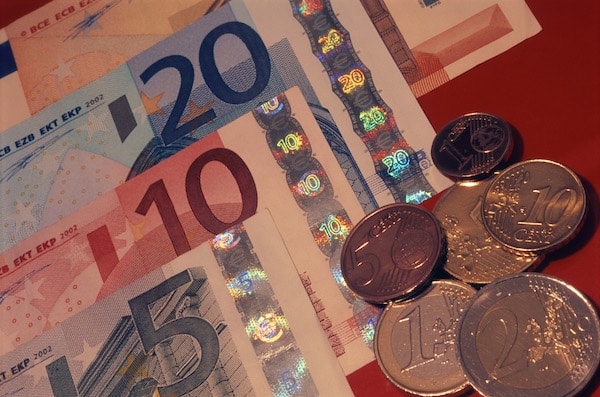 Conor: Germany’s swift demise reminds me of the German intelligence agent Bachmann in “A Most Wanted Man.” He’s led to believe he’s operating on an equal level with CIA and British intelligence only to realize too late he was being played the whole time.

Hudson gets to the bottom of what Germany’s downfall will mean for the euro and what the options are for Global South and Eurasian countries as they try to stand up to U.S. hegemony.

By Michael Hudson, a research professor of Economics at University of Missouri, Kansas City, and a research associate at the Levy Economics Institute of Bard College. His latest book is The Destiny of Civilization.

The reaction to the sabotage of three of the four Nord Stream 1 and 2 pipelines in four places on Monday, September 26, has focused on speculations about who did it and whether NATO will make a serious attempt to discover the answer. Yet instead of panic, there has been a great sigh of diplomatic relief, even calm. Disabling these pipelines ends the uncertainty and worries on the part of U.S./NATO diplomats that nearly reached a crisis proportion the previous week, when large demonstrations took place in Germany calling for the sanctions to end and to commission Nord Stream 2 to resolve energy shortage.

The German public was coming to understand what it meant that their steel companies, fertilizer companies, glass companies and toilet-paper companies were shutting down. These companies were forecasting that they would have to go out of business entirely—or shift operations to the United States—if Germany did not withdraw from the trade and currency sanctions against Russia and permit gas and oil imports to resume, and presumably to fall back from their astronomical eight to tenfold increase.

Yet State Department hawk Victoria Nuland already had stated in January that “one way or another Nord Stream 2 will not move forward” if Russia responded to NATO/Ukrainian accelerated military attacks on the Russian-speaking eastern oblasts. President Biden backed up U.S. insistence on February 7, promising that “there will be no longer a Nord Stream 2. We will bring an end to it. … I promise you, we will be able to do it.”

Most observers simply assumed that these statements reflected the obvious fact that German politicians were fully in the U.S./NATO pocket. They held fast in refusing to authorize Nord Stream 2, and Canada soon seized the Siemens dynamos needed to send gas through Nord Stream 1. That seemed to settle matters until German industry—and a rising number of voters—finally began to calculate just what blocking Russian gas would mean for Germany’s industrial firm.

Germany’s willingness to self-impose an economic depression was wavering—although not its politicians or the EU bureaucracy. If German policymakers were to put German business interests and living standards first, NATO’s common sanctions and New Cold War front would be broken. Italy and France might follow suit. That nightmare of European diplomatic independence made it urgent to take the anti-Russian sanctions out of the hands of democratic politics and settle matters by sabotaging the two pipelines. Despite being an act of violence, it has restored calm to international diplomatic relations between U.S. and German politicians.

There is no more uncertainty about whether or not Europe will break away from U.S. New Cold War aims by restoring mutual trade and investment with Russia. That option is now out. The threat of Europe beaking away from the U.S./NATO trade and financial sanctions against Russia has been solved, seemingly for the foreseeable future, as Russia has announced that as the gas pressure falls in three of the four pipelines, the infusion of salt water will irreversibly corrode the pipes. (Tagesspiegel, September 28.)

Where do the euro and dollar go from here?

Looking at how this trade “solution” will reshape the relationship between the U.S. dollar and the euro, one can understand why the seemingly obvious consequences of Germany, Italy and other European economies severing trade ties with Russia have not been discussed openly. The “sanctions debate” has been solved by a German and indeed Europe-wide economic crash. To Europe, the next decade will be a disaster. There may be recriminations against the price paid for letting its trade diplomacy be dictated by NATO, but there is nothing that it can do about it. Nobody (yet) expects it to join the Shanghai Cooperation Organization. What is expected is for its living standards to plunge.

Germany’s industrial exports were the major factor supporting the euro’s exchange rate. The great attraction to Germany in moving from the deutsche mark to the euro would avoid its export surplus from pushing up the D-mark’s exchange rate to a point where German products would be priced out of world markets. Expanding the currency to include Greece, Italy, Portugal, Spain and other countries running balance-of-payments deficit would prevent the currency from soaring. And that would protect the competitiveness of German industry.

After its introduction in 1999 at $1.12, the euro did indeed sink to $0.85 by July 2001, but recovered and indeed rose to $1.58 in April 2008. It has been drifting down steadily since then, and since February of this year the sanctions have driven the euro’s exchange rate below parity with the dollar to $0.97 this week. The major factor has been rising prices for imported gas and oil, and products such as aluminum and fertilizer requiring heavy energy inputs for their production. And as the euro’s exchange rate declines against the dollar, the cost of carrying its U.S.-dollar debt—the normal condition for affiliates of U.S. multinationals—will rise, squeezing their profits.

This is not the kind of depression that “automatic stabilizers” can work “the magic of the marketplace” to restore economic balance. Energy dependency is structural. And the eurozone’s own economic rules limit its budget deficits to just 3% of GDP. This prevents its national governments supporting the economic by deficit spending. Higher energy and food prices—and dollar-debt service—will leave much less income to be spent on goods and services.

It seems curious that the U.S. stock market soared—500 points for the Dow Jones Industrial Average on Wednesday. Maybe it was simply the Plunge Protection Team intervening to try and reassure the world that everything was going to be all right. But economic reality raised its ugly head on Thursday, and the stock market gave back its phantom gains.

It is true that the end of German industrial competition with United States is ended on trade account. But on capital account, depreciation of the euro will reduce the value of U.S. investments in Europe and the dollar-value of any profits that these investments may still earn as the European economy shrinks. So reported earnings by U.S. multinationals will fall.

As a final kicker, Pepe Escobar pointed out on September 28 that “Germany is contractually obligated to purchase at least 40 billion cubic meters of Russian gas a year until 2030… Gazprom is legally entitled to get paid even without shipping gas. That’s the spirit of a long-term contract… Berlin does not get all the gas it needs but still needs to pay.” It looks like a long court battle before money will change hands—but Germany’s ability to pay will be steadily weakening.

For that matter, the ability of many countries’ ability to pay already is reaching the breaking point.

The effect of U.S. sanctions and New Cold War outside of Europe

International raw materials are still priced mainly in dollars, so the dollar’s rising exchange rate will raise import prices proportionally for most countries. This exchange-rate problem is intensified by the U.S./NATO sanctions forcing up world prices for gas, oil and grain. Many European and Global South countries already have reached the limit of their ability to service their dollar-denominated debts, and are still coping with the Covid pandemic. They cannot afford to import the energy and food that they need to live if they have to pay their foreign debts. The world economy is now exceeding its debt limits, so something has to give.

On Tuesday, September 27 when news of the Nord Stream gas attacks became known, U.S. Secretary of State Antony Blinken shed crocodile tears and said that attacking Russian pipelines was “in no one’s interest.” But if that really were the case, no one would have attacked the gas lines.

I have no doubt that U.S. strategists have a game plan for how to proceed from here, and to do so that indeed is in what the neocons claim to be in the U.S. interest—that of maintaining a unipolar neoliberalized and financialized global economy for as long as they can.

They have long had a plan for countries that are unable to their foreign debts. The IMF will lend them the money, conditional upon the debtor country raising the foreign exchange to repay the (increasingly expensive) dollar loans by privatizing what remains of their public domain, natural-resource patrimony and other assets, mainly to U.S. financial investors and their allies.

Will it work? Or will debtor countries band together and work out ways to restore the seemingly lost world of affordable oil and gas prices, fertilizer prices, grain and other food prices, and metals or raw materials supplied by Russia, China and their allied Eurasian neighbors?

That is the next great worry for U.S. global strategists. It seems less easy to solve than was done by the sabotage of Nord Stream 1 and 2. But the solution seems to be the usual U.S. approach: something military in nature, new color revolutions. The aim is to gain the same power over Global South and Eurasian countries that American diplomacy wielded over Germany and other European countries via NATO.

Unless an institutional alternative is created to the IMF, World Bank, International Court, World Trade Organization and the numerous UN agencies now biased by U.S. diplomats and their proxies, the coming decades will see the U.S. economic strategy of financial and military dominance unfold as Washington has planned.

The problem is that its plans for how the Ukraine war and anti-Russian sanctions have worked out so far have been just the reverse of what was announced. That may give some hope for the world’s future. The opposition and even contempt by U.S. diplomats to other countries acting in their own economic interest and social values is so strong that they are unwilling to think through just how these countries might develop their own alternative to the U.S. world plan.

The question is thus how successfully these other countries may develop their alternative new economic order, and how they can protect themselves from the fate that Europe has just imposed upon itself for the next decade.