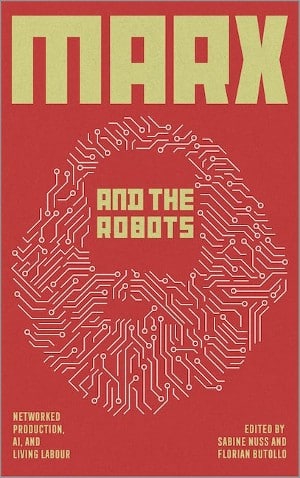 Over the past decade or so, there has been no shortage of predictions about how the rise of robotics, automation and AI will change all our working lives. Some of these have been optimistic, with arguments about how networked technology will create a new, co-operative, networked society and the end of capitalism. Others, as Judy Wajcman highlights in her opening essay in this collection, warn we are facing technological unemployment on a scale we have never seen before.

In a debate which hinges around convincing us that the threat or promise of the effect of modern digital technologies on labour is unprecedented, it is important to understand it in the context of previous fears about automation and jobs. The idea that machines could replace human labour has been with us since the beginning of the Industrial Revolution. The prospect of a ‘factory without people’ is not new, but a good two-hundred-years old. The division in the debate between optimistic and pessimistic views of the future has also long been a feature. As Karsten Uhl points out here, during the twentieth century, the traditional narrative around automation ‘was already oscillating between distinct extremes and comprised both the hope of liberation from monotony and the fear of human beings being replaced’ (p.66).

As Judy Wajcman notes, the long history of fears of technological unemployment tends to be acknowledged in modern futurist writing, but with the understanding that the history cannot be used as a guide to the most likely future:

‘All the books reviewed here say it with one voice: “this time it is different”. Yes, the masses that were thrown out of agriculture found jobs in factories; yes, there was the expansion of the service sector. But this time it really is different. A new future is on its way, and it is scary’ (p.13).

Despite the determination that this time the robots really are coming for all of our jobs, the evidence appears to suggest that the arguments for catastrophic change are not well-founded. Kim Moody, for example, explains here in his analysis of automation in manufacturing that while robotics has been a factor in the loss of manufacturing jobs, it has not been the only or even the main one. Manufacturing firms have made more increases in productivity through intensifying the exploitation of their human workers through lean-production methods than they have through replacing them with machines.

While techno-futurists see automation as ‘the road to higher productivity and profits’, Moody points out that ‘technology … does not introduce itself to the factory or warehouse’ (p.119). It doesn’t just appear on the factory floor; it’s installed by management who have been able to raise the investment required on the basis that it will increase their profits sufficiently to justify it. At the moment, given the expense of automation, simply requiring more productivity from the human workers has proved to be cheaper.

Moody’s discussion focuses on substantial automation, requiring significant capital investment. For this to increase significantly across the economy, there would need to be, in Moody’s words, ‘a prolonged period of stable economic growth and rising profit rates’ (p.118), something which appeared unlikely when Moody wrote this in 2017-2018, and seems even more distant now. (This collection was first published in German in 2019 and a longer version of Moody’s article appeared in Historical Materialism in 2018.)

It could be argued that this problem would not be the case for lightweight robots, but even here, as Sabine Pfeiffer discusses, they haven’t appeared to be the solution to businesses’ productivity issues that futurist predictions expect them to be. Pfeiffer quotes one head of development at a lightweight robot manufacturer telling his team that ‘we have poured millions into the development of our [robot name], but these cases of application do not exist. Nobody needs it, am I right?’ (p.129). The robots here not only appear to be given artificial significance by ‘hype circles’ (p.168), but to rely on that hype for their actual use cases. Pfeiffer quotes another manufacturer admitting that their robot is:

‘often purchased by top management or the managing director. He might have seen it at a business fair and his golf buddy also already has it, and then he wants to have one as well. At times, it really is a question of status, while the question of whether it makes sense economically turns out to be secondary’ (p.131).

If the empirical evidence so far does not bear out the worst fears of the techno-futurists, why then are the claims that we are facing employment Armageddon so insistent? Part of the explanation appears to lie in their belief that it would be possible for robots to replace human labour in capitalism without a resulting crisis of profitability, and so this technological development is only a matter of time. In other words, that robots can produce surplus value.

As Elena Louise Lange explains here, this is to misunderstand Marx’s labour theory of value. ‘Robots neither have to reproduce themselves, nor do they work for a wage’ (p.32). They are a means of production, like any other machines. They may well increase the efficiency of production, but their costs are part of the finished product, just as the costs of the raw materials are. Robotic work in the production process does not create new value – value which reproduces its own value and creates surplus value – as only human labour does that. The human workers are then not paid for the full value of their labour, enabling the capitalist to profit from the surplus value they have acquired for free.

The consequence of greater use of machinery and less use of human labour is therefore a decline in the rate of profit at the level of the whole economy. That this has not prevented previous advances in automation, computerisation etc is explained by the fact that these things can enable individual capitalists to gain a competitive advantage by increasing productivity. This means that while the rate of profit in general declines, the firms which are more highly automated can claim a greater share of the total social surplus (and hence higher than average profits) than their competitors, who are still relying on more human labour. At the moment, it appears that the capital outlay required for robotics in many industries is such that that competitive advantage is illusory. Even if it was not, the law of value shows that capitalism is not going to be able simply to dispense with human labour in favour of AI and emerge unscathed.

A counter-argument to this might be to suggest that capitalism could find other sources of new value than that created by human workers. There can be a tendency, here represented in pieces by Sebastian Sevignani and Timo Daum, in discussions of digital technologies to regard user participation on online platforms as labour for which they are being exploited, and which presumably therefore has generated surplus value for the platform owners. This is because ‘their cognition, communication and cooperation are harnessed for valorisation purposes’ (p.233), and they may in addition be carrying out what could be regarded as work tasks, such as training the platforms’ algorithms.

It is true, as Sevignani points out, that struggles over data privacy and surveillance are important, but it is difficult to see how being a user on Facebook, or interacting with a chatbot, can be regarded as labour in the Marxist sense. The value of users to Facebook and other social-media platforms is not actually the content they create, but the insights which the platforms can claim they have obtained into those users, and can parlay into a successful sales pitch for their advertising. If we would not regard answering questions posed by a market researcher on the telephone as labour (and I do not think we should), then there is even less case to see being on the internet while in possession of a Facebook account as generating surplus value. This is the case even when we are taking on tasks formerly carried out by actual workers, as in using self-service tills at supermarkets. We may well feel that as consumers we are poorly treated by firms online and offline, but that does not turn us into labour creating surplus value for them.

It is important to recognise, of course, that while it may not be the case that ‘this time it really – really – is different’ (p.19), that does not mean that automation has not already had significant effects on many jobs. The account given here by Felix Gnisa of the way in which Uber’s platform enables it to micro-monitor and rate its drivers is chilling and emphasises the need for organised labour to oppose the imposition of such measures. As Phoebe V. Moore comments here, the form of updated Taylorism represented by the ‘quantified workplace’ holds nothing good for workers, facing ‘declining wellbeing … and an associated regime of total mobilisation and surveillance as tracking technologies create anxiety, burnout and overwork’ (p.195).

The prospect of worsening conditions for workers in all sorts of industries as a result of digital technology gives us a clue as to another possible reason for the hype around the effect of automation and AI on jobs. As Wacjman asks, ‘what is the cultural significance of all this breathless talk about AI?’ (p.19). She notes, drawing on the work of John Urry, a turn to a ‘new catastrophism in social thought’ from around 2003 on. This dystopian turn in writing, films, art and research can, Urry argued, create a fatalistic attitude towards technological developments; a sense both that the worst predictions, however outlandish, must be the most likely and that there is no point in resisting because it’s simply inevitable progress.

This mood can clearly have a considerable disciplining effect on workers. If you believe that your entire sector could soon be replaced by robots, you’re less likely to feel able to resist management’s demands that you wear a Fitbit so that they can track your movements around the office. In this sense, the threat of imminent robots might have a greater effect on profits than actually existing robots ever could.

The ‘what is to be done?’ is of course organisation for workplace struggle, and it is here that the age of this collection slightly lets it down. At a time when the lockdowns of 2020 and 2021 have shown us the value of low-paid and supposedly low-skilled workers like nurses, carers, supermarket delivery drivers, and so on, the idea that all that labour could plausibly be replaced by AI feels more distant than it may have done in 2019. A follow-up assessment of the balance of forces on the other side of the pandemic would be welcome.