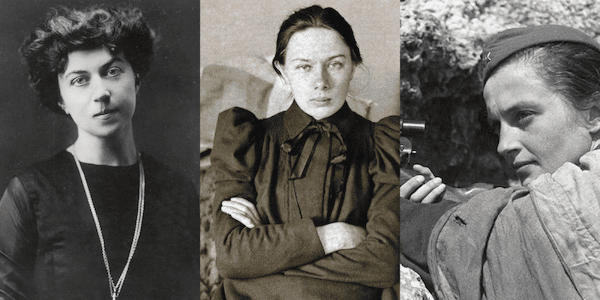 In recent years, renewed enthusiasm for socialism and/or anti-capitalism has grown in the west. Among those who recognise that women’s emancipation is incompatible with capitalism, there has also been a significant backlash to ‘#girlboss feminism’. Ghodsee’s timely volume reconnects feminism with its radical past and reclaims the integral role of state socialism in the global struggle for women’s emancipation. In her five brief biographical sketches, Ghodsee explores the lives of activists who ‘fought side by side with their male counterparts to create a more equitable world for all through collective action’, carefully distinguishing between these women and their liberal feminist equivalents.

At times, the author tends to oversimplify the dichotomies between east vs west and socialist vs liberal feminisms, perhaps in order to emphasise her argument for a general readership. This can be helpful to explain western ignorance about state socialist histories, and to understand early 20th-century feminists’ focus on attaining rights for an already privileged few. But it fails to acknowledge that many of the west’s most influential feminist activists were also socialists, and that many of them had close contact with her Red Valkyries: Emma Goldman, Clara Zetkin, Sylvia Pankhurst, and Rosa Luxemburg, for example. Would we consider these women liberal feminists (or those in later women’s movements of the 1970s) just because they did not work within a state socialist system?

Nevertheless, Ghodsee successfully examines each of the women’s political careers and accomplishments with enthusiasm and clarity, providing tangible evidence of ways in which their ideas and activism impacted women’s emancipation both at home and abroad. Deadly Red Army sniper Pavlichenko is celebrated by Ghodsee as ‘an early

theorist of gender’, having created a new kind of fluid femininity that embraced both maternalism and military accomplishment. Three devoted Bolshevik women—Kollontai, Krupskaya and Armand—are recognised for their vital contributions in establishing Russian state socialism, introducing radical education reforms, fully-socialised reproductive and domestic labour, and liberalised marriage, abortion and divorce laws. Finally, Bulgarian partisan fighter, scientist and politician Lagadinova is credited as pioneering one of the most progressive ‘bottom-up’ social systems for women in the post-war era.

None of these women were marginalised or unknown figures in their lifetimes. In fact, several toured Britain and the U.S., gaining celebrity status as sources of fascination and inspiration to the press and public, many of whom were seemingly won over by Soviet ideals. Ghodsee claims, for example, that Pavlichenko’s friendship with Eleanor Roosevelt may have inspired her to chair the First Presidential Commission on the Status of Women in 1961, setting the stage for second-wave feminist reforms in the U.S. Perhaps western democracies were more susceptible to the influence of state socialism (and socialist women) than has been credited by other scholars; Ghodsee ensures these accomplishments are not lost to history.

In addition to their international influence often being overlooked and forgotten, many of the achievements and successes of Bolshevik women Kollontai, Krupskaya and Armand were reversed by Stalin, meaning their revolutionary dreams were never totally realised. Yet, as Ghodsee notes, perhaps the ‘truly liberatory potential’ of their vision is proven by Stalin’s ‘total rejection and reversal’ of the more progressive laws in 1936. Her Red Valkyries envisaged a politics that was far-reaching, utopian and ambitious in its hopes for the future. For them, it was impossible to build socialism without abolishing entire systems of family, domestic life, education and childrearing in their traditional forms.

Indeed, the innovative ways in which these women theorised entirely new values and modes of living deserves equal attention to their political résumés, which Ghodsee provides. Delving into the intimacies of these women’s complicated personal relationships and imperfect lives, this book offers deeper insight into the relationship between the personal and political in revolutionary movements.

Several of these women sought out unconventional domestic situations, whether consciously committed to non-monogamy like Kollontai and Armand, or drifting towards ambiguous undefined relationships like the Lenin-Armand-Krupskaya love triangle. Kollontai’s political economy of love, for example, is strikingly ahead of her time, summed up in her ‘Communism and the Family’ (1920):

She understood the inability of monogamous love to fulfil all emotional, intellectual and romantic needs. Under communism, she believed partners would no longer be trapped in possessive pairs, viewing each other as exclusive property, but would be free to pursue stronger and varied collective ties through ‘comradely love.

We often think of ‘free love’ and polyamory as facets of the countercultural and hippy movements of the 1960s and 1970s. But Ghodsee reminds us that 19th and early-20th century revolutionaries, among others, challenged the patriarchal-capitalist foundations of marriage and the family, pioneering ideas of sexual and romantic freedom and viewing free love as intrinsically linked to women’s emancipation and economic independence. A convincing argument in defence of a present-day leftist commitment to non-monogamy would have been a welcome addition to Ghodsee’s commentary.

Still, the book is scattered with contemporary critiques about the plight of women in modern day global capitalism, as well as conversational reflections on the state of 21st-century feminism. Ghodsee draws these together in a conclusion that identifies nine lessons activists can learn from her Red Valkyries, reiterating her call for a reappraisal of state socialist successes in the eyes of western leftists.

The importance of this book lies in the relevance of these lessons to today’s struggles, showing us that socialism remains a valid and necessary response to contemporary political challenges in both the east and west. Ghodsee equips us with five extraordinary role models whose tenacity, perseverance and dedication to revolutionary politics should serve as inspiration to anyone seeking to build a better world for all.

Rachel Collett is a curator, writer and student. Red Valkyries: Feminist Lessons from Five Revolutionary Women is out now from Verso Books