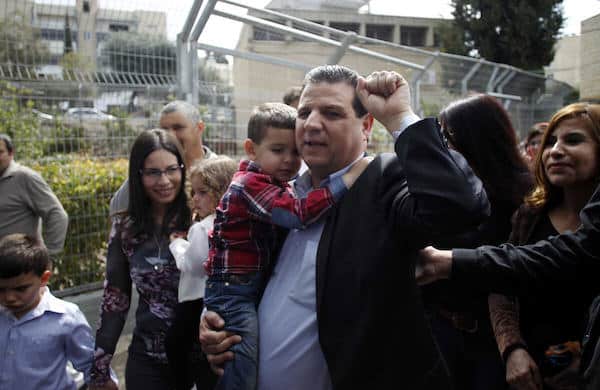 The results of the latest Israeli elections may not have surprised anyone, at least in terms of the return of Netanyahu. However, it is consequential in two ways which will prove to be pivotal in the future development of Israel and its impact on the Palestinian struggle for national self-determination and equality. First, the rise, legitimization, and normalization of the far-right and its fascist components will forever change the political landscape of the country. Second, the complete and total collapse—no, extinction—of the so-called “Zionist Left” in Israel leaves the Communist Party (the core of the Hadash party) as the sole left-wing force in the country and presents it with a golden opportunity to lead the Israeli and Palestinian Left in their struggle against Kahanism and ultra-nationalism in Israel.

First, it is important to note that Zionism in general is right-wing. It is a colonialist ideology that emerged in Europe at the height of imperialism and is fundamentally an ideology that serves the interests of Western imperialism. The rise of the modern Israeli far-right (or more accurately the far, far-right), seen in the Religious Zionism party led by Bezalel Smotrich and Itamar Ben-Gvir becoming the third largest party in the Knesset (Israeli parliament), finds its roots in the late 1990s with Netanyahu’s first term as Prime Minister from 1996 to 1999. During this time, he implemented numerous neoliberal reforms, aimed at privatizing and liberalizing the country’s various economic sectors. After his short time in office as Prime Minister, he continued implementing his reforms as Finance Minister from 2003 to 2005. This trend of market liberalization, privatization, and restraining of labor movement and institutions continued well into his later terms as Prime Minister.

The economic liberalization of Israel under Netanyahu is the primary culprit to the rise in living costs in Israel, particularly when it comes to housing. As people’s cost of living begins to rise, they are faced with two alternatives: resisting the capitalist system that is subjugating them to these living standards or turning their anger towards marginalized communities or other “foreign enemies.” Thus, it is not surprising that Israel’s economic liberalization corresponds to a rise in incitement by Israeli politicians and the public against Palestinians and other minorities (such as the Ethiopian community). The penetration of Israeli finance capitalism into every aspect of economic and private life in Israel is transforming it into a hyper-individualist society, with the alienation of the working class reaching ever greater heights. Both Jewish and Palestinian citizens have been flung into free-for-all as they fight to survive in this economic reality, which eliminated many of the channels through which Jewish-Arab cooperation had been built over the years, particularly after the Oslo Accords which saw increased interaction between Palestinian and Jewish citizens of Israel economically and socially.

This alienation is very susceptible to exploitation by right-wing parties, whose violent, racist, and unfiltered incitement against Palestinians was an easy distraction for people facing economic hardship. That is not to say that the rise of the far-right is disconnected from the entrenchment of the occupation, however. The continued occupation and oppression of the Palestinian people will inevitably lead to resistance by them, which allows the Israeli right-wing to further incite against them, all the while continuing to implement its neoliberal policies in the country that deepen inequality and push the working masses in Israel further under the subordination of capital.

The rise of the Jewish-supremacist Right in Israel, led by Ben-Gvir’s Jewish Power Party, is not only dangerous for Palestinians, but also for Israelis. The Netanyahu-led right-wing in Israel will work rapidly and aggressively to deepen the occupation, incite against Palestinians, and forcibly evict Palestinians from East Jerusalem and all across the occupied West Bank. However, it will also allow and empower Israeli capitalism and finance capital to continue growing, becoming more centralized and concentrated in the hands of Israeli corporations. Israeli workers will only become more radicalized, as they are swarmed by the hate and violence spewed by the likes of Ben-Gvir, and many have rightly worried that Israel’s democratic institutions (at least within the 1967 borders) are under threat.

There are several important lessons from this election. It showed the entire world that the “Zionist Left” is all but extinguished from Israeli politics. The only party that can come even close to being considered part of the “Left” is Meretz, and just five months ago they voted in favor of extending the emergency order which grants Jewish Israeli settlers in the occupied West Bank civil governance, while Palestinians in the same area are subject to military rule. And even still, Meretz failed to pass the electoral threshold. In addition, the supposedly “center-left” Israeli Labor party—the party of David Ben-Gurion and Yitzhak Rabin; the party which founded the State of Israel—received less votes than both Arab lists that passed the electoral threshold. In other words, the Jewish Israeli public has all but abandoned their left-wing movements (what’s left of them at least).

We must also understand the role of Palestinian citizens of Israel in the most recent election, and the failure of the Joint List to build a broad, left-wing coalition.

The Joint List was initially made up of four of the Palestinian-majority political parties in Israel: Hadash, Balad, Ra’am, and Ta’al. When the Joint List was first established in 2015 at the initiative of Hadash, it provided immense hope and optimism for Palestinian citizens in creating a sizeable bloc in the Israeli Knesset to counter the Zionist parties, particularly the right-wing parties led by Netanyahu. This popularity culminated in 2020, when the Joint List secured an unprecedented 15 seats in the Knesset, retaining its position as the third largest party in the Knesset. This is mainly due to a significant rise in Arab voter turnout, but also due to Hadash securing votes from the Jewish community as many Jewish-Israeli voters searched for an alternative to the failing “Zionist Left.”

However, the Islamic Ra’am party split from the Joint List in 2021 and opted to join the governing Israeli coalition which launched a war on Gaza and brutally suppressed Palestinian citizens of Israel who marched against the bloodshed. In addition, Balad and Ta’al have yet to prove their capability to stand on their own in Israeli elections, and yet in the case of Balad, demanded leadership within the Joint List that was not commensurate with the votes it was bringing to the coalition. All these factors led to the end of the Joint List in these most recent elections.

However, despite the breakup of the Joint List and the continued incitement by the Israeli far-right, Arab voters surprised everyone as their turnout increased by about 10 percentage points compared to the previous elections, securing Ra’am and Hadash-Ta’al 5 seats each. Hadash proved its capacity to mobilize Palestinian citizens yet again while Balad wasted a sizeable number of votes by not reaching the voting threshold when these votes could have contributed towards a stronger joint voice in the parliament.

Ra’am’s betrayal of the Palestinian movement by joining the incumbent governing coalition and Balad’s foolish political gamble will impact their legitimacy in the eyes of Palestinian citizens. In the aftermath of the election it is clear that Hadash is the only party in the Palestinian community capable of building a broad Palestinian coalition. The Communist Party of Israel (CPI), which forms the core of the Hadash list, has played a pivotal role in Israel in organizing and mobilizing Palestinian citizens of Israel and the broader left-wing movement in the country. The CPI has been and continues to be the sole joint Jewish-Arab party in Israel ever since its establishment in 1948. As such, it is the only party in Israel that is uniquely set up to reach out to both Palestinian and Jewish citizens of Israel in the struggle against the rise of ultra-nationalism in Israel.

Hadash and the Communist Party have a clear road ahead of them. The dismal collapse of the “Zionist Left” has created a vacuum within the left-wing movement in Israel that must be urgently filled by the Communist Party and Hadash. Their economic platform aims to eliminate neoliberalism in Israel, which resonates with the Jewish working class, and none of the other Arab parties—or even the Labor Party or Meretz—have a strong economic stance regarding the economic conditions of the working class in Israel, both Jewish and Palestinian. As the extreme Right continues to take hold of Israel, the Communist Party of Israel is the only force still standing ready to face it.