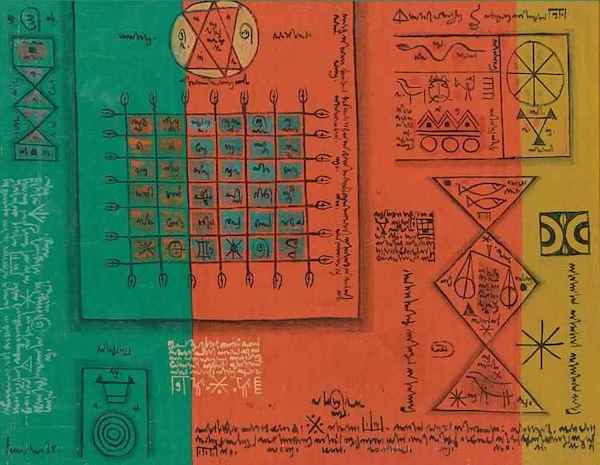 In 1845, Karl Marx jotted down some notes for The German Ideology, a book that he wrote with his close friend Friedrich Engels. Engels found these notes in 1888, five years after Marx’s death, and published them under the title Theses on Feuerbach. The eleventh thesis is the most famous: ‘philosophers have only interpreted the world, in various ways; the point, however, is to change it’. 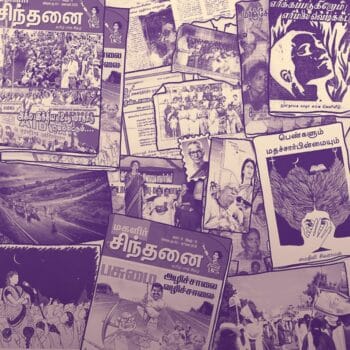 For the past five years, we, at Tricontinental: Institute for Social Research, have considered this thesis with great care. The most widely accepted interpretation of this thesis is that, in it, Marx urges people not only to interpret the world, but also to try and change it. However, we do not believe that this captures the meaning of the sentence. What we believe that Marx is saying is that it is those who try to change the world that have a better sense of its constraints and possibilities, for they come upon what Frantz Fanon calls the ‘granite block’ of power, property, and privilege that prevents an easy transition from injustice to justice. That is why we, at Tricontinental: Institute for Social Research, develop our analysis from the wisdom that political and social movements have accumulated over the years. We believe that those who struggle to change the world have a certain clarity about the structures that define it.

People’s movements across the world emerge out of the greviences and hopes of workers and peasants, of people who are exploited to accumulate capital for the propertied few and oppressed by social hierarchies. If enough people refuse to submit to the obstinate facts of hunger or illiteracy, their actions could turn into a rebellion, or even into a revolution. This refusal to submit requries confidence and clarity.

Confidence is mysterious, at times a force of personality, at others a force of experience. Clarity comes from knowing who exercises the levers of exploitation and oppression and how these systems of exploitation and oppression work. This knowledge emerges out of the experiences of work and life, but it is sharpened through the struggle to transcend these conditions.

Confidence and clarity that are built in the struggle can dissipate easily unless they are accumulated in an organisation, such as a peasants’ union, a women’s organisation, a trade union, a community group, or a political party. As these organisations grow and mature, they inculcate the habit of carrying out research led by the people and, in doing so, build a historical consciousness, an analysis of the political conjuncture, and a clear assessment of the vectors of hierarchy. 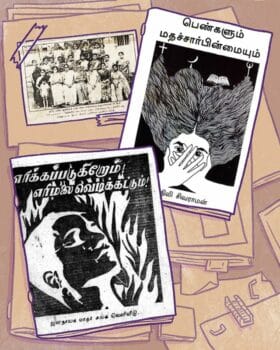 This process of conducting activist research is the heart of the interview we conducted with R. Chandra of the All India Democratic Women’s Association (AIDWA) for our dossier no. 58 (November 2022). Chandra tells us the story of how AIDWA activists conducted surveys in the southern state of Tamil Nadu to best understand the living and working conditions of women there, and she explains how these surveys have provided information about exploitation and oppression that has become the basis of AIDWA’s campaigns. Through these campaigns, AIDWA has learned more about the ‘granite block’ of power, privilege, and property. The recursive process between struggle and survey has enabled the organisation to build their theory and strengthen their struggle.

Chandra goes into detail to show us how AIDWA designed the surveys, how local activists conducted them, how their results led to concrete struggles, and how they trained AIDWA members to develop a clear assessment of their society and the struggles that are needed to overcome the challenges people face. ‘AIDWA members no longer need a professor to help them’, Chandra tells us. ‘They formulate their own questions and conduct their own field studies when they take up an issue. Since they know the value of the studies, these women have become a key part of AIDWA’s local work, bringing this research into the organisation’s campaigns, discussing the findings in our various committees, and presenting it at our different conferences’.

This activist research not only produces knowledge of the hierarchies that operate in a particular place, but it also trains the activists to become ‘new intellectuals’ of their struggles and leaders in their communities.

Over the years, based on interviews with movement leaders from Africa, Asia, and Latin America, our team at Tricontinental: Institute for Social Research has begun to develop our own methodology of activist research, a methodology to build knowledge out of praxis. This methodology consists of five main axes: 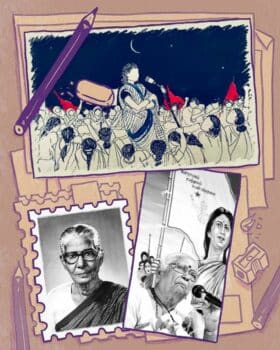 This is how we carry out our work, our form of activist research that we learned from organisations such as AIDWA.

As we published our dossier on activist research, heads of state and representatives from across the world gathered in Sharm El-Sheikh (Egypt) at the 27th Conference of the Parties (COP) for the United Nations Framework Convention on Climate Change, a conference detached from the mood of the people. This is the 27th COP, funded, among others, by Coca-Cola, a major abuser of water and the planet. Meanwhile, in Cairo, not far from this resort town, the human rights activist Alaa Abd El-Fattah sits in prison, where he has been for the past decade. He has decided to deepen his hunger strike by no longer drinking water, water that is increasingly privatised by companies such as Coca-Cola and stolen, as Guy Standing puts it, from the Blue Commons. Nothing good will come out of this COP, no agreement to prevent the climate catastrophe.

Last year, I attended the COP26 meeting in Glasgow. While standing in the queue for a PCR test, I met a group of oil executives, one of whom looked at my press badge and asked me what I was doing at the conference. I told him that I had recently reported about the horrendous situation in Cabo Delgado, northern Mozambique, where the people were in open rebellion against a gas extraction project led by the French and US companies Total and ExxonMobil, respectively. Despite the profits generated from the gas taken from their region, the people have continued to live in abject poverty. Rather than addressing this inequity, the governments of Mozambique, France, and the United States alleged that the protestors were terrorists and asked the military from Rwanda to intervene.

As we stood in line, one of the oil executives told me, ‘Everything you say is true. But no one cares’. An hour later, sitting in a hall in Glasgow, I was asked my opinion about the climate debate, whose terms have been shaped by fossil fuel executives and privatisers of nature. This is what I said: