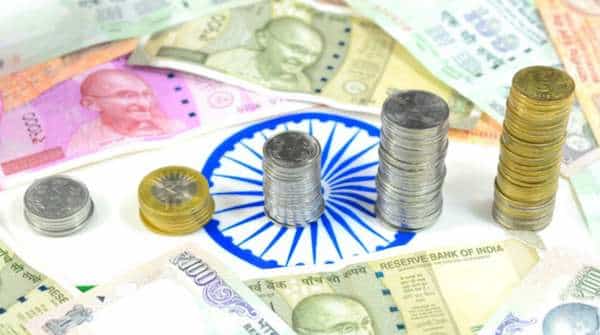 THERE are two defining and portentous features of the current world economic situation. One, which is well discussed, is the world-wide increase in interest rates in response to the pervasive inflationary upsurge; it would indubitably generate recession and unemployment, which, notwithstanding all protestations to the contrary, is the real objective behind it. The second feature, which is less discussed, is the outflow of finance from elsewhere in the world to the US that is contributing to a strengthening of the dollar vis-à-vis virtually all other currencies, with the sole and ironical exception of the Russian rouble. While all major currencies are weakening against the dollar, including the euro and the pound-sterling, what concerns us here in particular is the weakening of third world currencies, of which the rupee is a prime example.

In the current calendar year an estimated $200 billion has already flown out of India which amounts to a third of India’s exchange reserves. These reserves themselves have been drawn down by over $ 100 billion by the Reserve Bank of India in its bid to shore up the rupee against the dollar; but despite such drawing down the rupee has depreciated by about 10 per cent.

There is a belief that financial flows across nations are determined primarily by interest rate differentials, so that the current inflow into the US is a result of the US having raised its interest rates to a greater extent than other countries. From this it follows that when the other countries raise their interest rates by as much as the US has done, they would no longer face such capital outflows. This however is not true. While interest rate differentials no doubt have an effect on financial flows, there is something even more basic that influences such flows; and that is the state of euphoria among the financiers. When their expectations are euphoric, they move into countries in the periphery (some countries not all); but when their expectations are gloomy they prefer to move back to their home base, the United States. And a crucial factor affecting their euphoria or gloom is the level of US interest rates.

The fact that any jitteriness in financial circles, such as what the prospect of a world recession invariably introduces, drives finance to its home base, the United States, was demonstrated in the wake of the 2008 financial crisis. The US had been at the very epicentre of that crisis, its financial system filled with “toxic” assets consisting of loans made to borrowers who could not possibly repay; and yet the financial crisis, instead of resulting in a flow of finance out of the US, led immediately to a flow of finance back to the US from all over the world, including even from countries like India that had barely any exposure to “toxic” assets!

The main reason for the current financial inflow into the US that is strengthening the dollar lies of course in the rise in the US interest rates. But this rise matters not so much because it makes the US a more profitable destination for financial deployment; it matters because it portends a period of world recession that makes finance extremely jittery. In other words, world capitalism is entering into an altogether new phase in which third world economies will witness a persistent outflow of finance, even if they raise their interest rates in tandem with the American rates.

This would make the approaching crisis particularly acute for them. They would suffer not only from the recessionary effects of higher domestic and foreign interest rates; they would also suffer in addition from the fact that their debt rescheduling would become more expensive, and their current account deficits on the balance of payments would become more difficult to finance. All this would invite draconian “austerity” measures from international finance capital via its watchdogs like the IMF and the World Bank that would inevitably be approached for “assistance”.

This new phase of world capitalism will also affect countries like India adversely, despite their not being as heavily indebted to external lenders, as of now, as many other third world countries. Till now India has had easy access to external finance for managing its current account deficits under the neoliberal regime. In the immediate aftermath of “liberalisation” this was because the country’s earlier “closedness” to financial inflows made globalised finance eager to tap the various opportunities it provided when it did open up. Subsequently when American interest rates were driven down to zero to stimulate a recovery from the recession engendered by the financial crisis, finance, not surprisingly, flowed into India and other third world countries that offered much higher rates of return.

As a result, the rise in India’s GDP growth rates compared to the earlier dirigiste period witnessed at the beginning of this century could be sustained without any constraints arising from the side of the balance of payments. In fact for nearly a decade between 2002 and 2012, the exchange value of the rupee vis-à-vis the dollar remained remarkably stable, even when the country was experiencing an unprecedented upsurge in GDP growth rate. It is a separate matter that this upsurge brought no improvement in the living conditions of the working people, but whatever its effects it was unconstrained by any balance of payments difficulties. Indeed, on the contrary, so large was the scale of inflow of finance relative to the current account deficit that the Reserve Bank of India had to add to the country’s foreign exchange reserves to prevent an appreciation of the rupee. Such an appreciation would have caused a totally gratuitous “debt-financed deindustrialisation”, that is, an outcompeting of domestic producers by foreign suppliers because of an appreciating rupee even as the country’s external indebtedness to foreign financiers was going up.

That phase of neoliberalism is now over. Not only would India not experience GDP growth of that order of magnitude anymore because of a demand constraint arising from the massive growth of inequalities both within the country and internationally, a fact that has already become apparent for quite some time, but even this lower rate of GDP growth owing to the demand-constraint would itself become unsustainable because of balance of payments difficulties.

The extraordinary rapidity with which balance of payments difficulties can bring a country to its knees is illustrated in India’s neighbourhood itself, with Sri Lanka providing a classic example. Considered just the other day a “middle income country” that had graduated from its low income status, its economy is now beset with mounting external debt and an acute shortage of foreign exchange that makes it a mendicant before the International Monetary Fund which imposes onerous conditions of “austerity”. Imperialist propaganda makes all such “riches to rags” stories in the third world appear exclusively as fall-outs of local corruption, of the shenanigans of the likes of the Rajapaksas; but while these shenanigans no doubt play their role, focussing only on them and missing the structural infirmities introduced by neoliberalism is the height of folly.

A characteristic feature of neoliberal capitalism is that the living conditions of vast masses of the working people are determined by the whims and caprices of a bunch of financial speculators. The jitteriness of a bunch of financial speculators in the face of the inflationary upsurge and its sequel will bring in its wake acute hardships for the working people of the third world. The draconian austerity measures that would be imposed on these countries because of their balance of payments difficulties would mean that the people who scarcely got any benefits from the efflorescence of neoliberalism become ironically the victims of its decay.