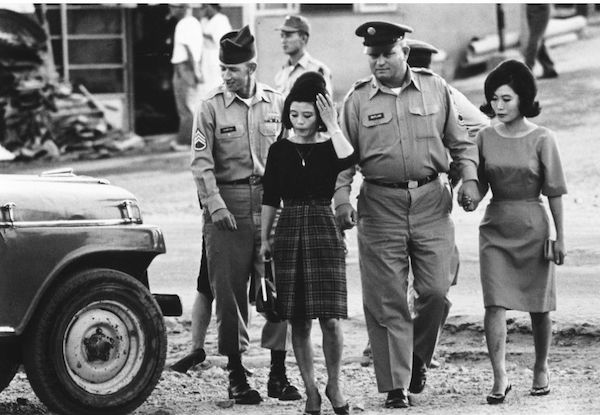 On September 29, the Supreme Court 대법원 confirmed the lower court ruling that held the South Korean government responsible for the formation and operation of organized prostitution from the 1950s through 70s. The ruling ordered the government to pay reparations of KRW 5m (USD 3.5k) to each of the 95 former sex workers who filed suit in 2014.

Following the end of the Korean War in 1953, more than 200k U.S. soldiers—greater than the population of todays’ Pittsburgh—were stationed in South Korea. In the gijichon 기지촌 (“camp towns”), which survive in pockets in places near Camp Casey in Dongducheon, Gyeonggi-do Province 경기도 동두천, as many as 20k sex workers—the overwhelming majority of whom were young girls and women who lost their family in the war—serviced the GIs. In a country leveled by the war, sex work was a valuable source of income. By the early 1960s, prostitution in camp towns made up 25% of South Korea’s gross domestic production (GDP).

In a program reminiscent of Imperial Japan’s military sex slavery, South Korea’s right-wing dictatorship systematically operated the camp town sex trade. (The women involved in this program were also called “Comfort Women 위안부” in the Korean law regulating their hygiene.) In 1962, the Park Chung-hee 박정희 dictatorship established 104 special districts in which the law prohibiting prostitution was unenforced and entertainment establishments received tax breaks. The sex workers were registered with the government in an arrangement that resembled indentured servitude, and subjected to health check-ups to screen for sexually transmitted diseases.

The health check-up often led to the worst episodes of human rights violations. The U.S. military could point out any sex worker who was suspected to be carrying STDs. The women then would be rounded up and placed into a quarantine facility, where they received hazardous doses of drugs in captivity. The U.S. soldiers referred to the quarantine facility in Dongducheon as “the Monkey House,” because of the screams of women demanding to be let out. In this prison-like condition, the women would sometimes be injured or killed from penicillin shock, caused by an excess amount of antibiotics administered by U.S. medics who were more focused on quashing the STDs than caring for the women’s health.

‘A pimp sold me to a U.S. camp town,’ she recalled. ‘Inside a warehouse, I was raped. The police sent me to the Monkey House, where American medics gave us injections’ of penicillin and other drugs to prevent the spread of STDs. After her release, she was required to wear a plastic badge showing she’d been tested—‘cunt tags,’ she called them.