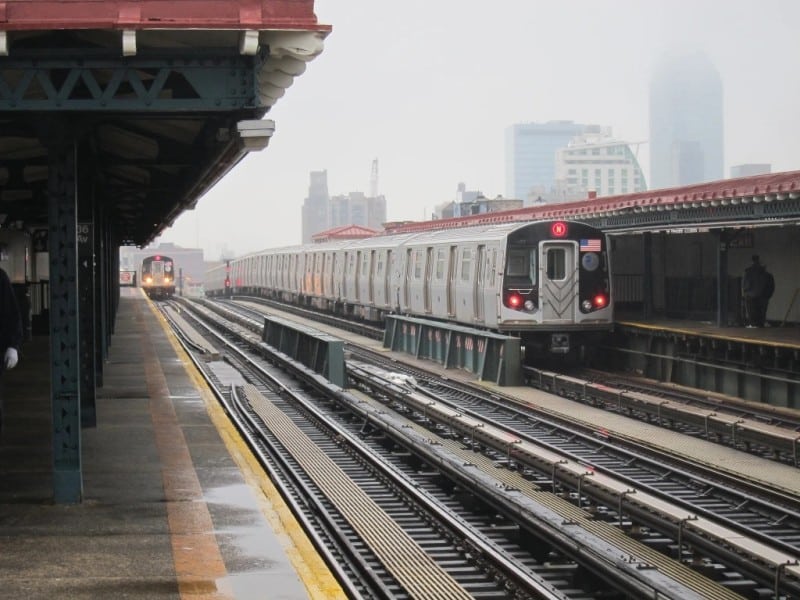 “Working together, we have spared this country a Christmas catastrophe in our grocery stores, in our workplaces, and in our communities,” said President Joe Biden on Thursday, after both the House and Senate followed through on his request to block the impending rail workers’ strike. With the votes of all but one member of “the Squad,” a bill was passed in the Congress to impose a contract on the workers of America’s seven largest railway companies, crushing their ability to (legally) go forward with a strike after almost a year of unfruitful contract negotiations with the railway management.

Biden hinged much of his presidential platform on supporting organized labour, and after bungling many of his core campaign promises to working people, such as Build Back Better and student debt cancellation, the hope that he would protect workers from union busting activity was one of the last remaining promises he could deliver on. The Congressional Progressive Caucus, on the other hand, whose members have self-described as “democratic socialists,” presented themselves as allies of basic reformist positions such as raising the minimum wage, Medicare for All, and the right of workers to organize. Yet one by one these fights have been walked away from, and the Progressive Caucus has fallen in line with the Democratic Party leadership.

This week was an opportunity for the Democratic Party, and especially the Progressive Caucus, to make good on the commitments they had made to workers—and they chose not to.

As America’s fifth most profitable industry, the railroad sector posted record profits of $27 billion last year, with top shareholders receiving $146 billion in stock buybacks and dividends, and top executives doubling their salaries. The impasse in negotiations was due in particular to the unwillingness of railroad companies to guarantee even a single day of paid sick leave for their employees. This intractability is partly due to a recent trend of mass layoffs: rail companies have cut nearly 30 percent of their employees in the last six years, driving record profits but creating a scheduling nightmare for workers.

After rejecting the most recent tentative agreement which would have given workers only a single paid “personal day” and no paid sick days, and the removal of only some of the disciplinary measures for time missed due to a medical emergency, the 12 unions began to prepare for a national strike. On Monday, President Biden (in the same breath describing himself as a “proud pro-labour president”) called on Congress to block the strike and impose the rejected tentative agreement in order to avoid an economic catastrophe right before the holidays (the strike would cost the economy approximately $2 billion a day).

Congress members, who enjoy an unlimited number of sick days, voted 290-137 to ratify the bill. And while 58 Republicans voted against the bill, only eight Democrats rejected it. The affirmative vote by the Progressive Caucus (excluding Rashida Tlaib, the only Squad member to vote “no”) was apparently part of a deal it made with House Speaker Nancy Pelosi in exchange for a separate amendment which would require seven days of paid sick leave to be included in the tentative agreement. The problem is that by allowing for these bills to be voted on separately, the sick days amendment was doomed to be rejected in the Senate. This was indeed the result, even with six Republican senators voting “yes” to the seven sick days amendment. Therefore, the move served to save face while the Progressive Caucus fell in line with the Democratic Party at the expense of the most fundamental right of workers.

As political commentator Briahna Joy Gray pointed out, the situation feels eerily similar to the Build Back Better debacle last fall, when the Build Back Better Act, the worker-friendly portion of Biden’s infrastructure package, was amputated from the industry-friendly portion of the bill in an effort by Democrats to get the latter passed. After the Progressive Caucus caved and gave their vote to the Bipartisan Infrastructure Bill (the industry-friendly portion), the Build Back Better Act was rejected, and working families were left with next to nothing. Whether this pattern is a political tactic on the part of the Progressive Caucus, or simply incompetence, they have lost the trust of working people. “This just shows unions should never be reliant on a political party or politician,” said Seth Goldstein, a lawyer for the Amazon Labor Union.

How the "pro-labor Biden" abandoned rail workers, the media ran cover for his betrayal, & the so-called progressives once again used technocratic tools to obscure their complicity. https://t.co/pQZohQpJsB pic.twitter.com/Pz5NRc16sv

While there is no doubt that Biden, whose presidency has already been characterized by high inflation, had plenty of political motivation to prevent an even deeper supply chain crisis by blocking the rail strike, the confidence private capital interests had in his willingness to prevent it from happening exposes Biden’s “union-guy” persona as a façade.

On October 31, Joe Craft, President of Alliance Resource Partners (an energy company), remarked during an investor call, “we’re still believing that the federal government will be involved enough to prevent a major disruption to our economy that the rail strike would occur.” The US Chamber of Commerce already called on Biden to intervene to prevent a potential strike back in July, and on October 28, a coalition of 322 business groups urged the president to block the impending strike, citing the devastating impact it would have on businesses. Railroad Workers United Treasurer Hugh Sawyer voiced frustration on behalf of the workers, saying of Biden,

he had the opportunity to prove his labor-friendly pedigree to millions of workers by simply asking Congress for legislation to end the threat of a national strike on terms more favorable to workers. Sadly, he could not bring himself to advocate for a lousy handful of sick days. The Democrats and Republicans are both pawns of big business and the corporations.

If the Progressive Caucus believes that workers are entitled to “dignity and respect,” they would have rejected this bill, rather than strip from workers their legal ability to withhold their labour in the absence of a fair deal. Indeed, the labour movement will not soon forget this betrayal, which should dissolve any remaining faith in the Democratic Party, and make room for a true worker’s movement to “gather steam.”

Natalie Braun is a writer and researcher based in Winnipeg.