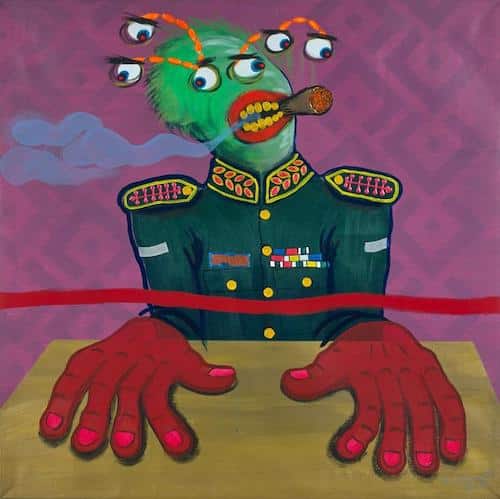 The United States government held the U.S.-Africa Leaders Summit in mid-December, prompted in large part by its fears about Chinese and Russian influence on the African continent. Rather than routine diplomacy, Washington’s approach in the summit was guided by its broader New Cold War agenda, in which a growing focus of the U.S. has been to disrupt relations that African nations hold with China and Russia. This hawkish stance is driven by U.S. military planners, who view Africa as ‘NATO’s southern flank’ and consider China and Russia to be ‘near-peer threats’. At the summit, U.S. Defence Secretary Lloyd Austin charged China and Russia with ‘destabilising’ Africa. Austin provided little evidence to support his accusations, apart from pointing to China’s substantial investments, trade, and infrastructure projects with many countries on the continent and maligning the presence in a handful of countries of several hundred mercenaries from the Russian private security firm, the Wagner Group.

The African heads of government left Washington with a promise from U.S. President Joe Biden to make a continent-wide tour, a pledge that the United States will spend $55 billion in investments, and a high-minded but empty statement on U.S.-Africa partnership. Unfortunately, given the U.S. track record on the continent, until these words are backed up with constructive actions, they can only be considered empty gestures and geopolitical jockeying.

There was not one word in the summit’s final statement on the most pressing issue for the continent’s governments: the long-term debt crisis. The 2022 UN Conference on Trade and Development Report found that ‘60% of least developed and other low-income countries were at high risk of or already suffering in debt distress’, with sixteen African countries at high risk and another seven countries—Chad, Republic of the Congo, Mozambique, São Tomé and Príncipe, Somalia, Sudan, and Zimbabwe—already in debt distress. On top of this, thirty-three African countries are in dire need of external assistance for food, which exacerbates the already existing risk of social collapse. Most of the U.S.-Africa Leaders Summit was spent pontificating on the abstract idea of democracy, with Biden farcically taking aside heads of state like President Muhammadu Buhari (Nigeria) and President Félix Tshisekedi (Democratic Republic of Congo) to lecture them on the need for ‘free, fair, and transparent’ elections in their countries while pledging to provide $165 million to ‘support elections and good governance’ in Africa in 2023. 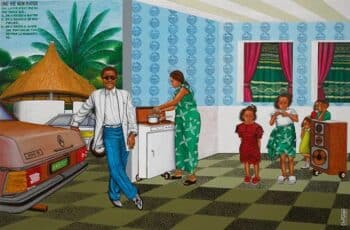 Most of the debt held by the African states is owed to wealthy bondholders in the Western states and was brokered by the International Monetary Fund (IMF). These private creditors—who hold the debt of countries such as Ghana and Zambia—have refused to provide any debt relief to African states despite the great distress they are experiencing. Often left out of conversations about this issue is the fact that this long-term debt distress has been largely caused by the plunder of the continent’s wealth.

On the other hand, unlike the wealthy bondholders of the West, the largest government creditor to African states, China, decided in August 2022 to cancel twenty-three interest-free loans to seventeen countries and offer $10 billion of its IMF reserves for use by the African states. A fair and rational approach to the debt crisis on the African continent would suggest that much more of the debt owed to Western bondholders should be forgiven and that the IMF should allocate Special Drawing Rights to provide liquidity to countries suffering from the endemic debt crisis. None of this was on the agenda of the U.S.-Africa Leaders Summit.

Instead, Washington combined bonhomie towards the African heads of government with a sinister attitude towards China and Russia. Is this friendliness from the U.S. a sincere olive branch or a trojan horse with which it seeks to smuggle its New Cold War agenda onto the continent? The most recent U.S. government white paper on Africa, published in August 2022, suggests that it is the latter. The document, purportedly focused on Africa, featured ten mentions of China and Russia combined, but no mention of the term ‘sovereignty’. The paper stated:

In line with the 2022 National Defense Strategy, the Department of Defense will engage with African partners to expose and highlight the risks of negative PRC [People’s Republic of China] and Russian activities in Africa. We will leverage civil-defense institutions and expand defense cooperation with strategic partners that share our values and our will to foster global peace and stability. 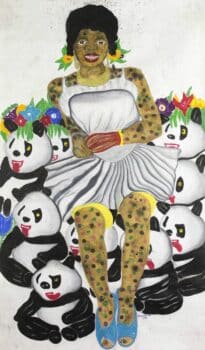 The document reflects the fact that the U.S. has conceded that it cannot compete with what China offers as a commercial partner and will resort to military power and diplomatic pressure to muscle the Chinese off the continent. The massive expansion of the U.S. military presence in Africa since the 2007 founding of the United States Africa Command—most recently with a new base in Ghana and manoeuvres in Zambia—illustrates this approach

The United States government has built a discourse to tarnish China’s reputation in Africa, which it characterises as ‘new colonialism’, as former U.S. Secretary of State Hillary Clinton said in a 2011 interview. Does this reflect reality? In 2017, the global corporate consulting firm McKinsey & Company published a major report on China’s role in Africa, noting after a full assessment, ‘On balance, we believe that China’s growing involvement is strongly positive for Africa’s economies, governments, and workers’. Evidence to support this conclusion includes the fact that since 2010, ‘a third of Africa’s power grid and infrastructure has been financed and constructed by Chinese state-owned companies’. In these Chinese-run projects, McKinsey found that ‘89 percent of employees were African, adding up to nearly 300,000 jobs for African workers’.

Certainly, there are many stresses and strains involved in these Chinese investments, including evidence of poor management and badly designed contracts, but these are neither unique to Chinese companies nor endemic to their approach. U.S. accusations that China is practicing ‘debt trap diplomacy’ have also been widely debunked. The following observation, made in a 2007 report, remains insightful: ‘China is doing more to promote African development than any high-flying governance rhetoric’. This assessment is particularly noteworthy given that it came from the Paris-based Organisation for Economic Cooperation and Development, an intergovernmental bloc dominated by the G7 countries. 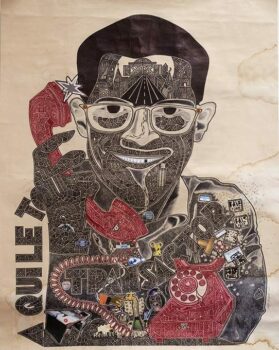 What will be the outcome of the United States’ recent $55 billion pledge to African states? Will the funds, which are largely earmarked for private firms, support African development or merely subsidise U.S. multinational corporations that dominate food production and distribution systems as well as health systems in Africa?

Here’s a telling example of the emptiness and absurdity of the US’s attempts to reassert its influence on the African continent. In May 2022, the Democratic Republic of the Congo and Zambia signed a deal to independently develop electric batteries. Together, the two countries are home to 80 percent of the minerals and metals needed for the battery value chain. The project was backed by the UN’s Economic Commission for Africa (ECA), whose representative Jean Luc Mastaki said, ‘Adding value to the battery minerals, through an inclusive and sustainable industrialisation, will definitely allow the two countries to pave the way to a robust, resilient, and inclusive growth pattern which creates jobs for millions of our population’. With an eye on increasing indigenous technical and scientific capacity, the agreement would have drawn from ‘a partnership between Congolese and Zambian schools of mines and polytechnics’.

Fast forward to the summit: after this agreement had already been reached, the DRC’s Foreign Minister Christophe Lutundula and Zambia’s Foreign Minister Stanley Kakubo joined U.S. Secretary of State Antony Blinken in signing a memorandum of understanding that would allegedly ‘support’ the DRC and Zambia in creating an electric battery value chain. Lutundula called it ‘an important moment in the partnership between the U.S. and Africa’.

The Socialist Party of Zambia responded with a strong statement: ‘The governments of Zambia and Congo have surrendered the copper and cobalt supply chain and production to American control. And with this capitulation, the hope of a Pan-African-owned and controlled electric car project is buried for generations to come’. 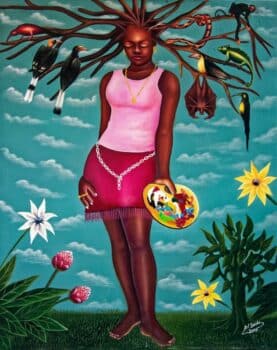 It is with child labour, strangely called ‘artisanal mining’, that multinational corporations extract the raw materials to control electric battery production rather than allow these countries to process their own resources and make their own batteries. José Tshisungu wa Tshisungu of the Congo takes us to the heart of the sorrows of children in the DRC in his poem, ‘Inaudible’:

Listen to the lament of the orphan
Stamped with the seal of sincerity
He is a child from around here
The street is his home
The market his neighbourhood
The monotone of his plaintive voice
Runs from zone to zone
Inaudible.