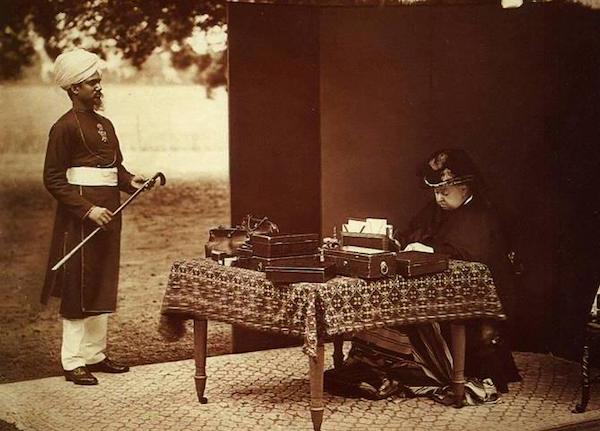 THE hegemony of imperialism is invariably associated with an agrarian crisis in countries of the global south; in fact agrarian crisis is just the other side of the ascendancy of imperialism. This is evident from the case of Indian agriculture. The colonial period saw a more or less perpetual agrarian crisis, whose starkest manifestation was in the form of recurring famines. Colonial rule in India began with the East India Company acquiring the revenue-collecting rights over Bengal from the Mughal Emperor Shah Alam in 1765. Within five years, in 1770, Bengal was devastated by famine, perhaps the worst famine ever in world history, in which according to Company officials themselves, 10 million people out of a total population in Bengal of 30 million, died. British rule ended once more with a massive famine in 1943-44, in which at least 3 million people in Bengal are estimated to have perished.

The famine at the beginning of British rule was because of exorbitant revenue demands; the famine at the end of British rule too was because of excessive exactions from the people of Bengal, in the form of inflation caused by an abnormally high level of deficit financing, in addition to tax collections, for financing the Allied war spending in South Asia. The victims of the famine were always predominantly the rural population, consisting of the peasantry and the agricultural labourers. But in addition to famines, debt, destitution, and dispossession of the peasantry were common features of colonial rule.

Such rapacity on the part of the colonial rulers was not just an arbitrary phenomenon; it was necessarily linked to the development of capitalism in Britain, and in the metropolis in general. Capitalism in the metropolis requires a number of primary commodities, consisting of raw materials and foodgrains which it cannot do without and at the same time cannot grow within its own boundaries, either at all, or in sufficient quantities, or all the year round. The case of oil, of which only 11 per cent of the total known reserves of the world are located in the temperate regions that constitute the home base of capital, is much discussed. But the same reliance on the rest of the world, especially the tropical and subtropical lands, for a variety of agricultural goods, is often lost sight of.

Capitalism for instance came into its own through the industrial revolution of the late eighteenth and early nineteenth centuries; and the industry at the very centre of it was cotton textiles. But, Britain, the country that witnessed this revolution, could grow no cotton at all; it had to obtain raw cotton supplies through imports from tropical and subtropical lands. To meet the demands of the metropolis for all these raw materials, first of all, commodity production had to be introduced in these lands, commodity production in the true sense where production decisions are taken exclusively on the basis of market signals, without any concern for food self-sufficiency either at the family or local or country level. And secondly, if sufficient supplies of such materials had to be obtained for the metropolis, then, given the limited land mass in the producing regions, local demand for these products (or for products grown on the same lands) had to be compressed there.

The colonial taxation system achieved both these objectives for the metropolis. The shift from taxation of produce as in Mughal India to a land tax in cash under colonialism, together with the enforcement of rigid tax payment times under the latter, forced the peasantry to take loans from merchants for making tax payments; and the merchants in turn insisted on peasants producing specific crops and selling to them at pre-contracted prices as the condition for advancing such loans. Commodity production was thus introduced into peasant agriculture, not directly but in a refracted manner, since the merchants themselves responded to market signals. At the same time, the very imposition of heavy taxes on the peasantry, together with the deindustrialisation that occurred in the wake of imports of machine-made goods from the metropolis, reduced the incomes of the working people, and hence imposed a demand compression on them that released the goods wanted by the metropolis. Thus both the objectives of imperialism were fulfilled by the colonial taxation system, which in addition had the “advantage” that it obtained these goods for the metropolis substantially free of cost.

With the end of colonialism this arrangement ended; in addition the dirigiste regime in the realm of the economy that was built up in independent India alleviated the perpetual agrarian crisis that had characterised colonialism. Of course, land concentration did not end; landlordism continued, with several of the landlords converting themselves into capitalist landlords in the manner of the Prussian junkers; exploitation of the peasantry remained. But agrarian crisis whether in the form of devastating famines or in the form of debilitating indebtedness, mass migration to towns, or mass suicides, ceased to characterise peasant agriculture.

With the adoption of neoliberal policies however, which meant subjecting the economy to the hegemony of globalised finance, with which the Indian big bourgeoisie became closely integrated, matters changed. Metropolitan hegemony in the realm of the economy was back, though now with the connivance of the domestic big bourgeoisie. And the agrarian crisis returned, this time not in the form of famines but in the form of growing peasant destitution, burdensome indebtedness leading to mass suicides, and migration to towns in search of jobs that were few and far between, all arising from the decline in the profitability of Indian agriculture. This decline was so sharp that it made peasant agriculture more or less unviable; and an additional squeeze was exerted on the peasantry through the privatisation of essential services like education and healthcare that made them much more expensive.

The reason for this shift in policy towards peasant agriculture, apart from the general desire of big capital to encroach on petty production and peasant agriculture, which now gets an opportunity to get realised, is the reassertion of the twin objectives mentioned earlier. These are: to draw the peasants into the ambit of authentic commodity production; and to impose a demand compression on our economy so that adequate supplies are made available to the metropolis. Such demand compression is now effected through fiscal austerity and tight monetary policy measures imposed through the IMF programmes. This does not of course give the metropolis its needed tropical and subtropical goods free as in the colonial times (though an element of “drain” on a limited scale continues even after decolonisation, through unequal exchange, payment for patents, and other such means); but it ensures that adequate supplies are made available to the metropolis without causing any inflation either in the metropolis or in the periphery.

The other objective of the metropolis, of enforcing commodity production, seeks production to be in accordance with what the market dictates. It requires inter alia the abandonment of all such considerations as food self-sufficiency (even at a low level of incomes and purchasing power). One important change from the colonial times that has occurred is that the metropolitan countries have become surplus producers of foodgrains, which from their point of view necessitates even more urgently that countries of the periphery like India abandon their self-sufficiency in foodgrains. India has already abandoned its policy of government price support for cash crops; but in the case of foodgrains the mechanism of support and procurement prices, and procurement operations to feed the public distribution system, still continue to remain despite pressures from the WTO, because no government has dared to accede to such pressures.

The Modi government thought that under the cover of the distracting discourse of Hindutva, and taking advantage of the pandemic, it could carry this metropolitan agenda to completion. Its three infamous farm laws had precisely this objective. They were meant to eliminate the system of support prices for foodgrains and pave the way for a corporatisation of agriculture, all in the name of improving the peasants’ lot! But the determined struggle of the peasantry thwarted this plan.

This retreat of the government however is only temporary. Committed to neoliberalism as the Modi government is, and hence to the agenda of removing all government intervention in markets including the foodgrain market, it will come back with the same measures once again when a suitable opportunity arises; behind its bombastic talk of “nationalism” is the most abject surrender to imperialist demands, the most craven kow-towing to imperialist diktat. The implementation of such measures however will not only reduce foodgrain production in the country but will also mean a winding up of the public distribution system, since no PDS can be run meaningfully on the basis of imported grains. What it will mean for India is demonstrated by the African example where the abandonment of foodgrain self-sufficiency has made several countries import-dependent and vulnerable to famines, including now in the wake of the Ukraine war that has disrupted global foodgrain supplies.

Hence, both the overcoming of the agrarian crisis and the preservation of food self-sufficiency demand that the peasantry must be defended against the demands of imperialism.