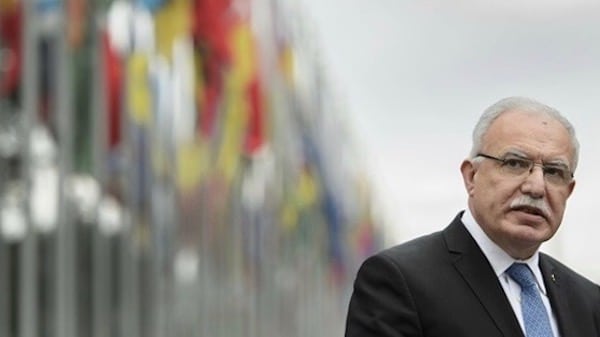 Israeli has imposed a series of repressive measures on Palestinians, including the revocation of travel permits and restrictions on construction. The measures mark yet another attack on the rights of Palestinians by the new right-wing government in Israel and come after a vote in the UN General Assembly on the Israeli occupation.

Maliki said he was informed about the change in status when traveling back from the inauguration of the Brazilian president.

In response, Maliki said on Sunday, December 8, that the Palestinian Authority (PA) is considering taking legal action against the Israeli government’s moves to restrict the freedom of movement of PA officials and the imposition of other “punitive” measures against Palestinians.

The move is being seen as part of a series of punitive measures taken against the PA for pushing a UN General Assembly vote last month, which sought an opinion from the International Court of Justice (ICJ) on the legal status of the Israeli occupation.

On Saturday, Israel also announced revocation of the “entry permits” of three Fatah operatives, after they visited Karim Younis at his home following his release from 40 years in Israeli prison.

On Friday, the Israeli ministerial committee on national security also ordered the transfer of approximately USD 39 million from the PA tax funds to the so-called “Israeli victims of terrorism.”

The amount is equal to funds paid by the PA to the families of Palestinian victims of Israeli atrocities last year. Israel claimed that the transfer of funds to Palestinians amounts to “promotion of terrorism.”

Israel also issued a moratorium on all Palestinian constructions across the occupied West Bank.

Israel’s national security ministry, headed by extremist Itamar Ben-Gvir, also issued a ban on any visit by an Israeli lawmaker to Palestinian prisoners on Friday.

Ben-Gvir also issued an order asking for the removal of all Palestinian flags from public spaces, equating their public display to “terrorism.”

“The Israeli occupation’s measures violate international law, and come in response to the state of Palestine’s natural and legal right to get rid of the decades-long occupation,” Maliki said.