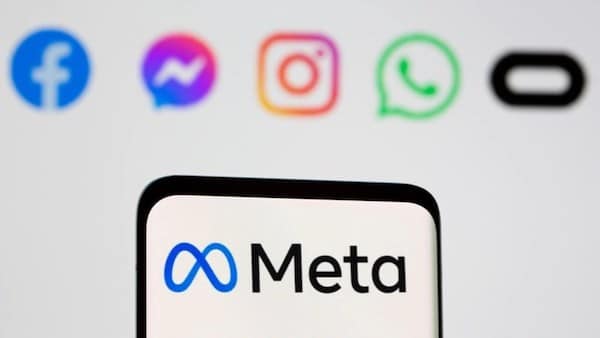 US tech giant Meta announced on Monday that it now permits sharing posts calling for the death of Iran’s leader Sayyed Ali Khamenei.

The decision overturns an earlier policy to ban such posts, with Meta claiming that the phrase “Death to Khamenei” does not entail a literal threat against his life.

Users can now liberally use the phrase in English or Farsi, without violating the company’s policies and risking penalties.

“It is a rhetorical, political slogan, not a credible threat,” the Facebook parent company said in a statement.

Furthermore, the decision comes despite all U.S. social media platforms insisting that they practice “responsible” censorship in combating posts that contain misinformation and provoke violence, threats targeting individuals or groups, or “hate speech”.

However, this is not the case when it comes to entities and individuals that don’t align with the U.S. foreign policy, i.e. anyone who opposes the U.S. and its illegal hegemonic actions around the world.

“In the Iranian context … Meta must do more to respect freedom of expression and permit the use of rhetorical threats. The Iranian government systematically represses freedom of expression, and digital spaces have become a key forum for dissent. In such situations, it is vital that Meta supports users’ voices,” the U.S. tech giant claimed in a statement.

According to American “free speech” policies, calling for support to countries facing Western aggression, such as Palestine, Yemen, Syria, Iran, or Russia, is a violation, which entails bans and suspensions from American-owned social media platforms.

The cartoon, which was widely circulated intentionally, demonizes Iran in light of the recent riots that have been manipulated to fit the West’s agenda and its aspirations to fulfill regime change in Iran.

However, despite the offensive content that targeted tens of millions of Iranians, the paper chartered Western support, in addition to backing from the Israeli occupation entity.

Twitter, Fb, TikTok, more are run by the FBI, CIA, and NATO

A report released last June by MintPress found that, after conducting an analysis of employment and recruitment websites, Twitter has hired “an alarming number” of ex-FBI agents and other former “feds and spies.”

However, MintPress noted that Twitter is not the only social media platform that is “cultivating such an intimate relationship with the FBI and other groups belonging to the secret state.”

According to a MintPress News report, “dozens of individuals from the national security state” have been hired in recent years “to work in the fields of security, trust, safety, and content.” Furthermore, it is stated that the FBI is the chief among the places where Twitter finds future recruits.

Twitter’s claims of neutrality are undermined by the reality that the majority of its candidates come from U.S. national security groups which in itself “is the source of some of the largest and most extensive influence operations in the world,” the report added.

“One cannot help noticing that this list correlates quite closely to a hit list of U.S. government adversaries. All countries carry out disinfo campaigns to a certain extent. But these ‘former’ spooks and feds are unlikely to point the finger at their former colleagues or sister organizations or investigate their operations,” MintPress explained.

The report found that Facebook, with approximately 2.9 billion users whose feeds are affected by the company policy, “has entered into a formal partnership with the Atlantic Council’s Digital Forensics Research Lab.” This means that the choice of employees creates an entire and cumulative atmosphere that actively helps “decide what content to promote and what content to suppress.” In addition, Facebook also hired former NATO Press Secretary, Ben Nimmo, as its head of intelligence.

Furthermore, according to the MintPress report, TikTok, Reddit, Thomson Reuters, and a variety of U.S. media outlets have also been filling their organizations with alumni from U.S. national institutions such as the Atlantic Council, NATO, CIA, and the State Department.

A Human Rights Watch report released in October 2021 said Meta wrongfully removed and suppressed content by Palestinians and their supporters, including content regarding human rights abuses committed by “Israel” against Palestinians during the Seif Al-Quds battle.

Instagram also removed all the aforementioned posts under the pretext that they contain “hate speech or symbols.”

There were reports regarding hundreds of deleted posts, suspended or restricted accounts, disabled groups, and so on, underlining Meta’s censorship of the systemic violence against Palestine.

Facebook has never disputed this claim. However, it told HRW in a letter it has “one single global process for handling government requests for content removal.”

In September of 2022, Human Rights Watch repeated that Meta, Facebook, and Instagram’s parent company censored and removed content documenting human rights abuses committed by “Israel” during the May 2021 Israeli aggression on Gaza.

Between August 5 and August 15 of 2022, when “Israel” was carrying out an aggression on Gaza, 7amleh (the Arab Center for the Advancement of Social Media, a civil society group that formally collaborates with Meta on speech issues) counted approximately 90 deletions of information pertaining to bombings.

Examples of Palestinian content that has been censored that The Intercept has looked at include the removal on August 5 of a post lamenting the passing of Alaa Qadoum, a five-year-old Palestinian girl killed by an Israeli missile strike, as well as an Instagram video of Gazans recovering bodies from the rubble.

Both posts were deleted along with a notice stating that the imagery “goes against our guidelines on violence or dangerous organizations”–a reference to Meta’s corporate policy against posting any content that promotes violence or information about its extensive list of prohibited individuals and organizations.

A free game landed on Google’s Play store last week that enables users to assume the role of Iranian protesters.

The exemption went into effect until April 30 and continued to be available only to Ukrainian users, as ordered by the company at the end of March.

Some Meta employees expressed frustration on an internal social platform about the fact that Ukrainians are being granted an unprecedented exception that no other users from conflict-torn regions, such as the Middle East, have received before, according to the news agency.

“Seems this policy is saying hate speech and violence is ok if it is targeting the ‘right’ people,” one of Meta’s employees was cited as saying then.

On March 21, Russia labeled Meta as an extremist after the social media giant selectively relaxed its rules to allow Ukrainians to call for violence and use hate speech against Russians, including calls for the death of Russian President Vladimir Putin and Belarusian President Alexander Lukashenko.