Mexico suffered two powerful earthquakes in September 2107. The first, with magnitude 8.2 took place on September 7. With its epicenter off the Pacific coast of southern Mexico, it caused damage mainly in the states of Chiapas and Oaxaca. The second took place on September 19 and had a magnitude of 7.1, with its epicenter about 75 miles (120 kilometers) southeast of Mexico City, damaged the surrounding area, including Mexico City. 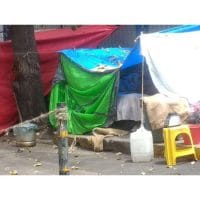