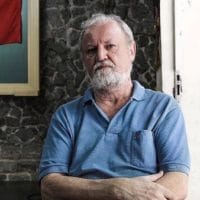 It is a fundamental task for the class struggle that we succeed in liberating Lula so that he becomes the principal spokesman, he is the one who has the capacity to help mobilize the masses against the system and the project of the extreme right. 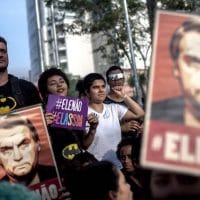 “Reformed” captain Jair Bolsonaro already committed to the “market” the handover of all decisions in the economic area to large capital, under the hegemony of financial capital and foreign corporations (as personified in Paulo Guedes and his Chicago Boys, including Levy in the Brazilian Development Bank-BNDES). 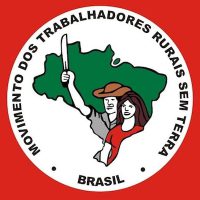 The national leader of the Landless Rural Workers Movement (MST), the economist João Pedro Stédile, is at the frontline for the liberation of former President Luiz Inácio Lula da Silva. He predicts that if Lula’s candidacy is prevented, a political crisis will become even more acute. 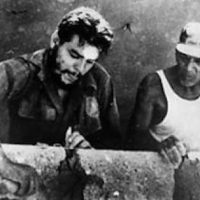 Believing in Che is, above all, permanently fueling the possibility of a revolution. Making the revolution every day.

João Pedro Stédile, second from left, speaks to the Peasant Movement of Papay in Haiti.  Photo: Beverly Bell. João Pedro Stédile is an economist, co-founder and co-coordinator of the Landless Workers Movement (MST) of Brazil, and leader among Latin American social movements.  He gave the following talk to hundreds of Haitian farmers at the 40th […]

After the Second World War, from which the Allied forces emerged victorious, the government of the United States sought to make the most of its military victory.  It structured the Assembly of the United Nations to be led by a Security Council composed of the seven most powerful countries, with veto power over decisions […]

In January 1984, mass movements began to rise again in Brazil.  The working class was reorganizing, accumulating organic forces.  Underground parties, such as the Brazilian Communist Party (PCB), the Communist Party of Brazil (PCdoB), etc., were already in the streets.  We had won only a partial amnesty, but a majority of exiles had returned. […]

The Movement of Financial Capital In recent years, there has been an intensive, continuous process of concentration and centralization of corporations operating and controlling the entire production process of global agriculture. Concentration is the concept used in political economy to explain the movement of large corporations to combine, accumulate, and become large groups.  Thus, […]