Ending Ageism, or How Not to Shoot Old People, Gullette’s most recent book was featured in The New Yorker in November 2017 and won the 2018 American Psychological Association’s Division 35 Florence L. Denmark Prize for contributions to women and aging that promote social justice. A review of Ending Ageism in Tikkun calls anti-ageism "the next big social movement." She has published other prize-winning books about the cultural contexts of age, and her essays have appeared in New Political Science, Nation, Dissent, Ms., American Prospect. One essay won the Daniel Singer Millennial Award. Her essays are often cited as notable in Best American Essays. She is a Resident Scholar at the Women’s Studies Research Center, Brandeis University. mgullette [at] msn.com. 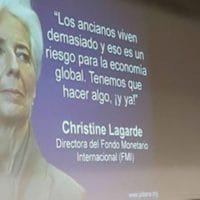 This secret memo was discovered in the waste basket of a high-ranking staffer in the European Commission. The memo from “the Coalition” begins “Dear Angela, Teresa, Emmanuel…” and has a further list of first names—heads of state and secretaries or ministers of finance, health and human services—were mostly scribbled over with marker.