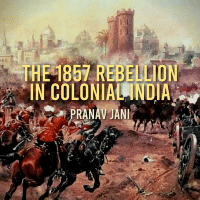 The 1857 Rebellion against British rule in Colonial India hasn’t always received the attention it deserves, despite being one of the most important uprisings of the 19th century. Pranav Jani argues it’s high time we changed that.

Faced with an explosion of pro-democracy strikes and mass demonstrations, Nepal’s King Gyanendra was forced to reinstate parliament last week. Gyanendra had abolished parliament in October 2002 and seized absolute control in February 2005, but his attempts to regain his grip through repression last month only sparked further rebellion. On April 28, the Seven-Party Alliance […]