Raja Swamy is an anthropologist at University of Tennessee. Both are members of the India Civil Watch collective. 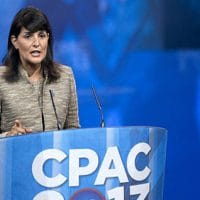 Indian Americans’ susceptibility to conservative politics in the U.S. is itself a contradictory affair—on the one hand they have largely voted Democrat, but have publicly remained ambivalent about racial politics in the country. One key element of this ambivalence is the question of affirmative action and meritocracy.

The Pew Research Center released a new survey that reveals a very favorable perspective of Narendra Modi among Indians.  In fact, the header for the report reads: “The Modi Bounce: Indians Give Their Prime Minister and Economy High Marks, Worry about Crime, Jobs, Prices, Corruption.”1  According to the results 87% of Indians have a “favorable […]

After thirty-four days of relentless aerial bombardment and a ground invasion, Israel’s brutal assault on Lebanon’s civilian population has come to a halt, at least temporarily.  As the dust from the rubble of Lebanon’s ruined cities, villages, and infrastructure settles, and as bodies of victims are recovered and buried, and the human losses mourned by […]