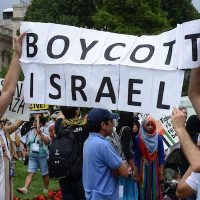 When Hamas members were elected as the majority bloc of the Palestinian Legislative Council, and as it became apparent that a US-led international embargo would be an adjoining price to that victory, I contacted many intellectuals and writers in Palestine, mostly those who often positioned themselves as part of the Palestinian Left.  I asked […]