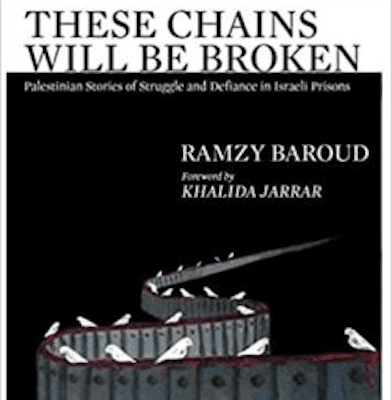 Right-wing Israeli Prime Minister, Benjamin Netanyahu, has nothing to worry about as the man who will directly handle America’s foreign policy in the Middle East is a loyal friend of Israel. Crisis averted.

President-elect, Joe Biden’s appointment of Antony J. Blinken as his Secretary of State was a master stroke, according to the Biden Administration. Blinken is a State Department veteran, a strong believer in a U.S.-led Western alliance and a true friend of Israel.

The immediate message that Biden wished to communicate through this particular appointment–and also the appointment of Jake Sullivan as the U.S.’ new National Security Adviser–is that the United States will edge back to its default position as a global leader, and away from Donald Trump’s “America First” foreign policy agenda.

While the Europeans are excited to have their American benefactors back, Blinken’s appointment was geared mostly to appease Israel.

The defeat of Trump in the November elections led to much anxiety in Washington and Tel Aviv. The Israelis were nervous that Trump’s ‘Deal of the Century’, which was essentially American acquiescence to all of Israel’s demands, would come to a halt. The Biden Administration, on the other hand, remains wary of the contentious relationship that Netanyahu had with the last Democratic administration under Barack Obama.

The selection of Blinken to fill the role of America’s top diplomat must have been considered within several political contexts: one, that Israel needed an immediate American reassurance that Biden will carry on with Trump’s legacy; two, that the new Secretary of State needed to match the love of Israel expressed by departing Secretary of State, Mike Pompeo, and three, that the Iran nuclear program file has to be handled with the utmost sensitivity.

Not only did Biden succeed in making the most opportune selection, but the Israelis are also absolutely delighted. Comments made by Israeli leaders from all main political parties have welcomed Biden’s gesture, declaring unanimously that Blinken is ‘good for Israel’.

Pro-Netanyahu politicians are particularly happy and eager to engage with a Blinken-led U.S. foreign policy. Dore Gold, a close Netanyahu associate who also served as Israel’s Foreign Ministry director-general, told the Israeli newspaper, Haaretz, that he was “impressed” with Blinken and “found him to be very professional and a good listener”.

Unlike the “simply difficult” attitudes of other officials in the Obama Administration, Gold found Blinken to be “very open”, without any “any kind of anti-Israel undertone”.

The meeting that Gold was referring to took place in the U.S. State Department in 2016, when the top Israeli official concluded that Blinken “was a really good guy,” leading to the current opinion that Blinken “can be a very positive influence”.

Other Israelis share the same sentiment as Gold, reflecting a collective understanding that Biden will not reverse any of the steps taken by his predecessor. Former Foreign Minister, Tzipi Livni, also expressed her optimism regarding the direction of U.S.-Israeli relations. Like most Israelis, she had no qualms with the Trump-Pompeo generosity, and is now certain that the Biden-Blinken duo will be equally benevolent with Israel.

According to Haaretz, Livni believes that “Biden and Blinken will embrace and build on the steps taken by Trump that were ‘in accordance with Israel’s interests’.”

Since all pro-Israel measures taken by the Trump Administration were classified under the ‘Deal of the Century’, and remembering that Biden will unlikely reverse any of these measures, it follows that Trump’s political agenda will also be championed by the upcoming administration. While Israelis are reassured by this realization, the Palestinian leadership seems oblivious to it.

After speaking to Palestinian officials, TIME magazine summed up the Palestinian Authority’s expectations as merely technical and diplomatic gestures, such as the reopening of the Palestinian mission in Washington, the establishment of the U.S. Consulate for Palestinians in East Jerusalem and the restoration of funding.

The Palestinian inability to appreciate the nature of the challenge was also reflected in the political discourse of Arab-Israeli politicians. Ayman Odeh, the leader of Israel’s large Arab political coalition, arrived at the conclusion that “Biden will take off the table the Deal of the Century,” although Odeh rightly points out that Biden will not put any pressure on Israel.

While it is true that Biden will unlikely borrow any of Trump’s divisive terminology, he will, most certainly, keep the spirit of the ‘Deal of the Century’ alive. The ‘Deal’ consisted of specific U.S. measures aimed at validating Israel’s illegal claims over Occupied East Jerusalem, the West Bank and the Golan Heights, and the delinking of Arab normalization with Israel from the subject of the Israeli occupation. None of this is likely to change even if the term ‘Deal of the Century’ is scrapped altogether.

This conclusion should not completely dismiss the possibility of a future clash between Tel Aviv and Washington. If a disagreement does take place, it will not be over Israel’s illegal actions in Palestine but over the likelihood that the U.S. will restart talks with Iran regarding its nuclear program.

Regarding Iran, Netanyahu’s message to Biden is decisive and undiplomatic. “There can be no going back to the previous nuclear agreement,” the Israeli Prime Minister warned on November 22. That warning in mind, Blinken will find it extremely difficult to quell Israeli fears that, by diplomatically engaging Iran, the U.S. will not be abandoning Israel. The American assurances to Israel are likely to come at the expense of Palestinians: a free Israeli hand in expanding illegal settlements, yet more cutting edge American weapons and unconditional U.S. support at the United Nations.

Biden’s foreign policy is likely to be a continuation of Trump’s ‘Deal of the Century’, though under a different designation. It is baffling that the Palestinian leadership is unable to see this, focusing instead, on steering the U.S. back to a failed status quo, where Washington blindly supported Israel while paying Palestinians off for their silence.