The Socialist Project does not propose an easy politics for defeating capitalism or claim a ready alternative to take its place. We oppose capitalism out of necessity and support the resistance of others out of solidarity. This resistance creates spaces of hope, and an activist hope is the first step to discovering a new socialist politics. Through the struggles of that politics - struggles informed by collective analysis and reflection - alternatives to capitalism will emerge. Such anti-capitalist struggles, we believe, must develop a viable working class politics, and be informed by democratic struggles against racial, sexist and homophobic oppressions, and in support of the national self-determination of the many peoples of the world. In Canada and the world today, there is an imperative for the Left to begin a sustained process of reflection, struggle and organizational re-groupment and experimentation. Neither capitalism nor neoliberalism will fade from the political landscape based on the momentum of their own contradictions and without the Left developing new political capacities. We encourage those who share this assessment to meet, debate and begin to make a contribution to a renewed socialist project in your union, school and community. 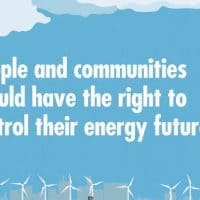 The annual congress of the UK Trades Union Congress (TUC) has passed a historic composite resolution on climate change that supports the energy sector being returned to public ownership and democratic control. 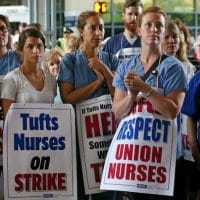 Having nurses’ being asked to work way too hard with far too few staff, leading to unsafe conditions, incredible stress, and burn out – is at the root of just about every healthcare dispute in this country, if not every workplace in America. 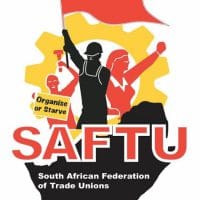 This whole project to hollow out institutions has only one aim which is the creation of a predatory state whose only reason for existence is to accumulate and plunder the country’s resources for the benefit of family members of Jacob Zuma, as well as the network of greedy, corrupt families who also benefit from crony […]