Africa has historically been less of a priority to U.S. foreign policy planners than other regions, such as the Middle East, Eastern Europe, and Latin America.  This was certainly the case when George W. Bush took office in 2001.  But during the course of his tenure, “Africa’s position in the U.S. strategic spectrum . […]

BEIRUT, 16 April 2009 (IRIN) — Eighty Ethiopian women have been in Tripoli Women’s Prison in north Lebanon for over a year, accused of not having a passport which was either taken from them when they started as domestic workers, or which they never had in the first place. Most were arrested on the street […]

Binyam Mohamed, an Ethiopian residing in Britain, said he was tortured after being sent to Morocco and Afghanistan in 2002 by the U.S. government.  Mohamed was transferred to Guantánamo in 2004 and all terrorism charges against him were dismissed last year.  Mohamed was a victim of extraordinary rendition, in which a person is abducted without […]

Sderot is a small city about 1km away from the Gaza border, well known because it has suffered many hits from the Qassam rockets that the Gaza resistance has been launching on and off for about 8 years.  When we think of residents living under the threat of missiles, hiding in bunkers, it’s quite […]

The parliament broadened by the Djibouti peace process elected Sheikh Sharif Sheikh Ahmed, chairman of the executive council of the Islamic Courts Union, as President of Somalia.  The Ethiopian occupation alone had failed to shore up the Transitional Federal Government, so Washington had to try a new tack.  Al Jazeera’s report, however, indicates trouble […]

Granted, the Somali political conundrum is multifaceted in nature.  And, one of these facets, indeed the most frequently cited element perpetuating Somalia’s violence and anarchy, is the lack of good leadership capable of ensuring good governance.  According to the official account, this very element is what toppled the Transitional Federal Government (TFG). The indicators of […]

In 1997, the AFL-CIO established the American Center for International Labor Solidarity by merging its four regional institutions that had operated around the world.  Solidarity Center stated its mission: “to help build a global labor movement by strengthening the economic and political power of workers around the world through effective, independent and democratic unions.” […]

WIN: According to a quotation by Jim Reid that you and Fred Magdoff included in your article entitled “Financial Implosion and Stagnation” (Monthly Review, December 2008), the U.S. financial sector has made around 1.2 Trillion ($1,200) of “excess” profits in the last decade relative to nominal GDP.  How has the structure of the capital […]

“Our community is expanding: MRZine viewers have increased in number, as have the readers of our editions published outside the United States and in languages other than English.  We sense a sharp increase in interest in our perspective and its history.   Many in our community have made use of the MR archive we […]

For years, the U.S. never considered Africa as a priority foreign policy agenda.  The only context in which Africa came up in Washington was for preferential trade as in AGOA (Africa Growth & Opportunity Act) or in AIDS funding from PEPFAR (President’s Emergency Plan for AIDS Relief) and of course humanitarian assistance.  Despite its […]

Cedric Johnson.  Revolutionaries to Race Leaders: Black Power and the Making of African American Politics.   University of Minnesota Press, 2007. Cedric Johnson‘s Revolutionaries to Race Leaders traces the ideological cooptation of one of the twentieth century’s most vibrant social movements.  The Black Nationalist resurgence of the 1960s and 1970s demanded nothing short of self-determination, […] 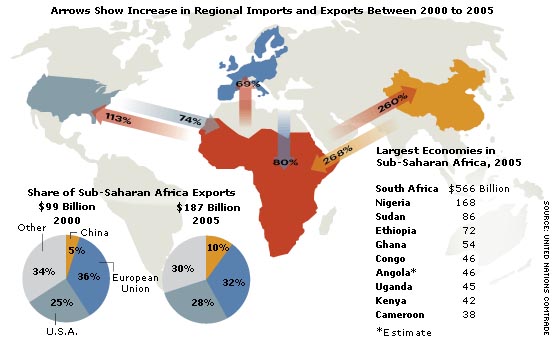 “What I find a bit reprehensible is the tendency of certain Western voices to . . . raising concerns about China’s attempt to get into the African market because it is a bit hypocritical for Western states to be concerned about how China is approaching Africa when they have had centuries of relations with Africa, […] 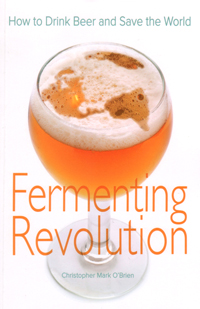 The war for Chad is not over.  It is likely to become more bloody and involve a wider humanitarian disaster before any solutions can be grasped.  The next week will be critical for the future of the country — and for the wider region, including Darfur, as well. Last weekend’s battle in the Chadian capital […]

This year marks the seventieth anniversary of C.L.R. James’s The Black Jacobins: Touissaint L’Ouverture and the San Domingo Revolution.  This classic account of the Haitian Revolution of 1791-1803 is one of the greatest books in the twentieth century.  Its title refers to the Jacobins, the most radical element within the French Revolution who propagated, […]

Towards the end of 2006, US-backed Ethiopian forces, with the direct support of American air power, rolled into Somalia to oust the Union of Islamic Courts that had restored peace and security in much of southern Somalia during their brief reign of power. The illegal invasion and occupation of Somalia that installed a puppet […]

PART ONE From the look of things, it would appear that we are still a long way from resolving the serious post-election crisis that is gripping and almost crippling Kenya. Even after Raila Odinga and the Orange Democratic Movement considerably softened their pre-conditions for internationally mediated talks with their opposite numbers by dropping their […] 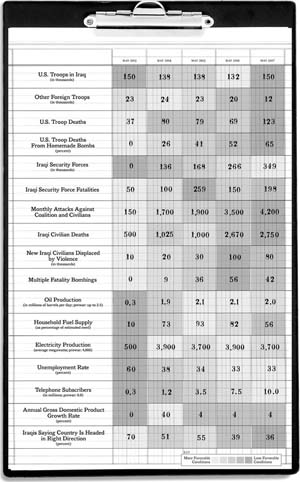 CHAIN OF DISASTERS & THE WEAKEST LINK The only thing that Bush’s “war on terror” has spread faster than disaster and misery has been opposition to its means and ends.  Six years into this self-righteously promoted crusade, Washington is more isolated internationally than ever.  Within the U.S., the Commander Guy’s approval rating has fallen below […]