An Italian-born former law student, Gabriele Zamparini moved to the States in 1998 where he worked as an Italian teacher and freelance journalist. It was post-9/11 when Zamparini got the idea to make a documentary about “the fast growing, grassroots peace movement” he was witnessing in America. The result was a seven-part film series called XXI CENTURY and now a book American Voices of Dissent. 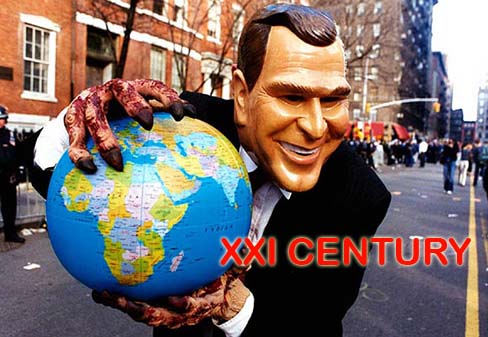 I interviewed Gabriele Zamparini in London, via e-mail.

MZ: Explain how you came to be involved in the movie and the book.

GZ: Just after September 11, 2001 came one of the most interesting things I’ve experienced in the United States. I lived in New York at the time and I remember peace vigils, meetings in churches and synagogues, protests, spontaneous demos, flyers from new groups and organizations, students’ activities. And it wasn’t just in New York. Friends from other parts of the country would send me e-mails telling me the same thing. From Democracy Now! and other alternative outlets (mainly on the internet), I was learning that that was happening all over the country. 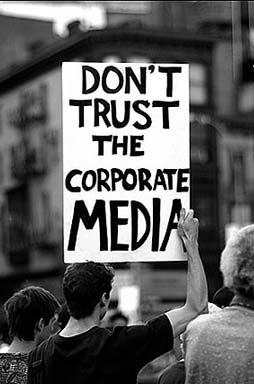 Of course, on the corporate media, you would watch another movie, probably another planet, with lots of flags and boring loons. I had been living in the United States for just a couple of years, and I found this “gap” between the real country and the one portrayed by the media very interesting. Not that in Italy (the country where I am from) I had never experienced that “gap.” On the contrary. But it seemed to me that that “gap” in the States was much more “professional.” Or maybe I was more sensitive because I was looking at it with the eyes of a newcomer. For whatever reason, I thought that was very interesting. So, I started to film this other America with a small camera and a couple of friends.

MZ: What did you learn while filming the movie? What surprised you?

GZ: I didn’t have a “script” to follow, just a few notes that would change every day. I didn’t know all the issues I was going to cover. That would depend on the answers I was going to get. I didn’t have a structure for the documentary. The partition in seven chapters came alive in the editing room. It was a learning process from the beginning. I didn’t know where I was heading, which is supposedly very bad for a documentary, I was told. In the editing room especially, I learned to listen, I learned to link issues apparently very far away and I hope I have learned to unlearn too. It surprised me how easy it was to meet the many people we interviewed. I would show up with a small camera, a heavy Italian accent, and lots of questions, and I always felt welcome.

MZ: Where did the film show and how did it become a book?

GZ: It wasn’t easy to show a documentary series of seven one-hour parts. Even more so since this was completely independent, with no TV channels involved at any stage of the production. We submitted XXI CENTURY to many film festivals, and we have been lucky to have the world premiere at one of the most important, IDFA (International Documentary Filmfestival Amsterdam). It was November 2003, and it got a great welcome from the audience. Since then the documentary has been screened in some other film festivals around the world — among them, Documenta Madrid 2004, where it won the Audience Award for Best TV Series, and Ismailia International Film Festival 2004, in Egypt, where it won the Jury Special Mention. The whole series was aired four times in the US by Free Speech TV in 2004 and it was screened at the European Social Forum in London the same year. Also, some part of the series were screened at the Brussels Tribunal and at the World Tribunal on Iraq, Rome session. All this while we were still looking for distribution.

GZ: From distributors and TV channels, we got lots of: “As much as we find it very interesting. . .” and “I regret to inform. . .” and “Unfortunately, despite the high quality of the material. . . ” and “Although I was impressed with production value throughout. . . ” and so on. Meanwhile, we were working on a book and on a shorter version of the documentary. A few months ago, when we had almost lost all our hopes to bring this work to the public, we finally found distribution for the series and for the short version (with the title The Peace! DVD) as well as an independent publisher for the book American Voices of Dissent (Paradigm Publishers).

MZ: As your works demonstrates, more and more people are speaking out and challenging the status quo. How do you feel that energy can translate into social change?

GZ: One of the things I have learned during the making of this project is the importance of social and political consciousness. That’s probably the most difficult part. We are bombed by propaganda every day since we are born. I am not only thinking of media and news. Religion, education, entertainment . . . all this affects strongly our lives. In Nineteen Eighty-Four, George Orwell writes: “But the proles, if only they could somehow become conscious of their own strength, would have no need to conspire. They needed only to rise up and shake themselves like a horse shaking off flies. If they chose they could blow the Party to pieces tomorrow morning. Surely sooner or later it must occur to them to do it? And yet–!” Too many people still feel powerless, isolated, hopeless. It’s still very common — the idea that only the “leaders” or the “famous” can change things. Another thing I have learned while making this project is the importance of getting together and organize. There are lots of things we can do instead of watching TV at home by ourselves.

For more information on the book or DVD, please visit <www.TheCatsDream.com>.

Mickey Z. is the author of several books, most recently 50 American Revolutions You’re Not Supposed to Know: Reclaiming American Patriotism (Disinformation Books). He can be found on the Web at <http://www.mickeyz.net>.