Have you ever felt that something was “wrong” with you? That something about you was so hideous, so unspeakably repulsive, so dark and unknowable that people could never, ever accept you? Something . . . “monstrous”? Of course you have. 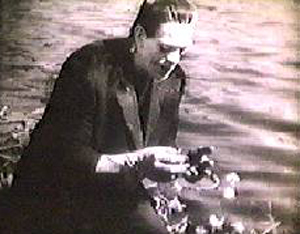 Later, you discovered there were others like you. You turned your shame into pride, and found solace in your particular identity group. You stood up and declared to the world, “I am a human being, world: I am NOT a monster.”

Well, I AM a monster. How do you think that makes me feel?

You’ve seen me before. I am part of your American zeitgeist, yet you’ve never accepted me. You merely glance at the bolts on my neck, my low, box-like brow, my filthy black suit, my slow, menacing walk, and you say to your little friends: “Ooh, let’s not invite THAT to our bake sale. Let’s instead set it on fire and chase it out of town.”

Well, I have news for you, Mr. and/or Ms. “I-am-not-a-Monster”: There are others like me. Thousands of monsters who are fed up with your scapegoating, your bigotry, your infantile depiction of us in the media. For too long, monsters have been stigmatized as being less than human. Well, WHAT’S WRONG WITH BEING LESS THAN HUMAN?

Do monsters invade foreign countries, drop bombs, kill innocent civilians, and destroy ancient cultures in the name of “freedom”? Do monsters systematically deplete the environment, create a stunning level of poverty, leave people to die in the street, and encourage an unstoppable arms race? No — you do. We have our pride. Monsters are, in fact, damn proud of being “less than human” — it could, for one thing, help us to survive a nuclear blast. 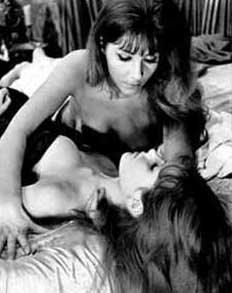 So move over, you craven, red-white-and-blue-blooded beings: Monsters are doin’ it for themselves!

The road to liberation has not been easy. When I was born, my parents tried to strangle me with my own diaper. Forced me to sleep in a dumpster. So-called “humanists” would run screaming when I toddled into a room. Monster-phobic kids threw rocks at me at school. Actually, so did the teachers. I won’t even begin to describe my puberty. 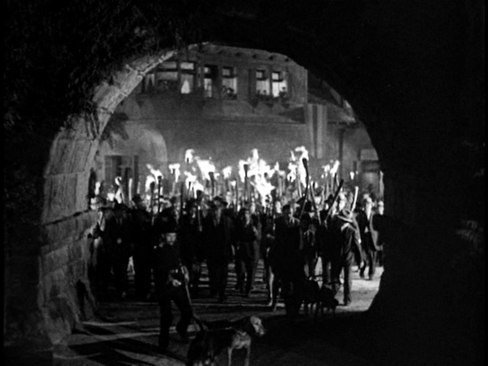 Then, one night, as the locals were attempting to chase me into a sulfur pit, I ran into the basement of an abandoned factory to find some peace. There, poised on a rafter, was an aristocratic gentleman who called himself the Count. Because the Americans were amassing outside the building with their torches, we decided to put aside our class differences and fight back. The Stonewall riot was a picnic compared to that, you Nellies. We held out for weeks, until FEMA finally sent in a SWAT team.

But “Never Say Die” — a rallying cry that was to become the official credo of the Undead. We crawled out of the rubble, our consciousness raised, and immediately began the first step of political organizing: turning our oppression into acronyms. 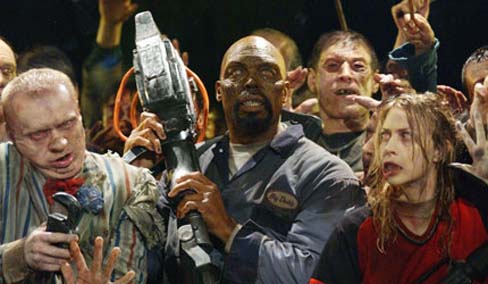 I immediately started a support group called the “Committee for the Liberation of Creatures Who Have Been Sewn Together Out Of Dead Bodies” [CFTLOCWHBSTOODB]. This lasted about a week, until the Count convinced me that we were excluding “Infernal Beings Who Suck Blood From Living Things” [IBWSBFLT]. CFTLOCWHBSTOODB-IBWSBFLT was viable for a few months, until the Phantom of the Opera showed up and tore into us for our insensitivity to “Tragically Deformed Stalkers with Musical Aptitude” [TDSWMA]. So we gave up and opted to call ourselves simply the “Miss Things” [MTs].

I can’t tell you how much nicer the world becomes when you organize your life around your own pain. We now have plans for a community center, a bookstore, a coffee house, and a Monstrosity Awareness program in the schools.

Of course, there are a few sticking points. Already there are the predictable queries about mixed parentage, and who, or what, is a “real” monster. Some of the more hidebound insist that you’re only a monster if your mother was a monster; others accept either parent. And, because the 50-Foot Woman kept nagging us about being “dead white European males,” we have acquired the Mummy as our validating Third World presence. 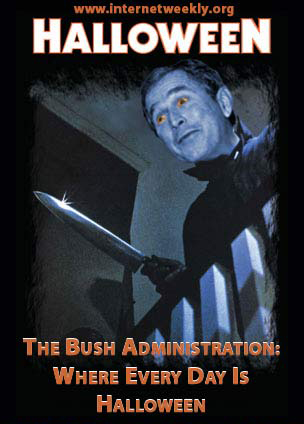 La Lucha Continua. There are, as you might imagine, the usual schisms. The “Godzilla Brigade,” which insists on “outing” government officials such as Alberto Gonzalez or Donald Rumsfeld as closet monsters, is bent on overthrowing “the system.” The “Blob Faction,” on the other hand, encourages assimilation into the mainstream.

Personally, I see nothing wrong with wanting a place at the table. It’s important to say, “We’re just like everyone else.” We laugh, We cry; We buy iPods; We have wheat allergies; Visit our Web Site, et cetera. After all, if you prick us, do we not bleed?

Well, actually, some of us don’t, but you take my point.

It’s sort of like being gay. Homophobes are afraid, deep down, that they’re queer; people who hate monsters fear they have a bit of the fiend inside. And they do. They DO. Take it from me, America: We’re all inhuman.