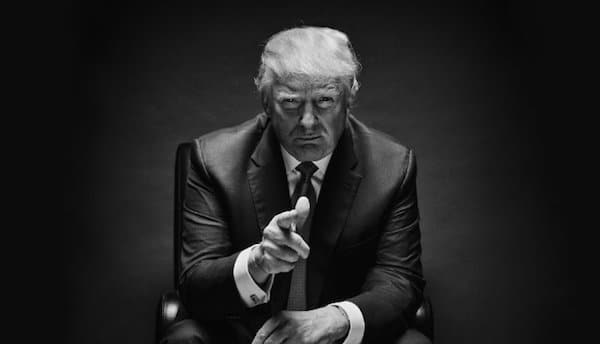 Let’s go back to when we were all a little younger and less terrified. Obama is president. I am talking to a slightly older, white, heterosexual male, highly esteemed by the academic world and by me. I, a lesbian, admire and trust this guy. We’re catching up, talking about life, books, friends. I tell him my friend Beth is having a hard time writing her memoir. She’s trying to decide if she should include the fact that her very famous father, a renowned attorney, had sexually molested her for years while she was growing up.

I assume my friend’s reaction will be nuanced, temperate, compassionate—as it is concerning anything we discuss. That he’ll consider Beth’s pain and ambivalence. Instead, he takes a quarter-second to gasp, then blurts: “Why would she want to destroy her father’s reputation and shit on his entire life’s work?”

See, two years ago, sexual abuse was nothing, compared to an alleged perpetrator’s power and fame. These days, bigger dudes than Beth’s father—Roy Moore, Harvey Weinstein, Al Franken, Charlie Rose, Matt Lauer, Donald Trump, Russell Simmons (the list grows almost hourly)—are being called out as sexual predators. Although government men (and multinationals like Google and Uber) usually shrug off or fight back, famous men in media—pundits, producers, performers, broadcasters—now often admit they did wrong. That’s because people who work in news and entertainment are now more accountable to the public than government and corporations, which have moved far beyond our control. Sometimes, they even express regret for hurting people. Finally, power is redistributed: even men who apologize can lose their jobs.

This must be Woody Allen’s worst nightmare. Remember how Woody warned, in the wake of Weinstein’s demise, of a brewing “witch hunt atmosphere… where every guy in an office who winks at a woman is suddenly having to call a lawyer?” Well, one man’s wink is another man’s grope, is another man’s rape. But what Woody probably meant was that, whether or not they’re guilty, he cares about his famous-dude colleagues and doesn’t want them to lose their careers.

This is how justice rolls down in the Trump years. Given the blaring excrescence that is the Trump administration, when the legislative and judicial branches of our government are being gutted and the executive branch is decomposing, maybe it’s time to let go of checks and balances and turn to the media for reason and moral authority.

I’m not the only one to feel this—you too, maybe? There are still some ethical reporters, right? A few media outlets with journalistic standards? And how about that First Amendment—not dead! Probably.

So we’re galvanized by these media sex scandals, not only because they remind women and trans people that fear of sexual abuse daily permeates our lives—but also because, for once, on TV, radio, newspapers, and all over the web, we get some attention, a little accountability. I feel energized, like I’m part of a conversation with millions of good people who’ve also been through a lot. And! We’ve been given an exciting new power: Should we let these men go on with their careers? Should we still enjoy their work?

People like me now feel that, weirdly, even as America slips into full-on Götterdämmerung, we matter. Until we don’t.

Media-driven justice may trickle down, but it’s never going to reach folks in East New York or Sioux City. Across this country—as if you didn’t know—sexual harassment, assault, and humiliation are normalized, everyday atrocities. They misshape the lives of millions of women and children of any gender—anyone seen as too female or helpless or transgressive or uppity.

I used to work at a rape crisis center in Illinois. There were, of course, cases of rape, but there were other obscene acts of festering power perpetrated by men whose power in the world would always be thin and dinky. Some husband, having a really bad morning, didn’t like the way his wife fixed his eggs, so he drove a fork through her hand. Some little girl’s daddy, angry at her sassing off to him, threw her down and sprayed Easy-Off Oven Cleaner up her vagina.

But these are cases for small town emergency rooms; they’ll never make it to prime time. Even if they did, they wouldn’t find justice there. Because the most anyone can get from the media court of public opinion is an apology.

The #MeToo campaign, heartening though it is, offers consolation, not institutional empowerment or compensation. And the 700,000 female farm workers who reportedly “Stood with Hollywood Actors Against Sexual Assault” in November can hope only for a little solidarity.

History has a spotty memory, in part because the media, over the long haul, do a sucky job of doling out morality or justice. News media are great on attention-getting firsts, like King’s March on Washington or ACT UP invading St. Pat’s Cathedral or Watergate. But media know that we, their consuming public, can consume only so much. So, for instance, the benchmark for government corruption remains Watergate, not the far worse constitutional dismemberment now perpetrated by Trump’s mob.

Before this sex scandal wave ends—and it will—we need to realize that, though media can take down a few powerful men, they’re not the keyhole through which we can peep the real power in Trump’s America. The thugs now annihilating net neutrality, immigrants’ rights, healthcare, environmental protections, safeguards to nuclear war, and what’s left of the New Deal are impervious to media news, “fake” or not. They’re almost impervious to petitions and protests. The thing is, beneath the hopeful social change discourse we create in the media and on Facebook and Twitter, we are losing everything.

Whether or not we still like Woody Allen, Trump and his hired goons are grabbing everything by the pussy. I only wish we knew how to stop them.