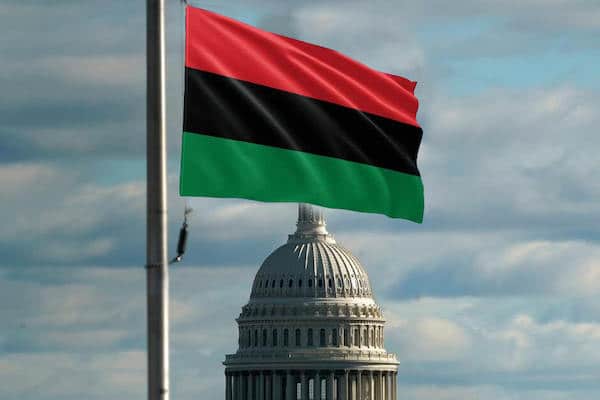 JULY 5, 2020 — An ad-hoc alliance of radical armies demanding justice for Black lives broke through federal barricades today to storm Capitol Hill. As thousands of activists advanced into Washington, DC, toppling the Washington Monument and streaming into legislative offices, the lifeless body of Donald J. Trump, president and commander-in-chief, was found inside his underground security bunker, riddled with self-inflicted bullet wounds.

Minutes later, Vice President Mike Pence was taken into custody. Mr. Pence — the president’s key defender, who has said, “Donald Trump and I believe there’s been far too much talk of institutional bias or racism within law enforcement” — did not go quietly.

“Donnie! O my beautiful orange baby!” wailed Mr. Pence, gnashing his teeth and rending his government-issued flak jacket. “Why did it have to be you? Why couldn’t it have been 500 more Black people? Hey, OW — quit tasing me!”

Mr. Pence is being held without bail, along with congressmembers such as Mitch McConnell, Rand Paul, Steve King, and most of the Trump cabinet. As it becomes clear that a national takeover is underway, thousands of African Americans and supporters are converging onto the newly liberated White House lawn, while millions more across the country are flooding city halls and state capitals to demand justice.

“OMYGOD — OMYGOD!” shuddered Ann Coulter, on line at a JFK ticket counter. “If they do to us what we’ve done to them for the last five centuries? I’m too fragile to contemplate that. In fact: Fiddle-dee-dee, I’ll think about that tomorrow — in Hungary.”

Reporters caught up with senior policy advisor Stephen Miller as he boarded a plane for Paraguay. Mr. Miller, architect of recent immigration policy and promoter of white nationalist literature, denied he was leaving because he feared retribution.

“I just need a little vacation,” Mr. Miller explained through his N95 mask. “Somewhere white people are not oppressed — where we can exercise our inalienable right to bigotry. Because, Caucasianally speaking, this is the end of America’s 400-year Reich — uh, democracy.”

SEPTEMBER 14, 2020 — Before its liberation one week ago, Louisiana’s Angola Penitentiary was the largest maximum-security prison in the UA, housing some 6,300 people, 80 percent African-American. Now that virtually everyone inside US prisons has been released to join their families and rebuild their lives, only a few thousand ex-government and corporate officials remain, charged with various crimes against humanity. It is here, live-streamed from the prison visiting room, that former Vice President Mike Pence today issued a heartfelt declaration of unconditional surrender.

“Effective immediately, all military units deployed both globally and domestically are disbanded. Further, I withdraw federal funding to police forces across the nation. And PS? Now that there’s mostly white people behind bars, I think it would be a real shame if we all got COVID-19 in here.”

With compassionate release a dim prospect, Mr. Pence is trying to sell Random House the story of his life and personal journey. He no longer believes in the death penalty, for instance, nor does he continue to oppose homosexual and transgender rights. In fact, Mr. Pence says that he is now considering his option of going “gay for the stay.”

OCTOBER 25, 2020 – Some former US government officials, who, like Mike Pence, are facing long prison terms, have begun to read up on “prison abolition” and argue in favor of “restorative justice.” In a recent presser, former President George W. Bush noted that he was capable of being rehabilitated and might enjoy house arrest.

Hillary Rodham Clinton, however, who has more trouble identifying as a war criminal, would prefer community service. She offered to accept six years of reeducation, with an assignment to write, “I will never again say ‘SUPER-PREDATOR’“ 100 times a day on a blackboard.

Meanwhile, from his new home in São Paulo, Brazil, former Attorney General William Barr tweeted that he has obtained the secret diaries of Donald Trump and is offering them for sale at a real bargain. Mr. Barr reportedly is in urgent need of cash to pay for coronavirus treatments.

With the election fast approaching and social change sweeping the nation, the remaining political establishment is panicking. In order to avoid a full on Bolshevik meltdown, Democratic and Republican stalwarts, from William Barr to Hillary Clinton, urge everyone to vote for Joe Biden.

JANUARY 21, 2021 – Hours after her inauguration, President Angela Y. Davis entered the George Floyd Courtyard (formerly, White House Rose Garden) and announced that the US will rejoin the Paris Climate Accord, reaffirm its commitment to the Iran Nuclear Deal, release detained immigrants and grant them full citizenship, and provide single-payer healthcare with universal access to the just-announced COVID-19 vaccine.

“Let’s call this what it is, people — a revolution!” proclaimed President Davis. “This is just the beginning — wait till we seize the means of production!”

Meanwhile, the embalmed body of Donald Trump lies on view in the Capitol Rotunda, where nobody is lining up to see it.

Mr. Trump’s family would like to give him a decent burial. However, in light of the government’s revitalized fight against climate change, newly appointed Interior Secretary and formerly imprisoned Native American leader Leonard Peltier has suggested that Mr. Trump’s body be thrown to an endangered species of wolves.

Susie Day is a writer. Her book Snidelines: Talking Trash to Power is available from Abdingdon Square Publishing.
View all posts by Susie Day →

Coercive capitalism: why neoliberalism loves police
Billions of children are being punished by the pandemic