I met Clint Jencks in about 1959 when I was an undergraduate at Berkeley.  He was getting his Ph.D. and was the teaching assistant in economics for our section.  I knew of his history and was honored to get to know him.  We spent many hours together talking about labor history and his own life.  As a teacher, he was inspiring.  He put basic economics into historical and political context.  He led volunteer reading group sessions outside of class.

More than all that, we became political allies.  He inspired me to read more deeply and greatly influenced my own passage into the field of human rights in a national and international context.  My father, who was a union leader, had died when I was 14, and I looked up to Clint as though he were my father.

In 1962-63, when I was a journalist in London (taking a year between undergraduate school and law school), Clint came and stayed with me for a time.  He was working on his Ph.D. thesis, studying the working conditions of miners in the United Kingdom and Poland as well as the United States.  Eventually, he got that Ph.D. and went to teach at San Diego.

My memory of him is that he embodied soft-spoken courage and integrity.  He spoke no more than he could defend, but what he knew and could and would defend was the most basic of human truths.  He lived and exhibited this greatness of character in so many ways.  His contribution to human dignity is immeasurable.

Lawyers who represent the accused in federal court say “the Jencks Act” and the “Jencks case” every day of their working lives.  For those of us privileged to know Clint and his story, we say it with a mental picture of this great man.  And now when I say it, I will (as at this moment) have an ever-renewing sense of our great loss. 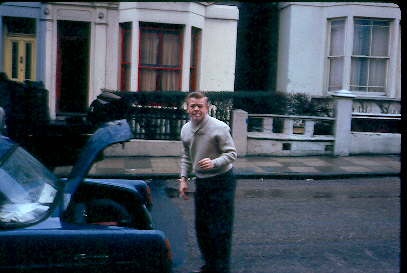 Michael Tigar is a Research Professor of Law at Washington College of Law at American University in Washington, DC, where he teaches Criminal Law and International Human Rights. He has been a tireless fighter for social justice, often tackling difficult cases and representing controversial clients. Tigar has argued appeals in almost every U.S. Court of Appeals and in the U.S. Supreme Court. His individual clients have included Angela Davis, H. Rap Brown, the Seattle Seven, the Chicago Eight, Fernando Chavez, Rosalio Muñoz, Major Debra Meeks, Allen Ginsberg, and Francisco Martinez. He recently represented Lynne Stewart. He worked with the African National Congress on the new constitution for South Africa. Some of his numerous publications are listed in the column on the right. His book Law and the Rise of Capitalism was published by Monthly Review Press.