The earnings trends of the American working class, tracked and reported meticulously by the U.S. Bureau of Labor Statistic (BLS), are monitored closely by everyone interested in the U.S. economy, and the current news is not good.  While American capitalists and their executives are enjoying record profits, exorbitant salaries, and fabulous lifestyles that would be the envy of kings, the working people of the nation are being left behind economically to face the consequences of falling wages, rising prices, and declining social services.  The implications of this trend for the economy at large are serious.

The deteriorating economic conditions of the U.S. working class are documented in Chart 1: 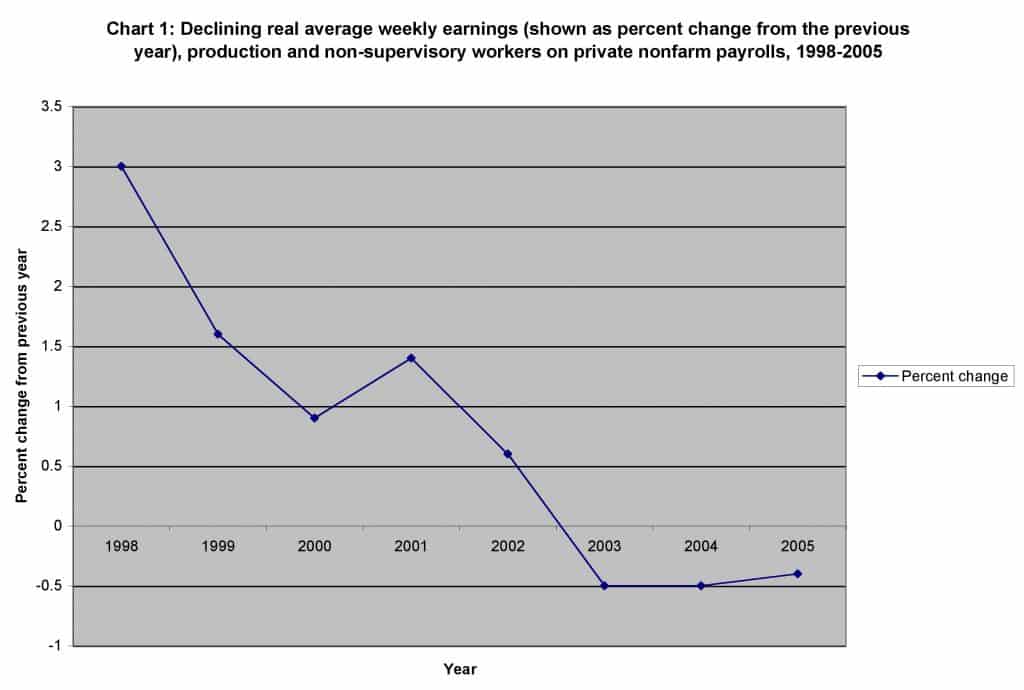 Chart 1 shows the declining real weekly earnings of production and non-supervisory workers for the period 1998-2005 according to BLS reports.  Real earnings are the earnings reported each year adjusted for inflation and can be meaningfully compared across time.  Chart 1 shows an absolute downward trend in the real weekly earnings of workers throughout the last eight years.  The slight increase in earnings reported for 2001 was actually the result of the deflationary effect of the recession that took pace that year rather than an actual increase in earnings.  Beginning in 2003, the downward trend has been negative, signifying a net loss in real earnings for production and non-supervisory workers in the U.S.  The overall trend for the eight-year period indicates that, indeed, production and non-supervisory workers are being left behind.  Nobody contests this negative trend in the American economy, but it has given rise to levels of hypocrisy that challenge even the nation’s most accomplished equivocators.

“So what if it’s true,” an apologist for capitalism would say. “If you include the earnings of the entire nation (which incorporates the incomes of coupon clippers, managers, speculators, professionals, etc.), the overall trends are positive.  Chart 1 focuses only on the working class.  Looking at the big picture suggests that the economy is doing fine, even booming.”  Not true.

As usual, the devil is in the details.  According to the BLS, the workers represented in Chart 1 constitute over 80 percent of the wage earners in America; this is the sector of the U.S. population that consistently spends most of its income on consumer goods and services and pays the bulk of local, state, and national taxes.  Not only do these workers keep the private economy afloat, but they are also the source of most of the funds that keep the social infrastructure intact and the government operating, including America’s voracious war machine.

The hypocrisy towards the declining earnings of the U.S. working class reached its zenith last October when Lee Scott, the CEO of Wal-Mart Stores, urged Congress to raise the U.S. minimum wage, which has been at $5.15 an hour since 1997, because his company’s “customers are struggling to get by.”  This one shining example sums it all up — the world’s largest importer of cheap offshore goods, which exploits governments at home and abroad at all levels for exemptions and subsidies and consistently violates both the spirit and letter of U.S. labor law to keep its own labor costs to a minimum, openly advocates a raise in the national minimum wage in order to bolster its own flagging profits! 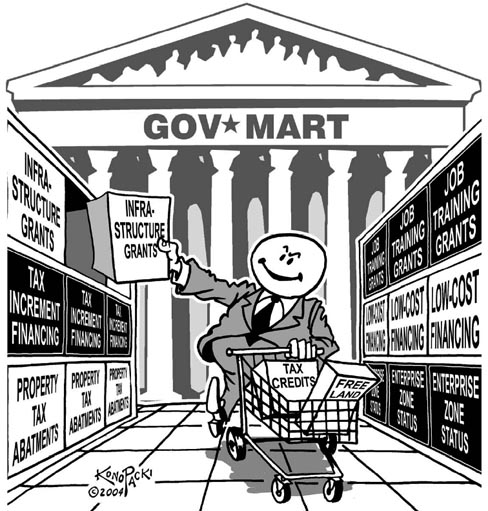 No wonder that support for both free trade and globalization is declining in America.  People are working harder and longer for less, and, consequently, aggregate demand is shrinking.  The neo-liberal plan to reduce the earnings of U.S. workers to those of third world workers is running into the reality of its own contradictions.