Railroading Economics:
The Creation of the Free Market Mythology 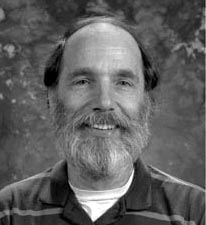 Michael Perelman‘s new book, Railroading Economics: The Creation of the Free Market Mythology, examines the rhetoric of conventional economic theory, which assumes a “pure capitalism of perfect competition.”  He explores how the market has always been subject to numerous constraints.

Perelman will show how these constraints have been defended by such figures as Henry Ford, J. P. Morgan, and Herbert Hoover and were indeed essential to the expansion of U.S. capitalism.  In the process, he rediscovers the critical element in conservative thought that has long been obscured.  This important and original historical reconstruction points the way to a discipline of economics freed from the mythology of the market.

Michael Perelman (Ph.D., Berkeley) is Professor of Economics, California State University, Chico, and author of 15 books, including The Perverse Economy: The Impact of Markets on People and the Environment (2003), The Invention of Capitalism: Classical Political Economy and the Secret of Primitive Accumulation (1999), and Class Warfare in the Information Age (1998).

Perelman’s Book, Railroading Economics: The Creation of the Free Market Mythology, will be available for purchase at this talk.