Every year on Valentine’s Day, millions of Americans head to their local florist shop or supermarket to buy flowers for a friend, spouse, or family member.  Some place their orders through NPR, which rewards contributors to public radio with a dozen roses sent to the person of their choice.  Especially if there’s a romantic relationship involved, our main concern is getting our gift to the recipient — on time.  Few of us ever ask where all these flowers come from or who helped grow and pick them.

I never thought much about the human beings behind our bouquets either — until I traveled to Colombia last year and talked with a group of “floriculture” workers in a village near Bogota.  I quickly discovered that our domestic expressions of affection — which reach their largest volume on Valentine’s and Mothers’ Days — require painful, low-paid labor by a global workforce that’s largely female.

America’s main supplier is now Colombia, the second largest exporter of fresh-cut flowers next to the Netherlands.  More than 100,000 workers help grow, sort, and package the nearly $1 billion worth of flowers produced there each year.  Originally, spurred by tariff incentives designed to induce farmers to switch from coca cultivation, the industry is now dominated by big local plantation owners and multinational corporations like Dole Food.

The Colombian flower workers I met received little love or appreciation from management — on Valentine’s Day or any other.  During a visit by a delegation of American labor and student activists, members of a union called Sintrasplendor described the many occupational hazards they face.

Whether young or old, they complained about the lack of protective equipment and clothing, which leaves them exposed to pesticides in the fields and to the fungicides that flowers are dipped in prior to shipment.  These chemicals cause widespread headaches, asthma, nausea, and impaired vision, plus miscarriages among pregnant women.  The repetitive tasks and long hours in assembly-line jobs have also left many flower workers with painful carpal tunnel injuries.

Like Coca Cola and other foreign firms in Colombia, Dole has taken full advantage of the country’s weak labor laws and climate of repression.  When workers at Dole-owned Splendor Flowers tried to organize two years ago to win better pay and conditions, management conducted an aggressive anti-union campaign.  According to the International Labor Rights Fund (ILRF), this “included bringing in a company-backed union, firing union leaders, challenging the union’s legal registration with the Colombian government, and refusing to re-instate fired union leaders despite court orders to do so.”

To add insult to injury, Dole recently announced the closing of its Splendor plantation, blaming the lay-off of one-third of its Colombian workforce on lower-wage competition from Africa and Asia.  Within a decade, most of our roses will indeed be “Made in China” because that nation is currently gearing up to undercut exporters in Ecuador, Kenya, Malaysia, and Thailand, as well as Colombia.

As the New York Times reported last September, workers on China’s new flower farms are clipping roses in giant greenhouses, taking them to huge sheds to remove the thorns, and then wrapping them in paper and plastic for shipment to Los Angeles or Moscow.  Without any job rights or union protection, young women earning $25 per month already face the same occupational safety and health problems as their South American counter-parts.

Human rights and labor solidarity groups like Witness for Peace, Global Exchange, the Colombia Support Network, and U. S. Labor Education Project in the Americas have all taken up the cause of the displaced Splendor workers.  They are also focusing on the conditions of flower workers in other nations as well. 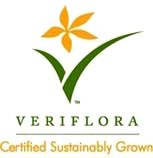 None of these activists are trying to cast an unwanted pall over Valentine’s Day.  They just want more consumers to choose flowers that have been certified as “VeriFlora” products.  VeriFlora growers don’t use the pesticides that sicken flower workers, and they agree to respect local labor rights and environmental regulations.  Unfortunately, only two flower-sellers in the entire country — FreshBlooms in New Jersey and Organic Bouquet in California — have so far embraced this higher standard for business behavior.

A few years ago, of course, American jewelry buyers were still being offered the product of illegal trafficking in precious stones — the “blood diamonds” mined by child laborers in strife-torn Africa.  It took years of international campaigning before public awareness was raised and importation of this tainted merchandise was sharply curtailed.  If the abundant thorns in the global flower trade begin to prick a few consumer consciences, “floriculture” abuses may someday be censured as well.  If enough of us question and complain, more flower importers in this country will begin using suppliers certified as socially responsible and worker-friendly.

Alexandra Early is from Arlington, Massachusetts and a senior at Wesleyan University in Connecticut.  She is active in campus-based labor support activity and can be reached at aearly@wesleyan.edu.