As a winter blast roared into Albany, New York, the workers who have been fighting for a union at the Latham Holiday Inn Express turned a support rally into a victory celebration.  They were joined by labor supporters, politicians, and notably a busload of workers from IUE/CWA Local 81359, who are fighting their own battle against union-busting.  The largely female workers of Workers United Local 471 have been on the picket line for the better part of a year. 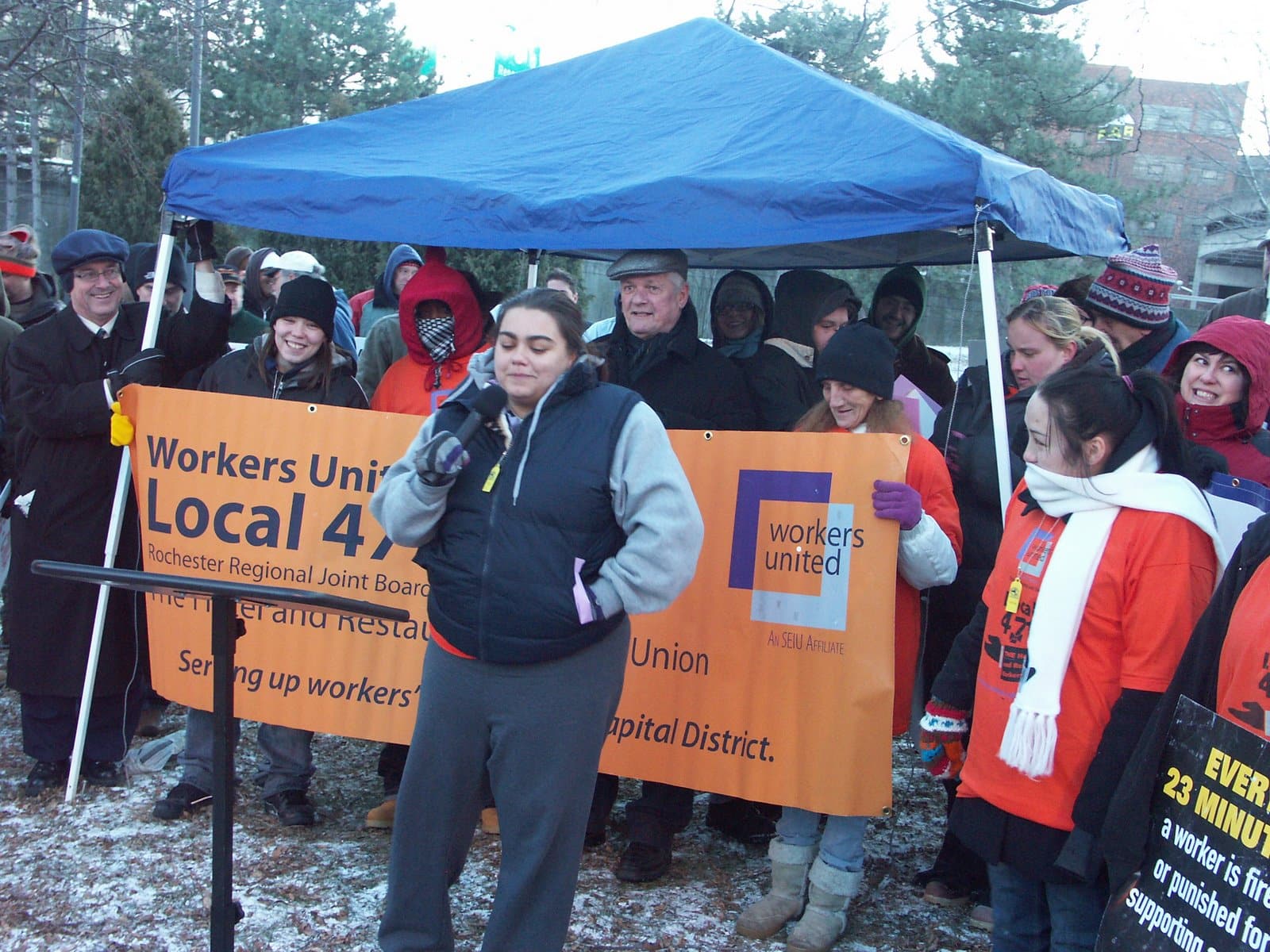 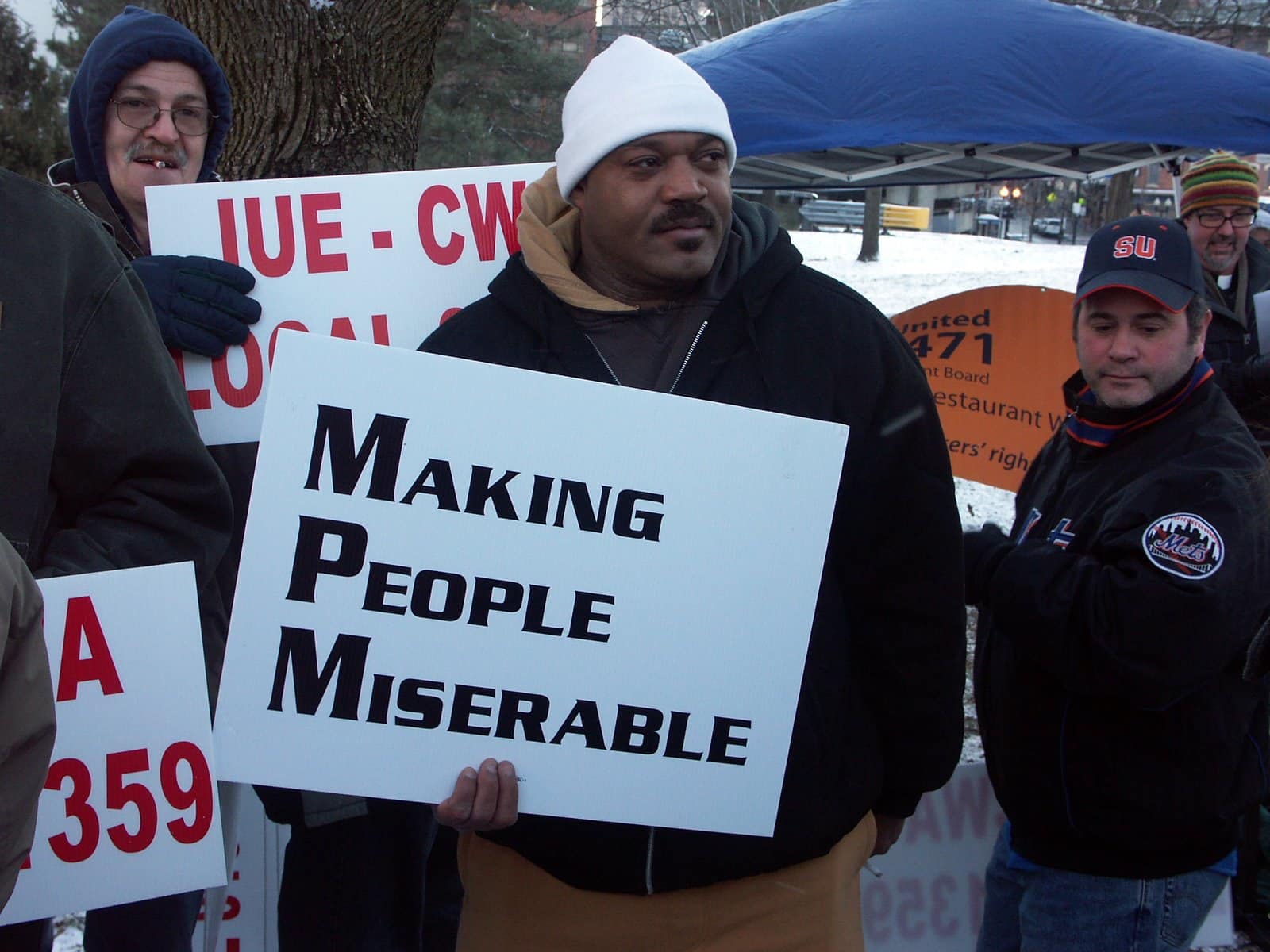