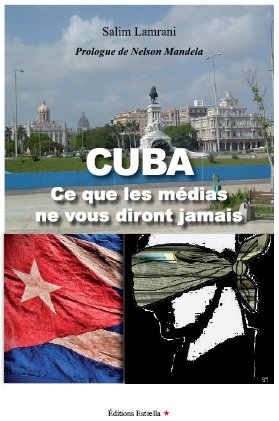 You have just published a new book about the treatment the communications media give to Cuba.  What aspects of the Cuban reality do these media hide?

Basing themselves primarily on prejudices and rhetoric, the media completely distort the reality of this small country and present it as the antechamber of hell.  They never do comparative studies nor do they report the voices of those who have differing opinions on this issue.  Let’s take the example par excellence: human rights.  The media frequently stigmatize the human rights situation in Cuba.  In contrast, they never do a comparative study, even though it would be easy enough to take Amnesty International’s annual reports and compare them.  I do that in my book and the result is illuminating.  In the entirety of the Americas, from Canada to Argentina, the country that least violates human rights is Cuba, according to Amnesty International.  Now, this is not to say that Cuba is a paradise.  There are some human rights violations on the island.

But I think the media also carefully conceal the geopolitical context in which Cuba finds itself and they do not say a word about the constant onslaught of political, economic, diplomatic, and media aggression by Washington against Cuba.  And as a result, they commit a serious violation of the professional ethics of journalism when they address the Cuban reality.

We must move beyond the Manichean view: Cuba is not “Alice in Wonderland” nor is it “Dante’s Inferno,” and that is what I try to explain in the book.

So why does the topic of Cuba generate so much misrepresentation in the media?

For the sole reason that Cuba has rejected private-enterprise capitalism and decided to put people — not profits — at the center of its project for society.  This is an unforgivable sin to the massive economic and financial groups that control the vast majority of private media.  As you can see, it has nothing to do with democracy or human rights.

Does maintaining the embargo against Cuba require this sort of media coverage?

For 30 years, the U.S. diplomatic rhetoric to justify the economic siege against Cuba presented the alliance with the Soviet monster as the principal obstacle to normalizing relations with Havana.  Of course, this assertion is lacking in historical foundation since hostility toward the revolutionary government began before the resumption of Cuba’s relations with the USSR in May of 1960.  And when the Soviet bloc collapsed and the Red Menace disappeared in 1991, instead of normalizing relationships, the U.S. strengthened sanctions through the Torricelli Act in 1992, the Helms-Burton Act in 1996, Bush’s First Plan in 2004, and his Second Plan in 2006.  Only the rhetoric has changed.  Now it is not the Soviet threat that prevents a modus vivendi but rather the “unacceptable human rights situation.”

As if the U.S. or the European Union had the moral authority to give lessons on human rights to the Cubans.

The book includes a foreword by Nelson Mandela.

Nelson Mandela, a great friend of Fidel Castro — though the media does not want that to be known — did me the immense honor of adding a reflection of his own to my book on Cuba’s essential role in the liberation of the peoples of Africa.  It also explains why the first country he visited after his release from prison was not a neighboring African state, the United States, or Europe, but rather Cuba.  So here I express my infinite debt of gratitude to him.

You usually publish articles and books or participate in public debates, but rarely appear on television programs.  Why?

First, because very rarely am I invited and when I am invited they impose unacceptable conditions, such as debating against several opponents at once.  But also because television is a peculiar sort of communications medium not conducive to extensive debate for one simple reason: TV time is very short, very brief, and thus only compatible with conventional thinking.  For example, if I say on TV that Cuba is a dictatorship, that is a message that is broadcast without any problem, with no need for further explanation.  It is as if I were to say the earth is round, which is obvious.  But, if I explain that the act of portraying Cuba as a dictatorship is to convey a caricatured image, it is essential that I explain my point of view, and that takes time.  And television does not give you that kind of time.

How do you see the opposition phenomenon of bloggers?

First, from my personal point of view, nothing and no one should prevent Cuban bloggers from expressing their ideas and opinions without any fear of retaliation, because they have every right to harshly criticize the authorities in Havana.  That said, it is evident that there are powerful interests opposed to the revolutionary process who hide themselves behind the smokescreen called “Cuban cyber-dissidence” symbolized by Yoani Sánchez.

The contradiction between the media and power is every day greater.  But what is becoming increasingly conspicuous is the absence of a forceful critique of that reality in Western countries.

The fundamental problem of the mass media is that there is no powerful counterweight to them, though the alternative press on the Internet plays a significant role in denouncing the excesses of these transnational information conglomerates.