The Guide to the Regional Elections 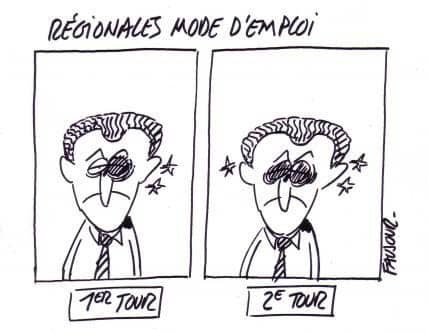 Le Monde reports: “The Left obtained 59% of the votes in six metropolitan regions where it dueled with the Right, according to TNS-Sofres/Logica.  In 12 regions where there were triangle races joined by the National Front, the Socialist Party and its allies scored 49%, against 33.5% for the Right and 17.5% for the National Front” (“La gauche confirme son succès, l’Alsace reste à droite,” 21 March 2010).  The Right held on to Alsace and captured Réunion.  The abstention rate is estimated to be between 49% and 49.5% this time, slightly lower than in the first round (53.6%), but much higher than in the second round of the 2004 regional elections (34.32%).

No St. Patrick, Kucinich Is a Phony Liberal Leprechaun
“We Are Not Anti-US, We Are Anti-Imperialist”