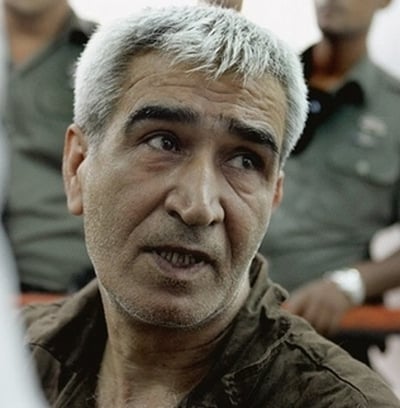 Comrade Ahmad Sa’adat, the imprisoned General Secretary of the Popular Front for the Liberation of Palestine, denounced any negotiations with the occupation, saying that “the solution to the critical historical conflict in the Middle East will only be the establishment of one state on the entire Palestinian national soil, from river to sea, with full equality for all.”

In an interview with Reuters released on May 5, 2010, conducted in written responses obtained through his lawyer, Comrade Sa’adat emphasized that any negotiations will not achieve the objectives of the Palestinian people and will only deepen internal divisions.  Comrade Sa’adat said that the establishment of a Palestinian state on 1967 borders and the right of return are considered a step towards the resolution of the historic conflict.  However, he stressed that the indirect negotiations being pushed by the United States are only a cover for the “continuation of an Israeli policy built on the continuation of occupation.”

Comrade Sa’adat condemned any Palestinian participation in these indirect negotiations, asserting that they frustrate any attempt to restore national unity.  Said Sa’adat, “The talks proposed by the United States to revive the ‘peace process’ that has been going on for the past 20 years only make clear the failure of Barack Obama, U.S. President, to fulfill any commitment he made to the Islamic world of a ‘new beginning.'”

Comrade Sa’adat that accepting such negotiations means utter abandonment of the Palestinian leadership’s demands, including the complete cessation of settlement construction.  He said that the dominant forces in the PLO should at least be expected to adhere to their own conditions.