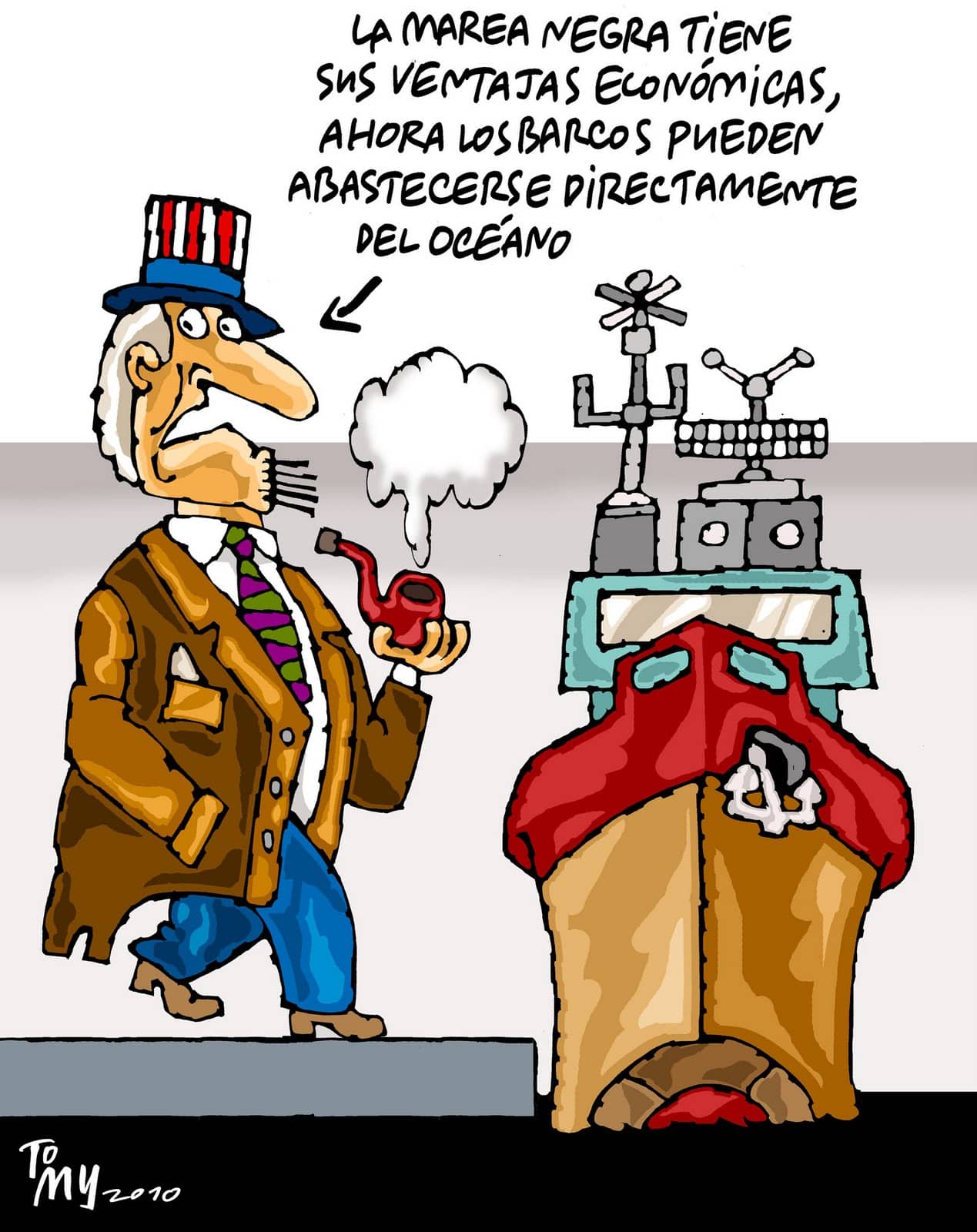 Uncle Sam: The oil slick does have its economic upside.  Now ships can be supplied with fuel right out of the ocean.

Tomás Rafael Rodríguez Zayas (Tomy) is a Cuban cartoonist.  This cartoon was published by Cambios en Cuba on 23 May 2010.  Translation by Yoshie Furuhashi (@yoshiefuruhashi | yoshie.furuhashi [at] gmail.com).  FYI: “In the days since President Obama announced a moratorium on permits for drilling new offshore oil wells and a halt to a controversial type of environmental waiver that was given to the Deepwater Horizon rig, at least seven new permits for various types of drilling and five environmental waivers have been granted, according to records.  The records also indicate that since the April 20 explosion on the rig, federal regulators have granted at least 19 environmental waivers for gulf drilling projects and at least 17 drilling permits, most of which were for types of work like that on the Deepwater Horizon shortly before it exploded, pouring a ceaseless current of oil into the Gulf of Mexico” (Ian Urbina, “Despite Moratorium, Drilling Projects Move Ahead,” New York Times, 24 May 2010).