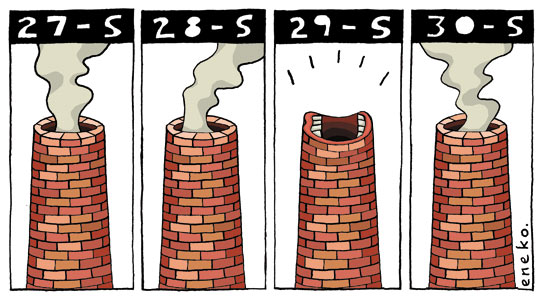 Eneko Las Heras, born in Caracas in 1963, is a cartoonist based in Spain.  This cartoon was first published on his blog . . . Y sin embargo se mueve on 27 September 2010.  29 September 2010 is a European Day of Action — “No to Austerity!  Priority for Jobs and Growth!” — called by the European Trade Union Federation.

Venezuela: Chávez’s Party Wins Elections But Ends Up Short of Two-Thirds Majority
Feel No Pain: Why a Deficit in Times of High Unemployment Is Not a Burden