I am taking a second, between various important analyses that are currently taking up my time, to refer to two issues that should be known to our people.

The United Nations, at the instigation of the United States, the creator of poverty and chaos in the Haitian Republic, decided to send into Haiti its forces of occupation, the MINUSTAH (United Nations Stabilization Mission in Haiti), which, by the way, introduced the cholera epidemic into that sister nation.

In early January 2009, the Secretary General of the Organization of American States (OAS) decided to appoint a Brazilian intellectual, Ricardo Seitenfus, his personal representative in Haiti.  At that time Seitenfus was working in his country’s Ministry of Foreign Affairs.  Seitenfus enjoyed well-deserved prestige in diplomatic and government circles in the Haitian capital on account of the frankness and seriousness with which he approached problems.  In 1993, he had written a book entitled Haiti: The Sovereignty of Dictators.  He visited Haiti for the first time that year.

Two days ago, on December 25, news agencies circulated the information that the OAS special representative had been abruptly dismissed from his post.  What prompted that drastic measure?

A few days before that, interviewed by Le Temps in Switzerland, Seitenfus replied to various questions from that newspaper, expounding his points of view with sincerity.  In a succinct synthesis I shall explain textually what happened according to information provided via Internet and translated from French.

The first question from Le Temps was: “In your view, are 10,000 Blue Berets in Haiti a counterproductive presence?”

Ricardo Seitenfus’ reply: “The system of conflict prevention within the framework of the UN system is not adapted to the Haitian context.  Haiti is not an international threat.  We are not in a civil war situation.  [. . .]  [T]he Security Council [. . .] imposed the Blue Berets in 2004, after the departure of President Aristide.  [. . .]  For the UN it was a question of suspending the power of government and transforming Haitians into prisoners on their own island.”

Le Temps: What is it that is impeding normalization in the Haitian case?

Ricardo Seitenfus: For 200 years, the presence of foreign troops has alternated with that of dictators.  It is force that defines international relations with Haiti and never dialogue.  Haiti’s original sin, on the world stage, is its liberation.  The Haitians committed the unacceptable in 1804: a crime of high treason in the eye of nervous people.  The West was then a colonialist, racist world of slavery, which based its wealth on the exploitation of conquered lands.  Thus, the Haitian revolutionary model made the great powers fearful.  The United States did not recognize the independence of Haiti until 1865 and France demanded the payment of a ransom in order to accept Haiti’s liberation.  From the beginning, its independence was compromised and its development impeded.  [. . .]  Nothing is being resolved, things are getting worse.  They want to make Haiti a capitalist country, an export platform for the American market — that is absurd.  [. . .]  There are elements in Haitian society who have managed to prevent violence from expanding beyond measure.

Is it not fatalistic to see Haiti as a nation that cannot be assimilated, whose only future is to return to traditional values?

One part of Haiti is modern, urban, and oriented abroad.  The number of Haitians living outside its borders is estimated at four million.  It is a country open to the world.  [. . .]  More than 90% of the education and health systems are in private hands.  The country does not have the public resources to make a state function even minimally.  [. . .] The problem is a socioeconomic one.  When the unemployment rate reaches 80%, deploying a stabilization mission is untenable.  There is nothing to stabilize. . . .

Haiti is one of the countries receiving the most aid from the world and yet the situation has only deteriorated over the last 25 years.  Why?

Emergency aid is effective.  But, when it becomes structural, when it replaces the state in all its missions, it leads to collective abandonment of responsibility.  [. . .]  The January 12 quake and subsequently the cholera epidemic have only accentuated this phenomenon.  The international community is of the sentiment that every day it has to redo what it finished the day before.  [. . .]  I hoped that, seeing the distress of January 12, the world was going to understand that it had followed a wrong path in Haiti.  [. . .]  Instead of drawing up a balance sheet, they sent in even more soldiers.  There is a need to build roads, to erect dams, to participate in state building, in the judicial system.  The UN says that it has no mandate for that.  Its mandate in Haiti is to maintain the peace of the graveyard.

What role are the NGOs playing in this failure?

Since the quake, Haiti has turned into an obligatory crossroads.  For the transnational NGOs, Haiti has been transformed into a location of forced passage.  I would even say something worse than that: a location for professional training.  [. . .]  An evil or perverse relation exists between the strength of the NGOs and the debility of the Haitian state.  Some NGOs wouldn’t exist but for the Haitian misfortune.

What errors have been committed since the quake?

In the face of the mass import of consumer goods to feed homeless people, the situation of Haitian agriculture has worsened.  The country is giving free rein to all humanitarian experiments.  It is unacceptable from the moral point of view to consider Haiti as a laboratory.  The reconstruction of Haiti and the promise of $11 billion that we hold out is arousing greed.  [. . .]  The Cuban doctors that Cuba is training . . . close to half of them, who should be in Haiti, are currently working in the United States, Canada, or France.

Haiti is constantly described as the edge of the world; do you see the country instead as a distilled essence of our contemporary world?

It is the distilled essence of our tragedies and the failures of international solidarity.  We are not rising to the challenge.  The world press comes to Haiti and describes the chaos.  [. . .]  For it, Haiti is one of the worst countries in the world.  You have to go to Haitian culture, you have to go to Haitian lands.  [. . .]  Nobody takes the time nor has the desire to try and understand what I would call the Haitian soul.

Beyond the recognition of failure, what solutions are you proposing?

In two months, I will have completed my two-year mission in Haiti.  In order to remain here and not feel overwhelmed by what I see, I had to create a series of psychological defenses for myself.  I would have liked to continue being an independent voice despite the burden of the organization that I represent.  [. . .]  On January 12, I learned that there is an extraordinary potential of solidarity in the world.  And one must not forget that, for the first few days, it was Haitians who, totally on their own, with empty hands, tried to save their nearest.  [. . .]  We have to think simultaneously of offering export opportunities to Haiti and also of protecting its family agriculture which is essential for the country.  Haiti is the last paradise of the Caribbean as yet unexploited by tourism, with 1,700 kilometers of virgin coast.  [. . .]  Two hundred years ago, Haiti illuminated the history of humanity and human rights.  Now it is necessary to give the Haitians an opportunity to confirm their vision.

One may or may not be in agreement with each and every one of the words of Brazilian Ricardo Seitenfus, but it is unquestionable that he voiced scathing truths in his replies.

I consider it appropriate to add and also to clarify:

Our country not only sent hundreds of doctors to the neighboring sister people of Haiti, but has also sent thousands of them to other Third World peoples, particularly in situations of natural disaster, and has contributed to the training of tens of thousands of doctors in our homeland and abroad.

Medical cooperation with Haiti began 12 years ago, on December 4, 1998.

When the dictatorship of Duvalier and the Tonton Macoutes — imposed for decades by the United States — ceased to exist and a popularly elected government assumed the leadership of Haiti, Cuba sent 100 doctors to provide services in that country, and the first contingent of young Haitian high school graduates came to Cuba to begin their studies in Medicine in 1999.

Then, in 2001, we initiated collaboration with the University of Medicine created by President Jean-Bertrand Aristide, to which we sent professors who also worked as doctors in the service of the Haitian people.  When the yankees promoted a coup d’état, and the School of Medicine was converted into a headquarters for the coup leaders, approximately 270 students there were transferred to Cuba with the professors and continued their studies in our homeland.

The Cuban Medical Mission, nevertheless, continued to provide its humanitarian services in Haiti, which had nothing to do with the internal political problems of a country under the occupation of coup soldiers, yankee troops, or the MINUSTAH forces.

In August of 2005, the first 128 Haitian sixth-year medical students returned to their country for their residencies, to work alongside the Cuban doctors providing services in Haiti.

From the second semester of 2006 through the second semester of 2010, 625 young Haitian doctors have graduated, whom we hold in extremely high regard.  Of these, 213 are working in Haitian government medical institutions; 125 in Cholera Control Medical Centers or in brigades going into sub-districts, alongside Cuban and Latin American doctors graduated from the Latin American School of Medicine (ELAM) who are combating the cholera epidemic; 72 are working in NGO and private medical centers; 20 in the so-called “Mixed Centers”; 41 are continuing their studies in a second specialty in Cuba; 27 recent graduates are already in Haiti awaiting placement; 14 are not working due to personal issues like pregnancy and motherhood; the location of another four is unknown; and one is deceased.

Lastly, 104 are working abroad, basically in Spain, the United States, Canada, and France; one in Switzerland; and four in Latin American countries.  It would be incorrect to pass judgment on any of them given that their country is extremely poor, lacking in resources and employment, and there is absolutely no confirmation that any of them has refused to serve their country.  They are medical resources much in demand, cradled in Haiti and Cuba.

The official figure of cholera-related deaths has risen to 2,707, giving a mortality rate of 2.1%.

For three consecutive days, not one cholera patient among those treated by the Cuban Medical Mission has died.  The mortality rate has already gone down to 0.57 out of the 47,537 patients treated by them.  The epidemic could be eradicated, thus preventing it from becoming endemic.

In tomorrow’s “Roundtable” at 6:00 pm, we will be hearing fresh and interesting news on the battle against cholera in Haiti, and voices with important news and authority on the subject.

I shall continue on Tuesday the 28th with the second point. 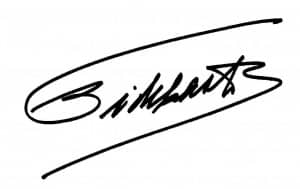