In November, Colorado Senator Michael Bennet was interviewed on National Public Radio’s Morning Edition by Renee Montagne.1  In the course of the interview, Senator Bennet told Ms. Montagne that, as a 45-year old, he would get no Social Security benefit if the program is not fixed.

Social Security trustees’ projections show that the program would face a shortfall beginning in 2037.  If the projections prove accurate, and Congress never makes any changes to the program, then Social Security is projected to be able to pay almost 80 percent of scheduled benefits in subsequent years.  This means that Mr. Bennet would be able to anticipate a benefit of $28,071 in 2038 and subsequent years.  In other words, the projections show Mr. Bennet can expect to get a substantial benefit from Social Security as long as he lives.

CEPR has prepared a table, below, showing the scheduled Social Security benefit for each member of the Senate.  It also shows the payable benefit, assuming that the projections for the program prove accurate, and Congress never makes any changes to Social Security.  (It has made numerous changes in prior decades.)

This table is intended to help the Senators in preparing their personal finances.  It should also help to inform them in making decisions about the future of the program.  And, hopefully it will prevent them from misleading the public as Senator Bennet did. 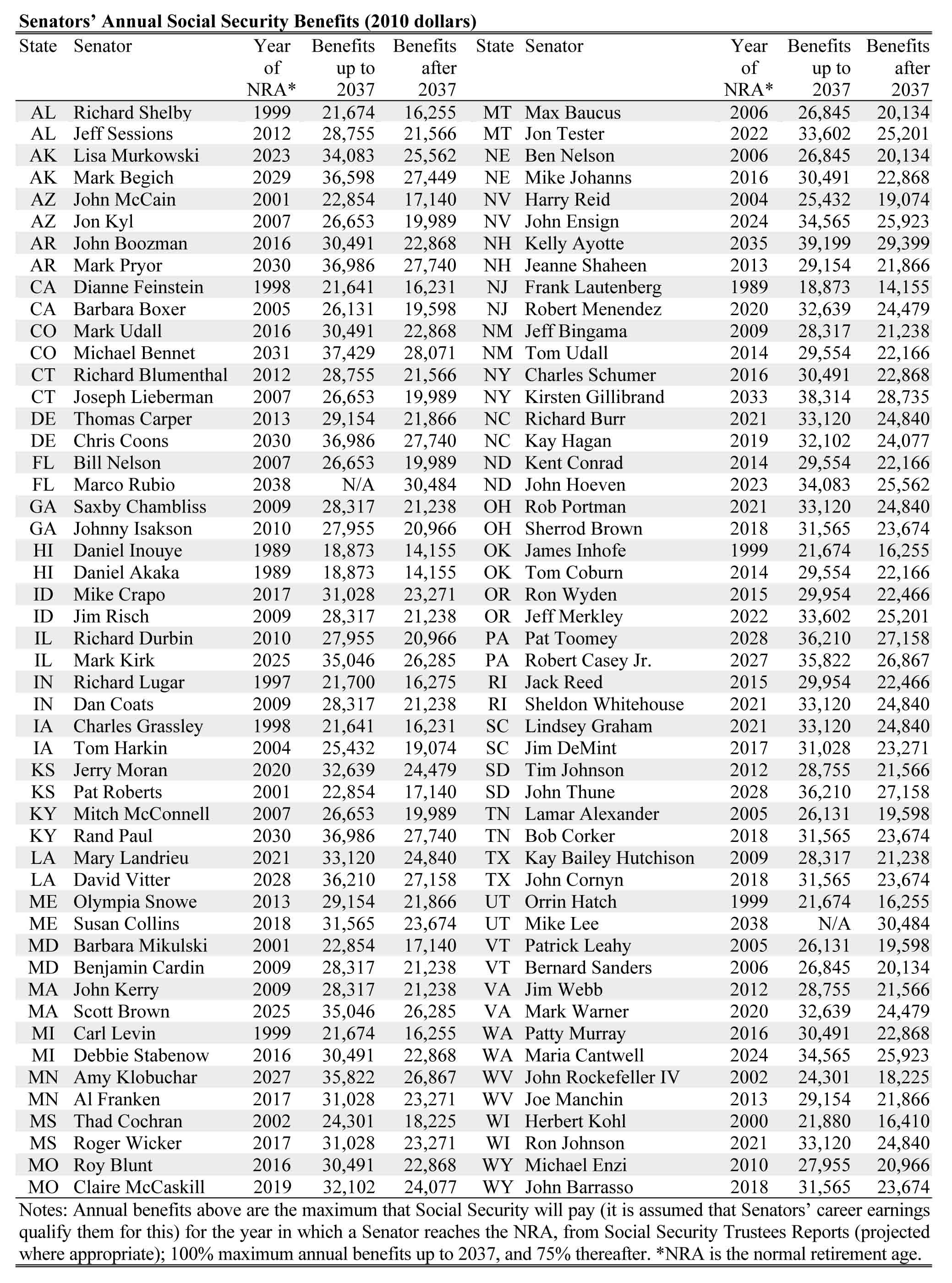 Dean Baker is an economist and Co-Director of the Center for Economic and Policy Research in Washington, D.C.  Kris Warner is a Program Assistant at CEPR.  This article was first published by CEPR in January 2011 under a Creative Commons license.