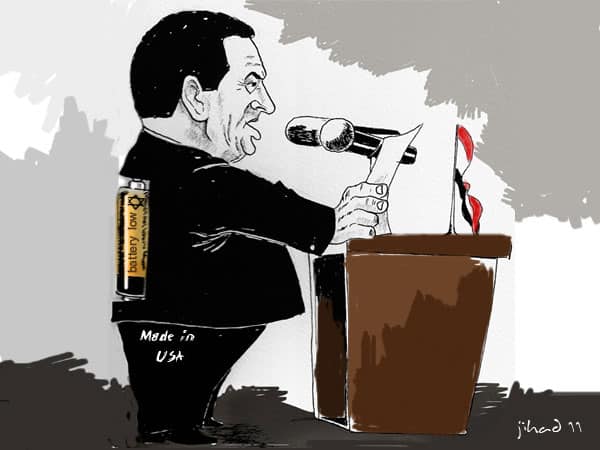 The Egyptian dictatorship, made in the USA, is still powered by an Israeli battery, but the battery is running low. . . .