The IHH Humanitarian Relief Foundation, as well as several other NGOs, held a protest against the Gaddafi dictatorship on 21 February 2011, condemning the Libyan head of state for giving orders to fire on civilian protesters, and expressing support for the Libyan resistance.  The protesters gathered in Taksim Square and marched on to the Libyan Consulate.  In front of the consulate, writer and journalist Hilal Kaplan read a joint statement indicting Gaddafi for crimes against humanity.  Mazlumder Istanbul Branch Vice President Cüneyt Sarıyaşar and author Hamza Türkmen also spoke in support of the Libyan people. 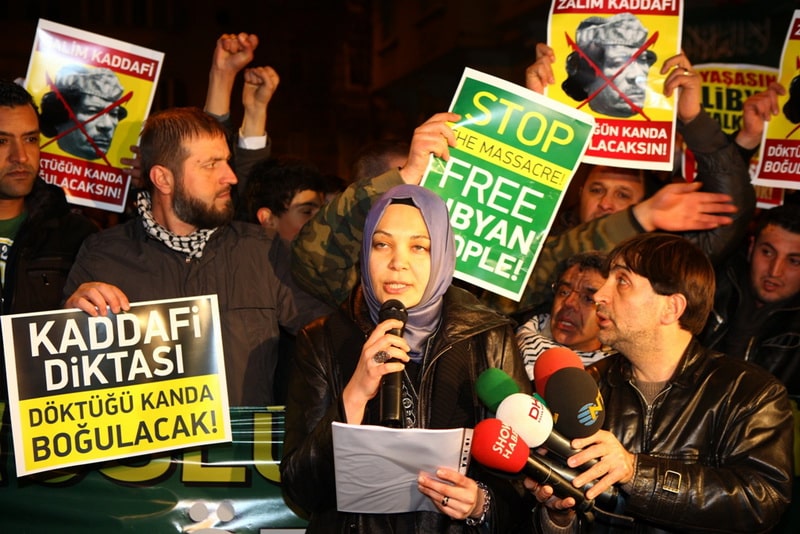 More photographs are available at <www.ihh.org.tr/istanbul-da-kaddafi-ye-protesto/>.  IHH burst onto the world stage as a joint sponsor with the Free Gaza Movement of a Free Gaza flotilla including the MV Mavi Marmara, the ship that Israeli forces attacked on 31 May 2010, killing nine Turkish citizens, one of whom was a Turkish-American dual citizen.